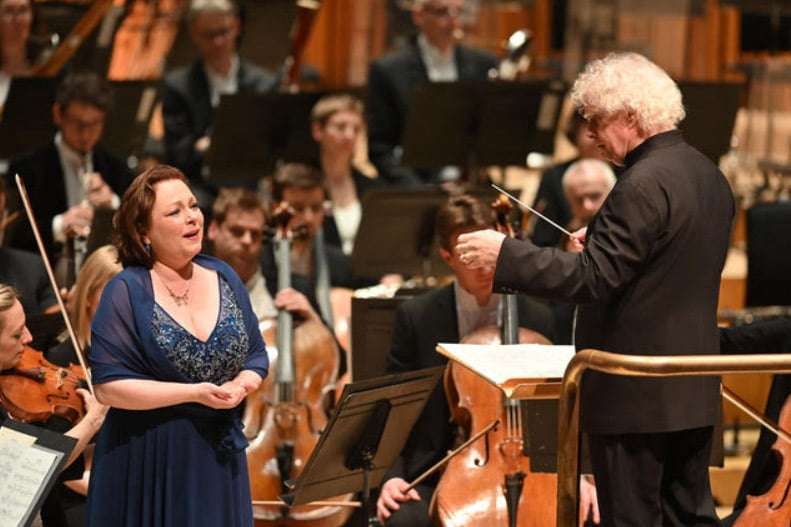 Alban Berg and Beethoven have been part of Sir Simon Rattle’s repertoire from the outset, though his often tortuous interpretive grappling with Beethoven has perhaps obscured the relative naturalness with which he has performed the music of Berg over several decades.

Certainly, there was no lack of conviction in his reading of Seven Early Songs, the 40-year old Berg purposefully revisiting his teenage years yet remaining faithful to influences seldom far below the surface. Dorothea Röschmann brought out the ominous expectancy of ‘Nacht’, and if ‘Schilflied’ was a little tentative, the ingratiation of ‘Die Nachtigall’ and inward ecstasy of ‘Traumgekront’ were as evident as the confiding intimacy of ‘In Zimmer’ or suffused fervour of ‘Liebesode’, before the evocative ‘Sommertage’ ended this sequence with forceful intent.

The Passacaglia that Christian von Borries realized from an abortive symphony finds Berg wrestling with the larger formal possibilities found in the final song of his Altenburg-lieder (which Sir Simon and Röschmann will hopefully tackle in due course). It remains a fascinating draft, if only for underlining the greater audacity of the Three Orchestral Pieces created from much the same source. Rattle currently seems (rightfully) intent on investing these with a symphonic continuity – whether in the stark emergence then subsidence of ‘Praeludium’, the capricious interplay of moods and motion in ‘Reigen’, or the intricately structured ‘Marsch’ whose Mahlerian angst was tempered by a Straussian panache that held good through to the assaultive climax then eventful winding down towards a close as brutal as it was inevitable. 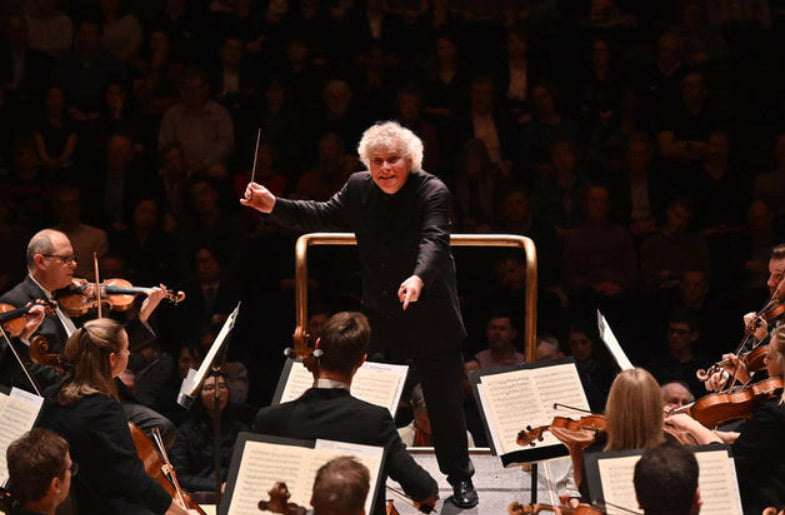 Whether juxtaposing these works with Beethoven’s Seventh Symphony was intended as a comment on the evolution of the Austro-German ‘tradition’, it was at the very least thought-provoking. Seasoned punters may recall an incendiary if reckless account that Rattle gave with the BBC Scottish Symphony around 1978, or a disconcertingly ‘scorched earth’ take with the London Philharmonic 15 years later. Since then, his Furtwängler-meets-Gardiner blueprint has come of age, such that there was little left to chance tonight. Its introduction imposingly drawn, the first movement had heft as well as energy – while lacking the ideal frisson at the apex of its development or in its coda. In its mingled pathos and pensiveness, the ensuing not-so-slow movement readily hit the mark and was accordingly the highlight.

Nor was there little to take issue with in the scherzo, Rattle finding keen accommodation between its bracing outer sections and none too portentous trios (the first of these lacking its second-half repeat in what was the only such omission). He then set an ideal pace, impulsive but not too headlong, for the closing movement – at its most perceptive in the deftly applied rhetoric of its development, with those antiphonally ricocheting motifs leading into the coda not quite eliciting the momentum needed to clinch this most Dionysian of symphonic finales.

Make no mistake, this was a finely prepared and often gripping account which warranted the enthusiastic reception it received.