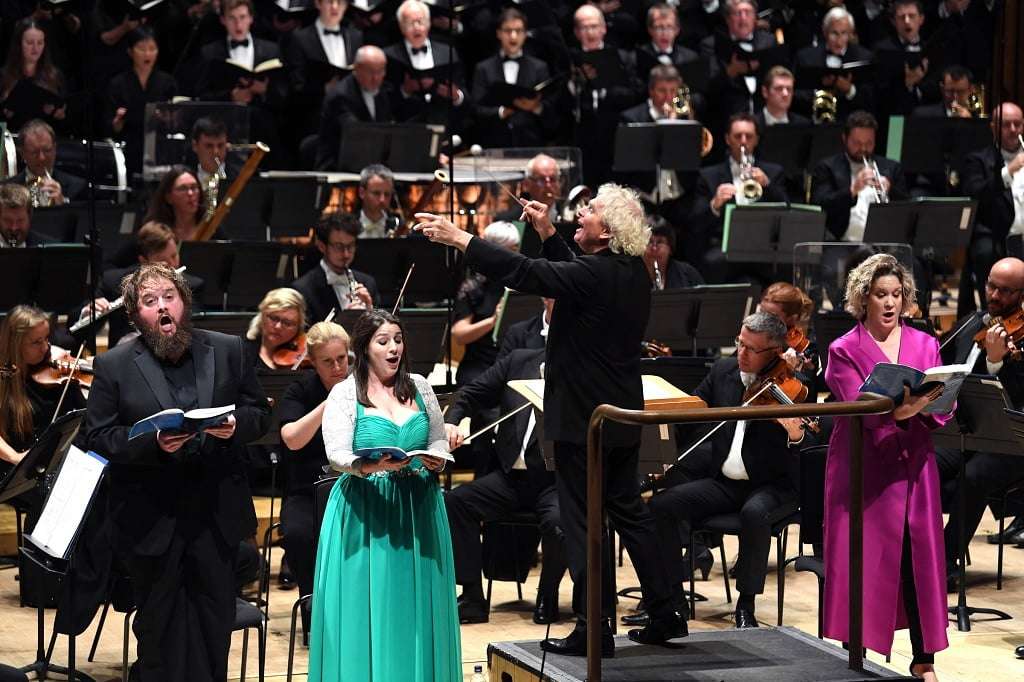 Spring sprung again in the second of the LSO’s new-season concerts, with a more populist preface to Britten’s Spring Symphony than the one played two days earlier. Such is Simon Rattle’s cachet currently that the Barbican Hall was full for both concerts. The brightness and vitality of the LSO sound still come as a sonic shock in this hall, if you haven’t experienced it for a while, and both came across powerfully in some red-blooded, idiomatic Dvořák and Janáček, which, incidentally, might not have been ideal companion pieces to the Britten.

In the selection of five Slavonic Dances from Opus 72’s set of eight, the LSO combined glamour with irresistible folk-inspired directness, covering anything from breathless knees-up to eye-pricking melancholy. The Opus 72 set is generally more serious than Opus 46, and the delirium of, say, No.7’s Kolo was offset by the shifting emotions and ambiguities of 2 and 3’s Dumkas. The LSO strings assumed a penetrating, wiry sound underpinned by imperious swagger from cellos and basses, and Rattle, brilliantly, steered a sure course between the Dances’ charm, exuberance and intensity, pulling off the alchemy of folk-filtered high-art delivering a palpable sense of place and identity.

The same applied to Janáček’s Sinfonietta, a work that in its twenty minutes distils the composer’s uniquely communicative style. The nine trumpets, on splendid, airy form in the fanfares, somehow expanded the restrictive acoustic, the woodwinds almost went into personality overdrive, and the strings sounded even more Slavic and muscular. While the LSO delivered its virtuosity with insouciant ease, Rattle conveyed its power and vitality.

I did wonder if this second performance of Spring Symphony was a further nudge from the LSO’s newish music director in the direction of a new home. With orchestra and main chorus at full strength hogging the stage, the 100-strong Tiffin Choirs spilled into the auditorium, conducted by Simon Halsey from the stalls. Perhaps War Requiem has more personnel, but Britten’s ambitious first large-scale choral work must run it a close second. Following on the heels of Peter Grimes, Spring Symphony, despite its child-friendly opportunities, is something of a Cinderella work, and I still get the overall impression that chorus and orchestra compete with each other.

The soloists were completely in the spirit of the work, with Allan Clayton showing of his fine pianissimo in ‘Waters Above’, Alice Coote casting her spell over Britten’s lovely setting of Auden’s ‘Out on the Lawn’, and Elizabeth Watts and Tiffin children on a charm in ‘The Driving Boy’. From the wintry, Mahlerian opening chorus to the skittish close, Rattle’s affection for and belief in the work came across with conviction. I’m not sure, though, about the choirs’ swaying in the last movement.