Classical Opera’s continuing 250th-anniversary retrospective of the working life of Mozart reveals that, even as a boy of twelve, he was able to sustain as hectic and varied a compositional schedule as he would until the end of his short life. Having performed the prodigy’s first full-length Italian opera back in June, Ian Page and the Mozartists turned their attention to the charming Singspiel Bastien und Bastienne, also composed in 1768. In comparison with the stage-works he had already completed, this is a slight composition in dimension, lasting a little less than an hour and comprising only three characters – the shepherd Bastien and shepherdess Bastienne, at loggerheads owing to the former’s presumed infidelity; and the soothsayer Colas, who engineers their reconciliation (partly with the use of spells in the vivid nonsense aria ‘Diggi, daggi’ that must have appealed to Franz Mesmer, of mesmerism fame, who is said to have commissioned the work). 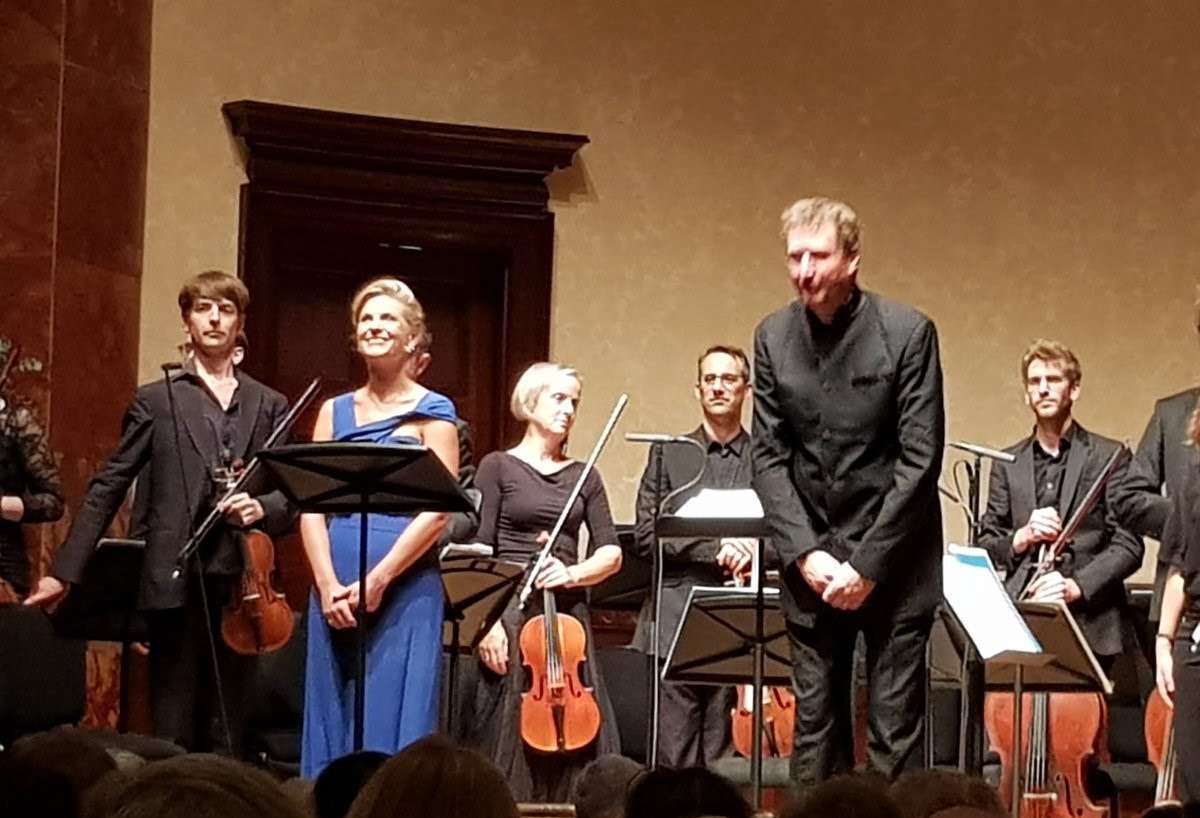 Nevertheless, it demonstrates Mozart’s genius for adapting his musical inspiration to the medium and resources he had to work with which, in this case, required something more simple and direct than the Latin intermezzo Apollo et Hyacinthus and the sacred play Die Schuldigkeit des ersten Gebots he had already written, not to mention the Italian opera buffa La finta semplice. Also, even in the simplest musical gesture, such as the striking pause after the querulous recriminations between the two shepherds as Bastien threatens to commit suicide, which heralds a reversion to their earlier feelings of affection for each other in suddenly different, tender music, one recognises the same intuitive response to a dramatic situation in the pre-teenage genius as is evident in the similar spine-tingling moment at the end of Figaro when Almaviva asks the Countess for forgiveness.

That quick-witted theatrical sensibility was well served by the vigour of Page’s reading that upheld a consistently nimble pace. In that respect the lively repartee of the spoken dialogue impelled, rather than disrupted, the flow, almost as though the spoken text was merely the punctuation in the otherwise seamless course of the music.

This performance claimed to restore the original version of the score which only came to light in the 1980s, revealing that the source which had been handed down before that constituted a slight revision to the original manuscript, with a supposed improvement by Mozart’s friend Johann Schachtner to the perceived roughness of the libretto, with some lines altered, and the spoken dialogue replaced with verse to be set in Italian style as sung recitative, only some of which Mozart completed. The result here, then, was a taut and effective interpretation, but it is a dubious claim that, as far as is known, this is the first performance of that original version since the premiere in 1768, as the work has usually been recorded, at any rate, with spoken dialogue anyway, unless the claim refers solely to the excision of those few lines of altered text elsewhere.

Ellie Laugharne sang the slighted shepherdess with admirable nobility and resilience, giving expression to the character’s coquettish wiles rather than any self-pity. Alessandro Fisher’s Bastien was surprisingly low key and could have projected more defiance and purpose in the role, although Page could have held in check the enthusiasm of the pounding textures of the orchestra, so as not to overwhelm the voice. No such problems beset Daniel Jeffery in the comic heft that he brought to the part of Colas.

In contrast with the earthy wit and levity of Mozart’s Singspiel, 1768 threw up one of Haydn’s early and great forays into the emerging Sturm und Drang (Storm and Stress) movement in European culture with his Symphony No.49 which opened this concert, named ‘La Passione’ in recognition of its unusually volatile emotional content. Even taking into account this stylistic idiosyncrasy, Page’s interpretation was less refined than in the Singspiel, and less structurally coherent. As one of Haydn’s Symphonies in the form of the older-fashioned Church Sonata (by starting with a slow movement) the opening Adagio lacked both arresting solemnity with a timbrally foggy start, and tension overall. Despite energetic outbursts in the Allegro di molto second movement and Presto Finale, these were too impulsive and imposed upon the music rather than mined from within it to make a convincing and satisfying account of an extraordinary work, notwithstanding fine contributions from oboes and horns.

Looking back a decade and more to the 1750s, Page extended the reach of this programme rewardingly to include five selections from two volumes of anonymous arias that were contributed as the musical components of the German-language comedies that were mounted at the Kärntnerthortheater in Vienna by the impresario Joseph von Kurz-Bernardon. The connection with the two known composers of this concert was made through the fact that Haydn collaborated with Kurz-Bernardon on at least one (now lost) musical comedy, and such works clearly developed over time into the form of the Singspiel that Mozart would take up in such compositions as Bastien und Bastienne, and to far greater artistic heights in The Abduction from the Seraglio, and The Magic Flute. The mock-serious content of the featured arias here seemed more like parodies of the high operatic traditions then in vogue, as exemplified by the likes of Jommelli and Hasse, and their composer(s) negotiated the relevant styles fluently.

Fisher made an excellent comic impact in two of the numbers, enacting the singer’s destruction at the hands of flies and insects whilst languishing in the state of rejection by his bride in ‘Die Brautzuvergessen’, and offering a snarling rebuke to the hypocrisies of the world in ‘O du arme Welt’. Laugharne played her part more straight in the three remaining arias, singing with charm and polish but which belied the irony and humour of the texts, as subtly implied by the apparently innocent throbbing of the accompaniments rightly provided by The Mozartists. Even so, any shortcomings were compensated for by the fascinating light shed upon the contexts within which Haydn and Mozart, the greatest musical exponents of the Classical era, were coming into artistic maturity in 1768.