Bernstein
Symphony No.2 (The Age of Anxiety)
Wonderful Town – a musical to lyrics by Betty Comden & Adolph Green [“concert version”] 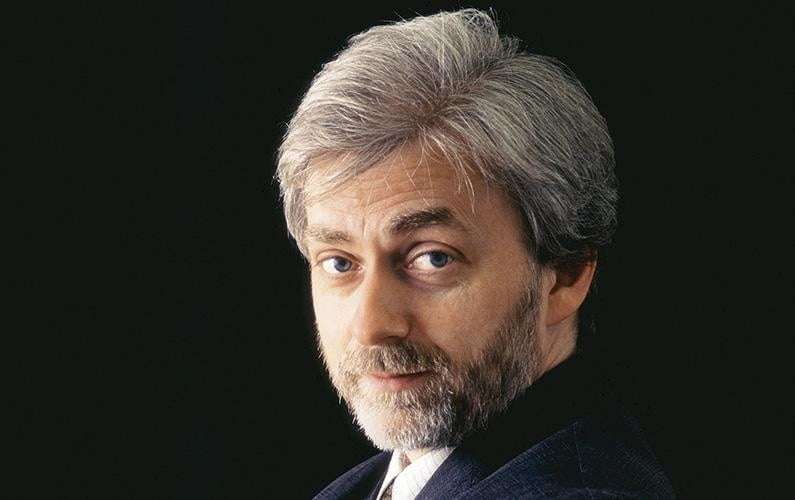 The LSO and friends will be reviving Candide next season but 2017 has seen the orchestra’s Bernstein 100 series ploughing dutifully through lesser fare. The other Symphonies having been entrusted to Marin Alsop, the Second received the Simon Rattle treatment, almost, one suspected, by default. The score has a complex intellectual superstructure which at first Bernstein regarded as essential but, in the wake of his 1965 revision, tended to downgrade. The work had become more or less a Concerto. And its subtlest and most distinguished advocate has long been Krystian Zimerman, much favoured by Bernstein himself and these days a frequent Rattle collaborator. At first sight it seems inexplicable that Zimerman should play such music at all given the restricted nature of his public repertoire but older concertgoers doubtless remember his performance under the composer’s direction during the LSO’s 1986 Bernstein Festival. In a recent interview Jessica Duchen discovered that he had played the work even before he did so with Bernstein. Serial collaborations followed. “He asked me: ‘Will you play this piece with me when I’m 100?’. And that’s why I’m playing it now, because I realised two years ago that he’d be 100. It’s a great piece. It’s so much fun. And it’s so much like him, with all the freshness and flexibility and craziness of his character.”

Zimerman, who has been known to surprise audiences with the Gershwin Preludes, can seem a little precious in the extreme sensitivity of his response to mainstream classics. Not so here. His playing was well-nigh ideal, the problem being a persistent asthmatic cough that appeared to pass from audience members to the pianist, on to a viola-player and back again in an unbreakable circuit. The ‘Prologue’ begins with just a pair of clarinets in lonely pianissimo duet. Chris Richards and Chi-Yu Mo, playing exquisitely, were all but drowned out. Later on, at the end of the jazz party that is ‘The Masque’, the piano falls silent while the instrument (or its double) is still there in the phantom form of a second piano within the orchestra. This marvellous, quiet piece of wordless theatre was obscured by Zimerman’s own coughing! It was a brave effort nonetheless and his account of the interpolated cadenza was simply sublime. More serious passages were taken at riskily broad tempos, the LSO strings big and passionate. 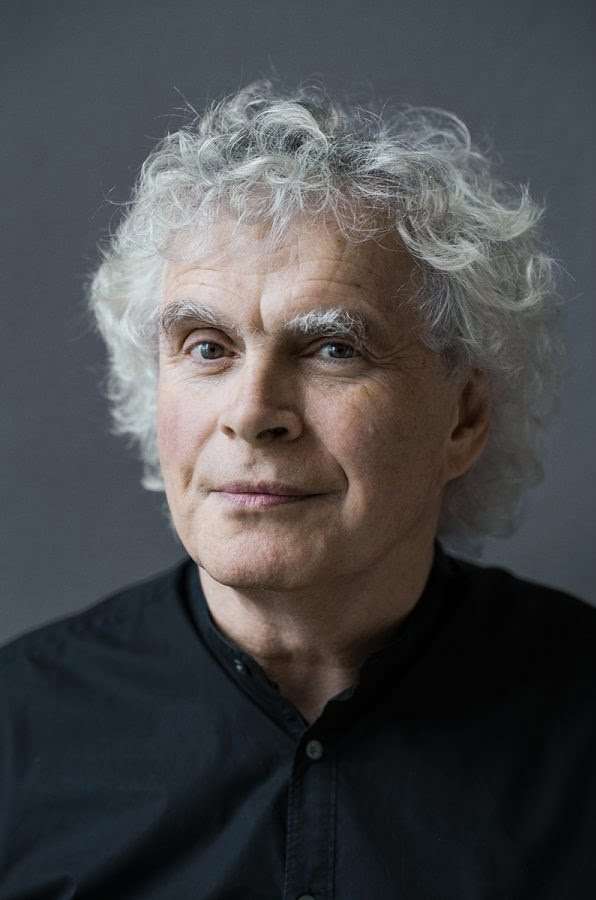 A major platform change was necessary for the second half, Wonderful Town rather more dramatic than the billed “concert version” implied though spoken connecting tissue between numbers was excised. Lighting, costume and movement went uncredited – I seem to remember that some earlier incarnations of Rattle’s semi-staging included a nod to one of his previous wives but that could be a false memory. Suffice to say that the mix of Broadway and operatic voices came off very well, helping to disguise the limitations of what is, by Bernstein’s standards, a flimsy and generic sort of score, dashed off in record time. Rattle has always liked it, giving performances in Birmingham and Berlin, none more idiomatic than this. The reconstituted LSO included five saxophones and a raised row of double basses placed between the rear of the orchestra and the choir seats. The stage was extended into the front stalls but not to the extent that Rattle sometimes favours (which can limit sightlines from the remaining seats whatever it does for the acoustics). The main disadvantage was the un-cushioned nature of the appended blocks which made the various semi-choreographed comings and goings rather noisy for those seated at the front. Voices were miked-up, not absurdly so.

Any exponent of the key role of Ruth has to live with Rosalind Russell’s example and Broadway star Alysha Umphress was arguably a little pale. On the other hand she can sing (Russell was more of a foghorn) and Rattle gave her the space to articulate the sassy lyric of ‘One Hundred Easy Ways’. Sister Eileen was the ever-ingratiating Danielle de Niese, here not too cloying in a fetching red frock, moderating her vibrato effectively and scoring a personal triumph with ‘A Little Bit in Love’. Nathan Gunn did his customary stand-in for Thomas Hampson as Bob Baker, the nearest thing in Wonderful Town to a male lead. The role of Wreck is oddly limited but Duncan Rock brought the right kind of compromised virility to his one number, explaining how his sporting ability has compensated for any academic shortcomings. It still happens in the best universities. 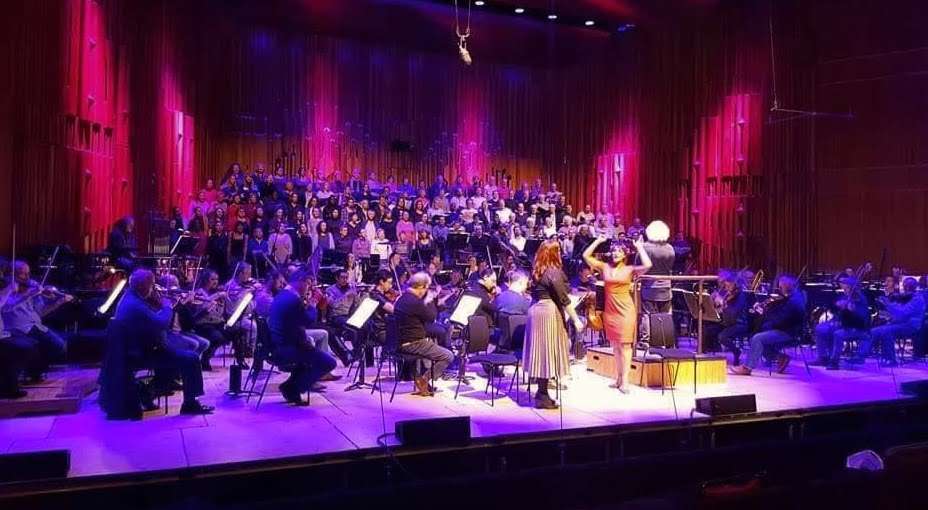 Act One’s closing number, ‘Conga!’, was encored at the end as has become a tradition for Rattle, enthusiastic performers and audience members mingling in the aisles. For some no doubt the fun felt more manufactured than spontaneous. Not so for the irrepressible LSO violinist, Maxine Kwok-Adams, dressed in south-sea-island finery and blowing bubbles in celebration. My own reactions fell somewhere in between. While Betty Comden and Adolph Green were fabulous lyricists, many of their lines here have dated to the point of incomprehensibility and their mock-Irish scene is a serious embarrassment. Perhaps it doesn’t matter if you get into the party mood. The LSO’s remarkably generous free programme contained full texts and notes on the works in which I should perhaps declare some interest. So why the multiple howlers in the uncredited paragraph on Bernstein and Musical Theatre? As for the artwork it is perhaps up to younger readers to comment on the orchestra’s post-modern rebranding!