MacMillan
They saw the stone had been rolled away
A New Song
Catherine’s Lullabies
Nicolson
Two Sisters, A Rose, A Flood and Snow: Four Tales of Enchantment [World Premiere of Revised Version] 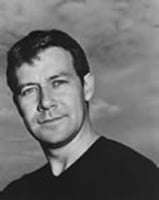 Alasdair Nicolson’s “Two Sisters, A Rose, A Flood and Snow: Four Tales of Enchantment” was commissioned for the LSO St Luke’s Community Choir and Youth Choir and soon expanded with a larger chorus and more detailed orchestration. This was the first performance of the rewritten version.

Nicolson divides his lengthy work into four sections evoking Spring, Summer, Autumn and Winter. Each season represented by a folk-tale, the narratives delivered by large chorus, four vocal soloists and narrator. The orchestra plays an even greater part, the instrumental scenic depiction explicit and the use of musical motifs prevalent. Nicolson balances his large forces carefully and intelligently, making use of his soloists sparingly, their interjections pithy and dramatic.

The composition is both operatic in its scope and cinematic in its presentation. Though the composer’s programme-note rejects the work’s potential Wagnerian aspects, the through-composed scenas and interlocking motivic ideas strongly suggest the German composer. I also sensed Britten sometimes, the orchestral interludes between movements particularly fragrant and arresting and reminiscent of “The Turn of the Screw”. However, Nicolson’s great achievement is his presentation of beautiful, tuneful music without any suggestion of banality. The harmonies are varied but consistently luxurious, while the melodies flow effortlessly, carrying with them an undeniable sense of childlike wonderment. I was reminded, above all, of Prokofiev’s “Peter and the Wolf”, a similarly depictive work, though on a smaller scale: Nicolson’s composition conjures every ounce of magic to be found in that earlier masterpiece, presenting it on a grander and arguably more inspiring scale.

The composer conducted the LSO, presenting an endlessly varied soundworld, Summer burning with rich double bass drones and brass motifs while Winter was replete with freezing violin glissandos and the brushings of cymbals. The London Symphony Chorus, LSO St Luke’s Community Choir and LSO St Luke’s Youth Choir sang magnificently, enunciating very clearly. The vocal soloists were perfectly adequate, the two sopranos displaying clean coloratura, but all tended to struggle with projection, the dramatic dialogue often lost amid the orchestral magic. This was a shame: the orchestral score closely follows the text and, with the text often unclear, certain motivic repetitions seemed gratuitous. Nevertheless, there was no lack of commitment. Matthew Gibson (one of the LSO’s double bass players) narrated characterfully. A superb performance of a brilliant new composition.

The concert’s first half, comprising three works by James MacMillan, was marred by an incessantly squalling baby. Musically, though, there was much of note. Best of all was the anthem “A New Song”, in which the London Symphony Chorus’s languid delivery was matched to a subtle and resonant orchestral performance conducted by Joseph Cullen.