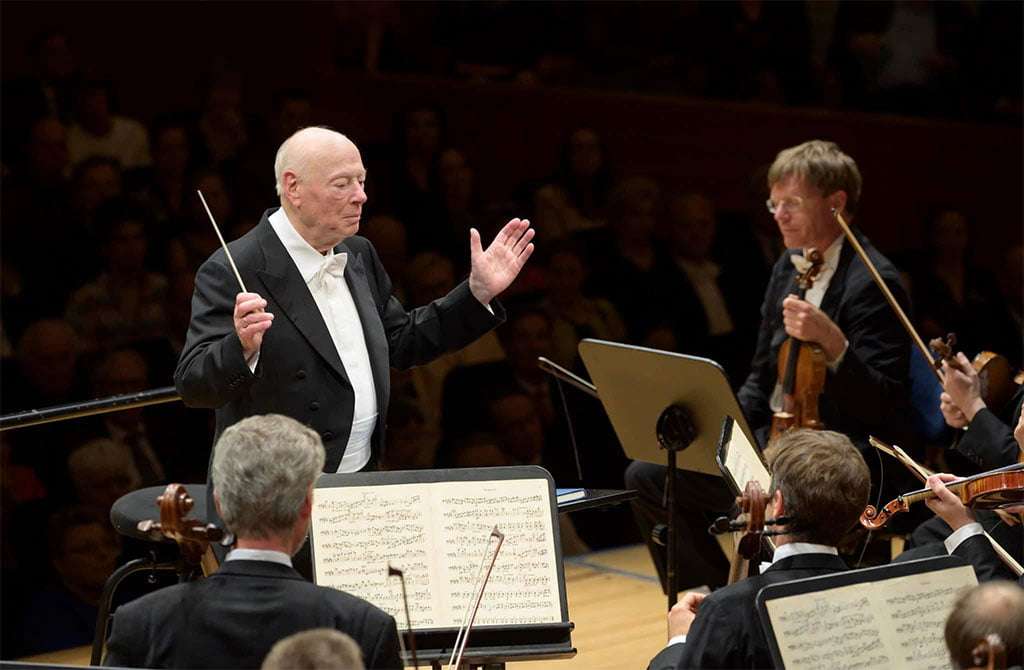 Whether Bernard Haitink will now retire from conducting permanently or merely take a sabbatical, this was his last concert for the foreseeable future, repeating earlier forays into the same repertoire with the same performers over the last couple of weeks. There was no sense of final thoughts, however, in these two masterworks, of which Haitink has been a pre-eminent interpreter for over half-a-century. Rather, utterly authoritative and compelling accounts which yet revealed a lively mind still at play, bringing freshness and illumination to these compositions.

In Beethoven’s Fourth Piano Concerto, Haitink established absolutely the right tempos, reminding us that this is a generally relaxed, genial work of the composer’s middle-period, contemporary with the mellow contentment of the Violin Concerto, rather than one of the turbulent, heaven-storming masterpieces of that stage of his development. Although unhurried, the opening Allegro moderato built up unarguable momentum in its own space and time, with sforzandos exploited to expressive ends, rather than making a jaggedly argumentative point during the music’s course.

The Vienna Philharmonic achieved a seamlessly blended timbre, though still encompassing Mozartean clarity in detailing, paving the way for Emanuel Ax’s crisp and deliberate execution of the solo part, its grace complementing the orchestral texture rather than working against it. Ax certainly delineated rhythms clearly, for example the shift between oscillating quavers in duple then triplet patterns as the first theme takes off. But at other times a well-judged rubato subtly achieved a change of gear to drive the music forwards cogently. The stern string phrases of the Andante con moto were emphatic though not rough, the piano then responding with thoughtful dialogue. Haitink led virtually straight into the Finale, letting the shift from the E-minor concluding chord of the previous movement to the C-major shudder which opens the Rondo register with quietly gripping purpose. Again, the pace of was judicious, rightly taken as a joyful outlet of energy, but not racing ahead to obscure detail or logic. Ax’s fairly assertive manner with Beethoven’s cadenza – as also for the first movement – clinched the argument, making the conclusion sound inevitable without at all forcing the point. 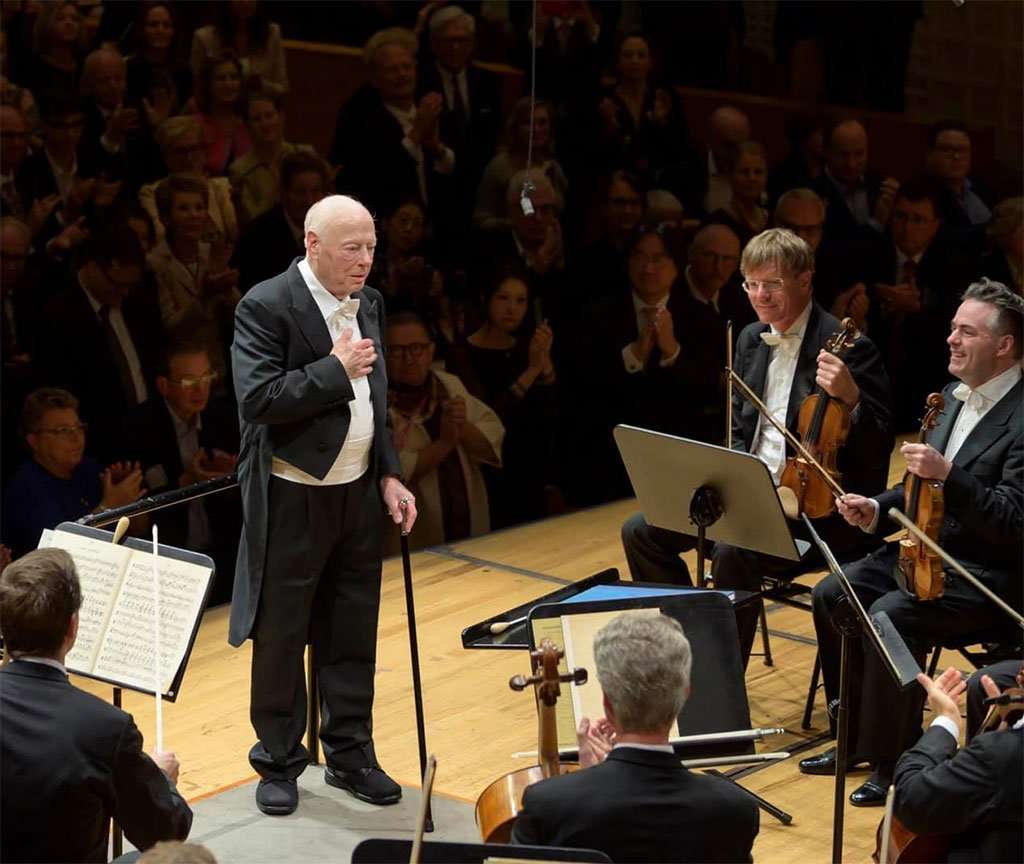 Such timbral luminosity as featured in the Concerto was raised by at least a power of two in this performance of Bruckner’s generally radiant Seventh Symphony. If the composer wrote some or all of it with the end of Wagner’s life in mind, then this interpretation certainly bore the hallowed awe of the latter’s final music drama, Parsifal, at least in Debussy’s description of that score “as though lit from behind.”

Even today, surely few or indeed no other orchestra in the World apart from the Vienna Philharmonic could combine so much richness of tone with such airy lightness (as in the long-breathed opening melody), rising to incandescent intensity in the more densely orchestrated and brass-laden passages. Unanimity of ensemble played a central role in that, such that it always seemed as though the orchestra proceeded as one instrument.

By itself that would only have constituted one felicitous dimension in this account. What led it to greatness was Haitink’s masterful way of negotiating the pauses and joins between different sections which sound awkward or abrupt in less-assured hands, through his effortless rubato set in the context of tempos which were by no means extreme. The Adagio was almost brisk, with a palpable, flowing quaver pulse, though certainly not short-changing the music. The Scherzo’s attractive one-to-a-bar swing gave way to a slower and more lush-toned Trio, whilst a certain dance-like levity for the opening theme of the Finale did not preclude a sublime grandeur in the huge, granitic, dotted tutti scales that imported gravitas and inevitability to the work. That rendered fatuous the critique of some that the Finale fails to live up to the weight and proportions of the rest of the Symphony, proving that mere lengths of movements relative to each other are irrelevant to their innate significance.

As Haitink has shown with such success and inspiration over his long association with Bruckner, time unfolds in its own magical way, or even appears to be transcended. Similarly, such interpretations as this by Haitink will defeat the destructiveness of time’s passage to remain in the minds of those who have had the privilege to hear them.