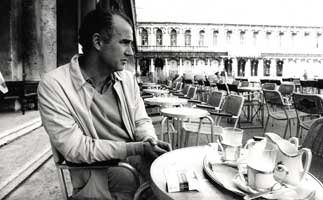 Although Luigi Nono (1924-1990) has long been acknowledged among the leading post-war figures, performances outside the main European centres have been infrequent: not least in the UK, where his music was long seen as an adjunct to his political convictions – and misrepresented by admirers and detractors alike. This retrospective should go much of the way to redressing that imbalance, and while it is a pity that neither of the Southbank Centre’s resident orchestras is involved, the calibre of musicians featured and range of works included should present Nono’s music to best advantage.

Such was certainly the case here, with Diego Masson conducting the London Sinfonietta in three highly representative works. On which point, it is worth recalling the late John Warnaby – who drew an astute parallel between Nono’s three ‘periods’ and those of Beethoven: a first period in which the composer built on the musical achievement of his immediate predecessors, transforming and often intensifying it in the process; a second in which the composer met the challenge of musically embodying his era’s social and cultural concerns head on; and a third in which the composer reassessed his approach to composition such that he also redefined what music is and what it can be.

It was an equally astute decision to open with Incontri (1955), the ensemble piece that consolidated his reputation among the European avant-garde – for all that this sequence of ‘encounters’ between independent musical structures and contrasting instrumental groups owes more to Varèse than any of Nono’s serialist contemporaries. It was a tribute to Masson that, while the cumulative emotional charge of this eight-minute work was never in doubt, the poise with which it moved between relative dynamism and stasis in the interests of formal and expressive proportion was equally in evidence. 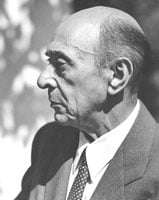 Nono was Schoenberg’s son-in-law and it was fitting that music by the Austrian master be included. The First Chamber Symphony (1906) might not have been an obvious choice but worked superbly in context. Not only does the difference in time between it and the Nono pieces played in the concert’s second half span almost the entirety of the twentieth-century, but the three works also outline a logical and compelling musical development. The present work saw Schoenberg compressing the dimensions of a late-Romantic symphony, placing the emphasis almost entirely on motivic interconnections – as well as reassessing the balance between wind and strings to a profound degree. Masson made a virtue of the balance between sectional and cumulative growth; emphasising the music’s formal clarity and emotional range as surely as its cohesiveness and inherent vitality.

The second half featured works that represent either end of Nono’s composing. Variazioni canoniche (1950) is an uncommonly assured ‘Opus 1’. The debt to Schoenberg runs deeper than the ingenious deployment of the note-row from the latter’s “Ode to Napoleon”: rather Nono shows his allegiance by the degree to which the four sections – which might be termed ‘prelude’, ‘episode’, ‘apotheosis’ and ‘postlude’ – combine as a single entity. Here, however, the musical evolution is more gestural than motivic – whether in the coalescing of ideas in the first section, their intensification and culmination in the second and third, or their gradual but hardly tranquil receding (witness the plangent saxophone solo) in the final section. Moreover, the whole work is shot through with an expressive power (derived from Berg via Dallapiccola) far removed from the then concerns of the Darmstadt generation, and which was potently conveyed by Masson in this finely integrated and powerfully felt performance.

Qualities which also distinguished that of No hay caminos, hay que caminar (1987) which ended the concert. The second in a trilogy of late works that bear this inscription (from that on a Medieval cloister in Toledo) – “Traveller, there is no path, there is only travelling itself”: a sentiment permeating Nono’s later music in general. Nor is the connection with Andrej Tarkovsky made explicit – though a concept of Utopia is central to both composer and director, while the division of the orchestral into distinct groups (those offstage placed halfway back and to the sides of the auditorium) mirrors the temporal layers along which Tarkovsky’s films move. The evolution from motif through gesture to sound itself is now complete: what gives this work coherence is the placing of those sounds – in music that does not so much unfold in time as expand in space, accumulating momentum though the way the ensembles intensify the sounds heard. Music that does not so much defy time as redirect and, in so doing, questions how we listen and what we understand through the process of listening.

Masson’s account lacked nothing in perception, whatever the degree to which the spatial aspect was governed by the QEH itself. It certainly left a tangible impression, and raised the bar high for future concerts in this retrospective. If Nono ever doubted his music’s ability to influence hearts and minds, he would surely have been gratified by these performances and the response from those listening.

This concert was dedicated to the memory of Sebastian Bell (1941-2007) – Principal Flute of the London Sinfonietta since its inception in 1968, and a veritable force for good in the musical world. Berio’s Autre Fois, composed in 1971 in memory of Stravinsky, opened the concert as an apt tribute.