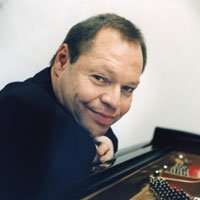 “Winterreise” was written for the tenor voice and the transpositions required to make it suitable for a bass-baritone can completely destroy the myriad changes of mood, in this, the greatest music ever written for the human voice. Many bass-baritones – such as Hans Hotter – have also conveyed a uniformly dark and often painfully slow, view of the work.

In the first three songs of “Winterreise”, the performers here, Thomas Quasthoff is one of today’s finest singers and commanded a sell-out Wigmore Hall, established a series of traits, which would continue throughout the performance. Charles Spencer offered a lush, heavily pedalled, bed of sound, which lacked any sense of attack or definition. Each tempo was too slow and came close to being laboured. Quasthoff used a muted dynamic range, which rarely moved up to, or beyond, mezzo forte. Indeed ‘Der stürmiche Morgen’ and ‘Mut!’ seemed to be deliberately under played, with vivid word-painting making up for a lack of volume. As ever with this singer, there was a vast range of tonal shading and colouring on display and there were many beautiful moments, when Quasthoff’s pp and ppp phrasing was breathtaking. Nor have I heard the opening to ‘Das Wirthaus’ sound so much like a combination of tolling funeral bells and an austere Lutheran hymn. 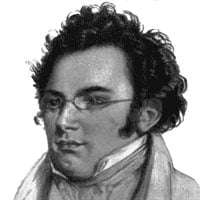 This style of singing can work, but not so the tempos and over-pedalled accompaniment. Nor was any attempt made to show that the traveller is a young guy. This was probably intentional, so as to emphasise the emotional universality of the settings.

Yet at the end of the cycle there was sustained, total silence and as Quasthoff returned to the platform for the third time, the audience, quite rightly, rose. Afterwards, in the foyer, there was little conversation. I felt profoundly empty and cold and the singer’s voice kept entering my mind, as it still does.

The cumulative effect, however misjudged each song might have seemed, was profound. Rarely have I heard the final four songs convey such a collapse into spiritual and emotional annihilation. Although the cycle would have been even more devastating with a more varied accompaniment and slightly quicker tempos in some of the songs. One cannot but wonder how, in an ideal world, Stephen Kovacevich would have responded to Quasthoff’s conception.

Fortunately BBC Radio 3 recorded the recital and will broadcast it on 1 November. I look forward to trying to work out exactly how Quasthoff seemingly broke most of the rules and still got it so searingly right!