A well-balanced concert in the ongoing “Luigi Nono: Fragments of Venice” festival – opening with Piccola Musica Notturna (1954), one of Luigi Dallapiccola’s most perfectly realised pieces and which, as with the Busoni Elegies that no doubt inspired it, would surely receive more frequent performance were it not so difficult to programme. Heard here in the composer’s chamber reduction, Diego Masson drew attentive playing from the Royal Academy’s Manson Ensemble, though the combining of motifs in the final stage did not bring the corresponding expressive intensification that it might have done. 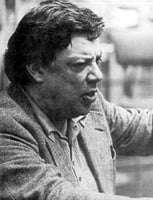 From the poise of Dallapiccola to the verve of Bruno Maderna, his penchant for musical indeterminacy to the fore in Serenata per una satellite (1969) written to commemorate the launch of the BOREAS satellite by the European Space Operation Centre in (appropriately enough!) Darmstadt. All the means of composition are supplied in the score, with the ends to which they are directed left to the players to decide: Masson can hardly be a stranger to this piece, and his incisive direction – of what seemed to be the instrumentation as originally specified – engagingly confirmed that of the Italian composers of his generation, Maderna was the most capricious and, in the most meaningful sense, entertaining.

Nono was represented by his ‘Opus 2’: Polifonia-Monodia-Ritmica (1950) – heard in the original version that Hermann Scherchen cut by a third out of fear it would over-tax the audience’s concentration. Yet it seems shorter when the formal process is allowed to unwind on its own terms: melody lines (derived from a Brazilian folk song – itself a provocative gesture in the Darmstadt of that period) emerging gradually and intently; then, in the central section, taking on greater rhythmic animation as the work reaches its climax – saxophone and percussion bracingly to the fore – before dispersing in a stark ‘ceremonial’ postlude. The performance was a fine one, with the players giving the music a ‘lift’ to remind one that the era of free-jazz ensembles was not too far in the future.

After the interval, a short piece by RAM postgraduate composer Patrick Nunn. Läuten (2007) derives its title from the German ‘to ring’, and its content from the overtone spectra of the bells at Cologne Cathedral – each of them being ‘revealed’ in a broadly cumulative sequence (and with the largest bell emerging at the golden section) that draws some invitingly translucent sonorities from the ensemble and, at least in the present performance, makes for an abstract yet evocative piece in its own right. 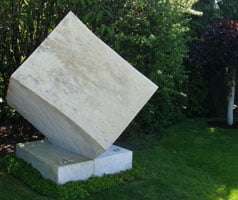 The concert ended with a major work by Schoenberg – appropriate in context as, for all the influence that Dallapiccola, Maderna and Scherchen had on Nono during his formative years, it was the Austrian master (whom he never actually met) who served as all-round exemplar of what a composer should bein the post-war era. That said, Serenade (1924) is one of Schoenberg’s most resilient and purely enjoyable works, for all that its central setting of Petrarch’s “Sonnet No.217” marks the composer’s unabashed use of a note-row to determine the overall form. That movement often seems unnecessarily abrasivein context, but George Humphreys’s strong yet mellifluous singing ensured it did not feel out of place.

The remainder was unalloyed delight – Masson making the most of the invigorating sonorities that the composer draws from his ensemble (guitar and mandolin to the fore), while ensuring that the work’s recourse to Baroque and Classical forms, and (uniquely for Schoenberg) its literal repeats, are part of a dynamic and imaginative whole: one that is brought full circle by the transformed reappearance of the opening ‘March’ in the ‘Finale’. Schoenberg – and Nono, too – would surely have voiced approval.