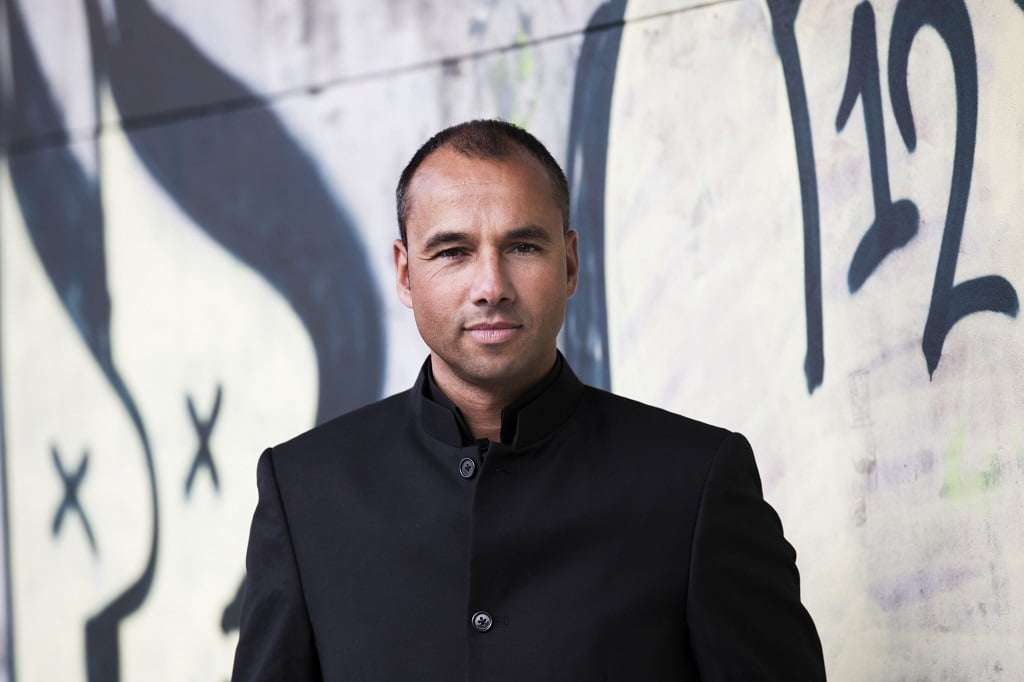 As cultured, balanced programmes go, this was one of those enriching encounters that will remain in the memory. Half-Dutch, half-Maltese, based in Holland, Lawrence Renes is a conductor steeped in Austro-German repertory. The theatre is his forte (including a tenure as music director of the Royal Swedish Opera) but he also identifies strongly with the Beethoven-Brahms-Bruckner-Mahler-Strauss tradition. His beat and style is economical, free of histrionics, intent on nurturing his players, giving them liberty within structured, disciplined reference points. He’s good these days at letting the music flow, coaxing rather than controlling its rhythm and dynamic, building long paragraphs into tensioned zones and cathartic resolutions, pacing repose and climax with refinement. Drama and colour, subtle nuances, make up his soundworld. Befitting his experience in the opera pit (historically the training, testing ground of so many conductors of worth), he’s a persuasive communicator, breathing naturally with soloists and players, shaping accompaniments into beautifully caressed cameos of support, background and glints of emotional and expressive light.

Wagner’s five Wesendonck-Lieder (1857-58) from the Tristan period – the fruit of a relationship with the well-endowed Swiss Wesendonck family involving financial commitment, extra-marital infatuation and poetry – displayed Renes’s elegance from the opening murmurs of Felix Mottl’s 1893 arrangement (Mottl undertook 1-4, Wagner himself No.5). Here, in some Orpheus land, was an abundance of textured G-major nuances, warm sensuality and ebb and flow, Wagner’s horizons picked out in deep registers, delicately pointed solos and soaring lines. “An angel has come down to me … leading my soul heavenward.” Come the end of the cycle, in muted A-flat, “wondrous dreams … glowing and fading on your breast” came to take their farewell, sinking grave-wards, looking back in wistfulness. Some performances (and recordings) make more of the music’s fortissimo moments, letting trumpets and horns cut through, for example at the close of the fourth song. Renes opted generally for restraint and softer blending, in ‘Träume’ yielding a postlude, and orchestral agreement, of smoky, throbbing romantic intensity. Emma Bell, quintessentially the ideal kind of full, dark Wagner soprano, responded with queenly poise and command, her clearly dictioned words winging their way across orchestra and auditorium. If Renes provided the paragraphing of the music, she it was who touched the poet’s phrasing – spinning spells of unendlich anhaltende Liebe, eloquently paced and peaked. Twenty-three distinguished minutes.

With Bruckner Four, purportedly its Maltese premiere, Renes delivered an architecturally considered reading, faithfulness to the page more important than personal intervention. Keeping the beat simple and unfussy, maintaining rather than fluctuating tempo, played no small part in his conception. Once, in the Trio of the Scherzo, he permitted the licence of some rubato to underline the Austrian rustic feeling of the oboe and clarinet line (and highly convincing it was, too – echter Stil). But for the rest he left Bruckner to hold the reins, guiding and welding only where necessary. At either end of the work – the codas to the outer movements – he dug deep, E-flat, on its Jovian journey from the ‘Eroica’ to Heldenleben, ringing out with all the heroic blaze of some five-manual organ in a vast cathedral space, eighty players at full throttle to the final full-stop, Bruckner’s grammar crystal clear.

Stiffened with a number of imported extra desks, led by Karen Shahgaldyan (a former member of Spivakov’s Moscow Virtuosi), the Malta Philharmonic Orchestra, following a week of rehearsals, rose to the occasion boldly, their familiar section principals excelling. Heading an especially well-blended horn section Etienne Cutajar (for some years with the BBC Scottish Symphony) took his exposed opening solo majestically, finding a lonely voice in the tension between open fifth and minor sixth. In the tuttis Renes encouraged the heavy brass to rasp effectively through the tenor and bass registers, theatrically reinforcing Bruckner’s palette. Effective, too, particularly in the spatial dialogue of the Finale, was the division of strings, with violins to left and violas to right of the rostrum.

The audience, appreciative but anxious to get home for the X Factor Malta finals (hence the re-scheduled 5 p.m. start), felt the need to clap between (even within) each song and movement, impeding on the mood of the Wagner and affecting the Bruckner in so far as Renes felt the need here and there to marginally tighten pauses and rests. Next time perhaps a hall announcement, or a note in the programme, discouraging misplaced applause, would not go amiss.