With its wide-ranging repertoire and dynamic interpretations, the Pacifica Quartet seems incapable of giving a dull recital, and such was the case here – these musicians being joined by a similarly questing pianist, Marc-André Hamelin. 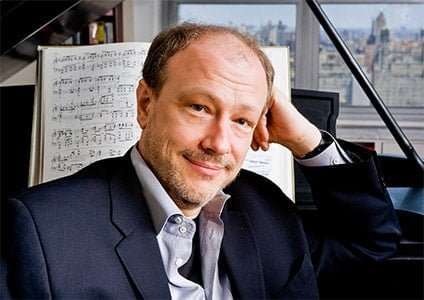 Hamelin has been making his mark as a composer this past decade, though any fear that an adherent of transcendental pianism might indulge in vacuous pyrotechnics were dispelled by his Passacaglia (2002); its 19 variations on a theme pervaded by chromatic unease amounting to a single-movement study in textural and expressive contrasts afforded unity by its salient motifs. Nor (pace Paul Griffiths’s programme note) was there any lack of completeness at the close, with the final bars bringing overall resolution by dint of their very ambivalence.

Ambivalence was seldom a governing factor in Dvořák’s music, though the (second) Piano Quintet, from 1887, is among the most emotionally inclusive of his mature works and the present performance brooked no compromise. The initial Allegro was notable for the unusually close alignment between its ruminative and energetic themes, leading to a propulsive development and capped by a powerfully rhetorical coda. The succeeding ‘Dumka’ is among Dvořák’s most heartfelt statements, and this account had its measure with an almost intuitive rapport between pianist and string-players. The problem of formal balance remained (has anyone tried reversing the order of the middle movements?), but there was no lack of effervescence in the Furiant-pervaded scherzo, nor of finality when the animated last movement drew to its heady close. 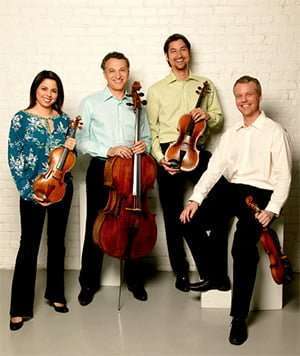 After the interval there was a rare revival for the Piano Quintet (1927) by Leo Ornstein. His death in 2002 at the age of 108 brought to an end the career of a once uncompromising futurist, whose meteoric rise in the early 1920s tended to obscure his later accomplishments as teacher and composer. Along with the Piano Concerto, this work is the most substantial legacy from a period when breaking the rules was ostensibly the norm – yet there is nothing unduly radical, let alone experimental, about a piece whose three substantial movements exhibit influences drawn variously from French impressionism, folk-music and that incantatory melodic vein suggesting Hebrew cantillation: all qualities, in fact, which make Ernest Bloch’s First Piano Quintet the obvious precursor in terms of utilising this medium for a statement that belies these instruments.

A work, then, that stands or falls by the dedication of its performers – assuredly not lacking here. Hamelin and the Pacifica musicians fairly tore through the opening Allegro, whose ‘barbaro’ marking was duly underlined in a reading where the brief oases of lyricism were subsumed into the headlong surge, while the central Andante brought a plangent expression typified by its ‘lamentoso’ direction. That the final Allegro agitato reaches a transcendent close, however, is rather outweighed by the effort striving to attain it.

If Ornstein’s Piano Quintet ultimately promises more than it delivers, it is still an absorbing instance in music of what was evidently an all-round crisis for its composer, while this performance made one anticipate the recording for Hyperion the more keenly.