Rodion Shchedrin
Levsha (The Left-Hander) – Opera in two Acts to a libretto after Nikolay Leskov’s The Tale of the Cross-Eyed Lefty of Tula and the Steel Flea [sung in Russian and English with English surtitles; UK premiere] 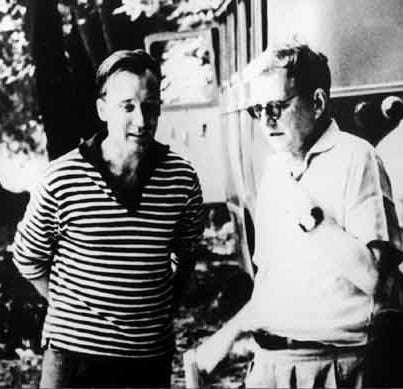 Oh the perils of coming to England! The Mariinsky Opera is on tour, with London as its second stop (following Cardiff and before Wagner’s ‘Ring’ Cycle in Birmingham). Between a concert performance of Mussorgsky’s Boris Godunov (reviewed on Classical Source) and an a cappella programme, came Rodion Shchedrin’s Levsha (The Left-Hander). Commissioned for the opening of Mariinsky 2, it was premiered (not that the programme was forthcoming about such details) there on 27 July last year, in Alexey Stepanyuk’s production, conducted by the work’s dedicatee, Valery Gergiev.

Given that it’s based on a story by Leskov about Anglo-Russo relations, it was a perfect choice to bring to London. But relations might nearly have broken down when, at 7 o’clock, with the audience sat down staring at an empty platform, it was announced that “due to unforeseen and unavoidable circumstances” Gergiev had yet to arrive at the Barbican. He’d been there the previous night for Boris Godunov , and there were rumours of him suffering from a bad back, but when the performance did start, exactly an hour late, there didn’t seem much evidence of that. And perhaps an apology from the stage would have been nice from him (he has very good English).

So the performance had a lot loaded against it before it even started, and some of the audience bailed at the interval (and, to be honest, it wasn’t particularly full to start with). Which was a shame, because in its direct – albeit non-operatic – way, Shchedrin’s take on Leskov’s comedy of international manners follows in the tradition of Shostakovich’s The Nose. It utilises a large orchestra, typically with harpsichord (nestled next to one half of the extensive percussion section), as well as traditional Russian instruments – bayan, duduk, mandonlina-dorma (two of those) and gusli – and eighteen named parts. And Shchedrin uses all of these to create a seamless string of ear-catching sections, even if there is little development and (particularly in the first Act) the pitch is rather unvarying. 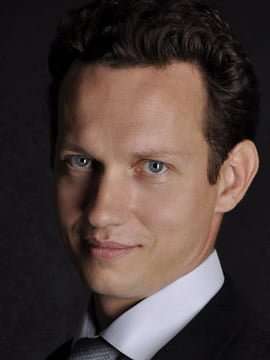 It’s a curious piece, in that there is quite a lot of scene-setting (including a flashback, confusingly with Vladimir Moroz playing both Nicholas I and his brother Alexander I), and the introduction of the titular character is delayed until quite late. Described in the pre-concert talk by Shchedrin himself as “a simple Russian genius” the Left-Hander is a metal-worker from Tula, some 150 kilometres directly south from Moscow (coincidentally the same region from where Shchedrin’s parents hailed from), who is sent a technological wonder given to Alexander I at Buckingham Palace after the defeat of Napoleon at Waterloo: a steel flea. Alexander I wants Russian workmanship to improve on it, and the Left-Hander re-shods the flea with Russian shoes and gets it to sing the Russian alphabet instead of the English one and for it to respond to a Russian dance. The Act ends with the Tsar sending our hero with the flea to London to show off his handiwork.

The second Act is the more interesting, with greater focus on our hero’s discombobulation in a foreign country (without his papers), and his desire to be back in Russia. Despite Princess Charlotte and the Lords of the Treasury’s enticements of two potential brides, Lefty is allowed to return to Russia, but spends his money getting drunk with an English sailor. Without papers and totally sozzled, the rest of his gifts, including a watch and hooded coat, are taken from him by three Russian officials when he returns (while the equally smashed English tar gets sent to the British Embassy) and he’s left to die in a pauper’s hospital. Shchedrin is convinced that’s integral to the plot (as opposed the solely comic stage version of the tale, Evgeny Zamytin’s The Flea, which he read in preparation, but rejected as a take on Leskov’s original); the tragedy is part of the Russian character. Thus the opera ends with a religious chorale, the Mariinsky Chorus on fine, incisive form.

The two stars are the songbird-like Kristina Alieva as The Flea and the high-tenor of Andrey Popov’s Left-Hander, whose fringe, plastered down his forehead, and hang-dog expression epitomised Lefty’s sense of bewilderment just as much in the Tsar’s court as in the English one. He dies with a warning about how the Russians maintain their firearms (having seen how the English do it better), but of course he’s a minnow and the great and the good never think of listening.

Shchedrin’s take on Buckingham Palace includes a rendition of the UK national anthem (in English) and an extraordinarily vampish Princess Charlotte (George I’s daughter, don’t you know), a platinum blond in a slinky red number in Maria Maksakova’s rendition. Even the two brides offered to Lefty are somewhat sultry, as opposed to prim English girls we might recognise; so it’s all perhaps more pantomime than satire. Yet this scene affords a musical slackening of pace and the two brides to expound their enticements to Lefty in a beguiling if darker, slower mood, followed by Lefty’s visit to see the English armoury, accompanied notably with a ringing batter of tinkling percussion.

Aside from the Chorus, the opera was sung almost completely without scores, and acted as far as could be afforded on the front of the concert platform, presumably recreating in small part Stepanyuk’s original production. While not particularly innovative in its soundworld, it was recognisably the product of Shchedrin, who is still working at age 82, and he appeared to share the applause and congratulate all the performers.

The next scheduled performance is on 8 January, staged at chez Mariinsky.