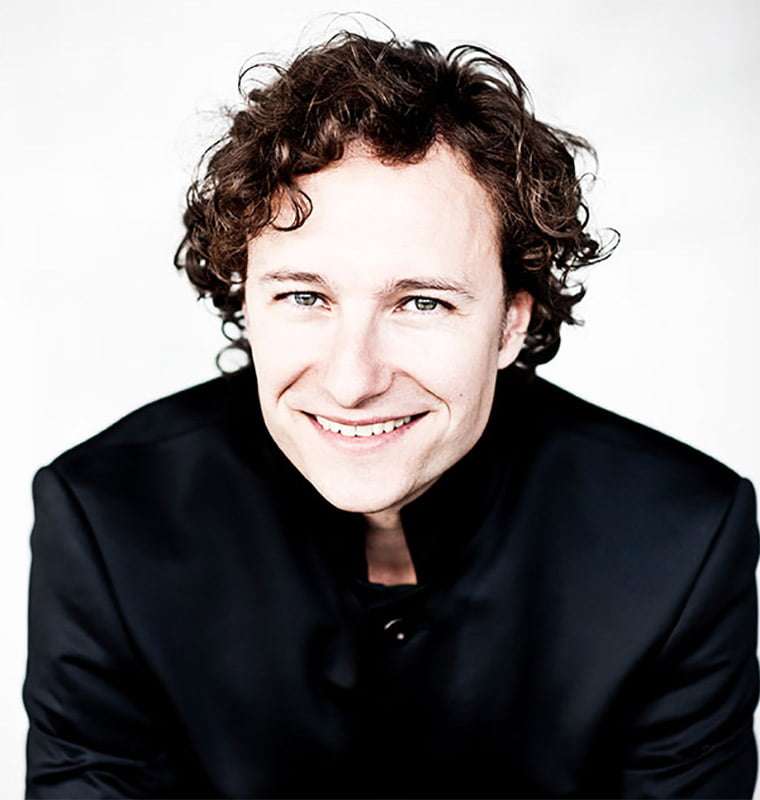 Every time I hear Martin Helmchen I am seduced by a remarkable musician, one whose flair and acuity really gets behind the notes; you instantly perceive a discretion that reveals the character of whatever he is playing without any ego-intervention, on the back of a technique that would be audacious were it not so tactfully applied. Helmchen is one of those pianists who, through being the music’s servant, by some strange osmosis becomes its master. Wit, even broad humour, a keen imagination and, at times, a devastating release of feeling go together with a luminous and numinous tone and an inquisitive way into musical form.

He opened this recital with four of Schumann’s eight Novelletten, which are only mentioned in passing in the two comprehensive surveys I have about the composer. They are in the same area (and the same year, 1838) as the great Fantasy in C in their swings between surging romanticism and barnstorming heroics. The opening of No.1 established Helmchen’s magisterial command, and, in its rhapsodic mid-section, his sympathy for Schumann’s veiled poetry had you in its grip, as did the phenomenal strength and security of his left hand in No.2. The eighth is the longest, and Helmchen juggled shape and spontaneity in a piece that might otherwise seem like herding cats. Yes, Schumann can ramble and digress, but Helmchen can guide him to make his point.

It was cold in St John’s, the heating was making a low noise, and many in the large audience kept their coats on. There was a faintly English whiff of eccentricity about things that leaked into my perception of Helmchen’s stupendous account of Beethoven’s Diabelli Variations, a work that travels from the plain bizarre to the downright sublime through a baffling process of transcendence. The composer doesn’t figure hugely in his current repertoire, and his Diabelli is his first Beethoven recording.

This musical peak with a joke at base-camp – the composer’s Falstaff, perhaps – suits Helmchen’s mercurial imagination down to the ground. He is up for the coarseness of Beethoven’s two fingers to Diabelli by turning the common little waltz into an even more common little march (Variation I); he is unfazed by the Punch and Judy hide-and-seek of XIII, and takes the sharper wit of, say, XVIII in his stride. He shows a natural feel for how the Variations group themselves and how these groupings both consolidate what we’ve heard and anticipate what’s to come. And, if it’s possible for a surprise to be inevitable, it is still a mystery how we got to the wonderful closing sequence of minor-key commentaries, the fugue, the swirl of baroque fantasy and the revelation that Diabelli’s Waltz had wanted to be a Minuet all the time.

Helmchen’s charisma is such that you take his virtuosity and engagement for granted, but throughout he had you on the edge of your seat as you tried to assimilate the authority and humanity of this great performance.