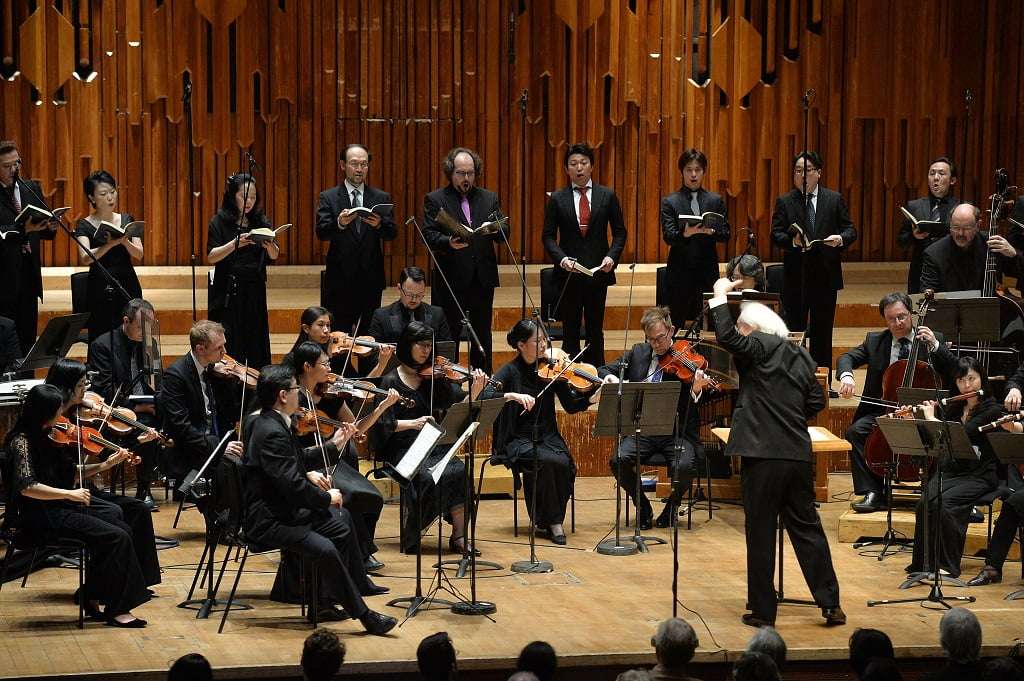 Masaaki Suzuki and his 26-year-old Bach Collegium Japan have long been received wisdom in the ‘period’-performance establishment, in the UK more through their superlative recordings of the Cantatas than through concerts.

This account of the B-minor Mass was part of a short but concentrated two-day visit to London, and I was instantly gripped by the directness and flexibility of Suzuki’s approach and by the potency of his identification with Bach’s expressive style. While he has impeccable ‘authentic’ manners and has amazing insight into the application of baroque Affekt, the result is often intensely romantic. He brings out an almost conversational rapport to Bach’s counterpoint, the moments of drama have a terrific swagger, and there’s an unmistakable spontaneity – though not as assertive as his teacher Ton Koopman’s – that suggests Suzuki’s ideas about Bach in general and this spiritual Everest in particular will remain a work in progress.

In the Cantata recordings I’ve heard, there is probably more variety to the string sound, which in the Mass was consistently smooth and transparently layered, with most of the colour and character inevitably coming from the wind instruments, all played with disarming and expressive vitality and a natural ease. You took for granted the attention to phrasing, dynamics and supremely eloquent decorations that seduced the ear in every bar. The 21-core orchestral players, plus horn, three trumpets and timpani, balanced well with the 18-strong choir (including all the soloists except Robin Blaze). By early-music standards, I suppose this was a large ensemble – preferable to the Joshua Rifkin-style purist one-to-a-part austerity – and it was acutely responsive to Suzuki’s generally nimble, highly rhythmic direction. 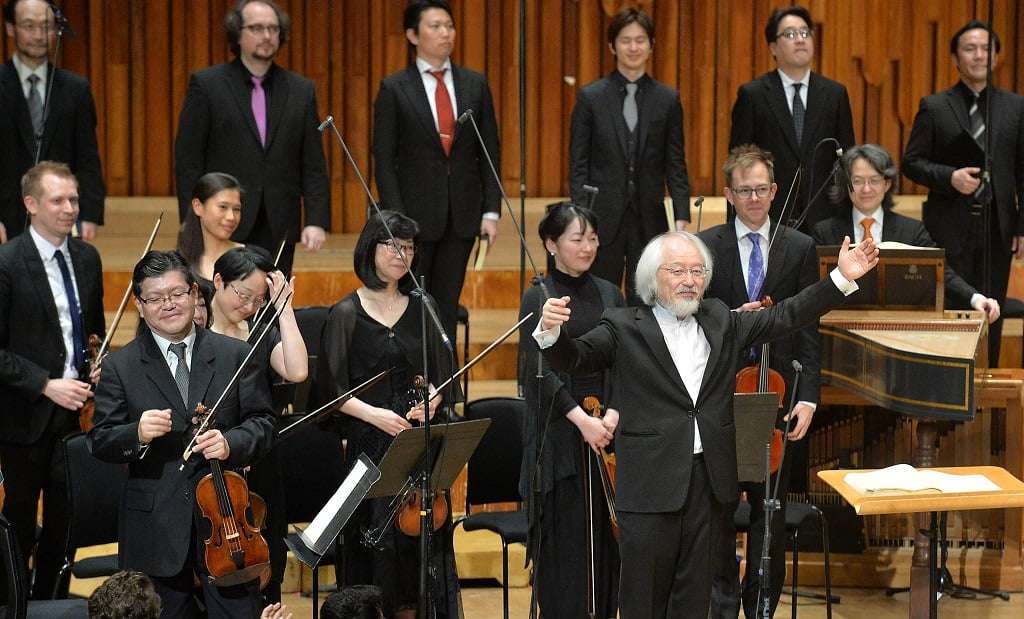 The choral sound was glorious, and their squirrelling out of detail in both the music and the words kept faith with the liturgical thrust of the Mass. The bass line was always impressively secure with an amplitude that often suggested larger forces. At the other end of the voice spectrum, the sopranos had a gleam up their collective sleeve that they introduced at moments of high intensity to overwhelming effect.

The ‘Kyries’ started off slower than I anticipated, certainly solemn but not striving after monumentalism, and after the introductory choral declamation, the way Suzuki folded the singers into the orchestra was a little masterpiece of subtle imagination and control. Rachel Nicholls and Joanne Lunn complemented each other beautifully in the ‘Christe eleison’ duet, Nicholls’s mezzo-rich soprano giving a lift to Lunn’s radiant singing and stylish decorations, and the latter’s ‘Laudamus te’ solo, along with Ryo Terakado’s sinuous violin obbligato, confirmed this her engaging style. Colin Balzer made his mark in the ‘Domine Deus’, Robin Blaze’s ‘Qui sedes’ solo, with Masamitsu San’nomiya’s excellent oboe d’amore, and the later ‘Agnus Dei’ solo showed off Blaze’s artistry to its greatest advantage, and Dominik Wörner, with a fearless natural-horn accompaniment from Olivier Picon, scored mightily in his ‘Quoniam tu solus’ and ‘Et spiritum sanctum Dominum’.

Suzuki had been marvellous in getting the choir to reveal the benign efflorescence in ‘Et in terra pax’, but he surpassed himself in the ‘Et incarnatus’, which suddenly plunged into the subjective poetry you associate with Bach’s Passion settings, going even deeper in the writhing harmonies of ‘Et exspecto resurrectionem mortuorum’. Suzuki’s fluid sense of pace provided his players with an impeccable guide to the many changes of gear between the sections of the “Gloria” and the “Credo”. The trumpets, and their brilliant trills, came into their own in the ‘Sanctus’, as did the thrilling certainty of the choir’s bass line. In a performance high on atmosphere and bursting with luminous detail, this B-minor Mass was uplifting and endlessly fascinating.