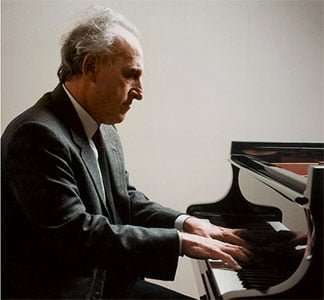 London has been very fortunate recently with distinguished performances of Beethoven Piano Sonatas. Leif Ove Andsnes comes to mind, so too John Lill’s magnificent cycle of all 32 in eight Cadogan Hall recitals. Now it was Maurizio Pollini’s turn. He gave an unstintingly generous selection of works for his second appearance in the Southbank Centre’s current International Piano Series (the first embraced Chopin and Debussy).

Typically uncompromising, there was nothing flouncy or superficial about Pollini’s performances; rather, like Andsnes and Lill, and particularly the last named, the Italian master brought a craggy honesty to his playing, musicianship at the forefront. However, he was not always at his best in this intellectually demanding – both for performer and listener – programme. The ‘Tempest’ Sonata – so-called due to Beethoven directing someone curious about the music to go and read Shakespeare – found Pollini taking a little while to warm to his task, his fingers not always obedient and the music’s enigma lacking enchantment. One never doubted the pianist’s focus or his unequivocal phrasing though; and Pollini doesn’t go for point-making. If his sense of direction was uncluttered, then he went too far in the finale, given with a quickness that upset Beethoven’s endearing ‘spinning-wheel’ shape and beguiling rhythms, here made rather remorseless. 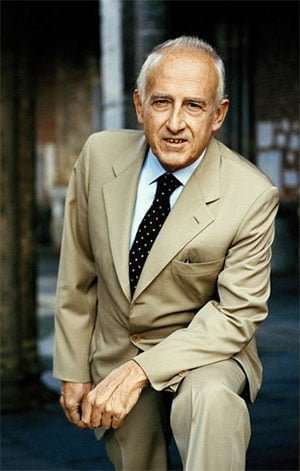 The ‘Waldstein’ was similarly uneven, lacking power and expanse at times, the first movement somewhat gabbled, simply because his execution lacked for the needed (at this speed) quicksilver agility, although his truth-seeking was appreciated and things improved with the exposition repeat. Nothing glib, though, for Pollini’s famed rigour and concentration was always in evidence. But things can change at a moment’s notice in live there-and-then music-making, when the muse lands and inspiration abounds, for the slow movement was of potent examination, enquiringly forming into a quick-paced finale, chiselled and sonorous, and with a pulsating rhetoric that was utterly compelling.

Pollini’s unvarnished and rough-hewn approach was best-suited to the mighty ‘Hammerklavier’. If there were some avenues bypassed – humour in the scherzo, for example – then he was fearless in taking on this extraordinary challenge. Pollini didn’t rush the first movement (with its questionably rapid metronome mark), although he preferred briskness to majesty. After the played-well if somewhat dutiful scherzo, the extended slow movement was also kept on a tight rein. There was no lack of heartfelt expression yet one wished for greater reverie and flexibility, something that transported to a world-away from ours. Timings do not give any real indication of a rendition, but Pollini’s 14 minutes tells of ‘daylight’, whereas Lill’s 20 opened up a rapt and secretive twilight dreamscape, and I am told that in a recent recording Michael Korstick takes just a few seconds short of 29! Pollini brought a certain ‘period’ conviction to the music, in relation to the actions of the pianos Beethoven would have known, but this is music that surpasses its origins and, here, despite Pollini’s sensitivity and sincerity, there was a lack of spiritualism and translucence that can conjure fascinating intangibility.

With the finale, though, Pollini became exceptional, absolutely determined to conquer Beethoven’s daunting fugal complexity, which borders on the insane; it was compulsive, Pollini storming every hurdle through unwavering concentration; it was wild but it was also scrupulously structured. Maybe with this Herculean mission off his shoulders, Pollini felt unburdened, for the first of his Beethoven encores (both taken from the Opus 126 Bagatelles) was soulfully lyrical and really touched the heart, followed by a furious Presto example that found him, as we know he can be, transcendental. Pollini returns to the IPS on March 17 next year. By the way, his latest recording is also of Beethoven, including the Sonatas that are Opuses 7 and 22, and very recommendable it is too; Deutsche Grammophon 477 8806