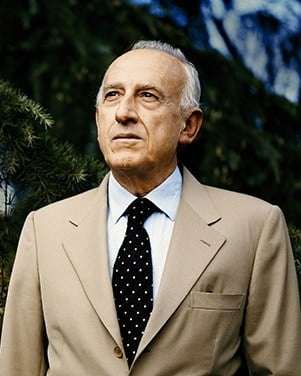 We’ve been here before. This is music that Maurizio Pollini, now 72, has (mostly) played numerous times in London in recent years, sometimes as encores. Nevertheless, Pollini packs them in, and the Royal Festival Hall was sold out. Of course, what a great artist does today could be different from yesterday, and it has to be done afresh anyway and maybe in the most inspirational terms. So it was here.

Playing his trademark ‘Fabbrini’ Steinway, and dedicating the concert to his close friend and collaborator, the recently late Claudio Abbado, Pollini opened with Chopin’s isolated C sharp minor Prelude, the pianist just a little nervy and smudgy initially, and also competing against a high-pitched whistle (a deaf-aid, one imagines), before relaxing a little for an expository prologue that continued, unbroken by applause, into two of the Ballades. Pollini’s Chopin is unsentimental, volatile and rough-hewn, and integrated across the whole, the occasional awkwardness and splashed note of little concern when set against such authority. Pollini, always a focussed musician rather than a sensational showman, continued his physical and craggy approach to Chopin with the B flat minor Sonata, its exposition distracted from by a latecomer – why is it that such (that get let in) are always down the front and in the middle of a row! – but when Pollini returned to it, and he went right back to the Grave introduction, he was more malleable with the second subject than first-time-round. This was a weighty and combative account, sometimes man versus piano, not least in the scherzo, its trio easy to indulge – and easily avoided here. Then the ‘Funeral March’ took on a universal significance, glowering in fortissimos, the middle section offering a rubato-free respite. As befits a pianist who has championed much challenging twentieth-century repertoire, Pollini ensured that the windswept epigrammatic-enigmatic finale was fully on the cusp of the future.

Pollini’s mastery of Debussy was established many years ago. He remains a touchstone, near-perfect and totally convincing interpreter of the twelve Préludes of Book I. Certainly this music can be teased more, be wittier and more romantic, but Pollini’s charismatic and searching mix of logic and potency paid many compelling dividends, a rightness, which even the cough-and-sneezes-spread-diseases brigade couldn’t affect (but for whom pianissimos and musical silences mean nothing). Pollini’s judicious blends of abstract and illustration, and of heart and head, satisfied Debussy’s mistrust of the description of Impressionism, yet with such a sovereign touch and technique (the art that conceals art), and hyper-sensitive responses, Pollini revealed a beating heart and a refined sensibility yet without denuding the elemental unleashing of the ‘West Wind’ Prelude (VII). The winsome ‘Girl with the Flaxen Hair’ (VIII) was exquisitely expressive and the magisterial ‘Engulfed Cathedral’ (X) was given the profoundest and noblest of unveilings. Pollini moved seamlessly from one piece to the next; however different, everything is connected, he seemed to be saying.

For his encores, Pollini returned to Chopin for a hard-working ‘Revolutionary’ Study (Opus 10/12) and, something he does with particular specialness, the G minor Ballade (Opus 23), aflame with ardour and poetry and coruscating in the coda. Pollini returns to the RFH on 2 April for a humongous Beethoven recital, three ‘named’ Sonatas: ‘Tempest’, ‘Waldstein’ and the ‘Hammerklavier’.