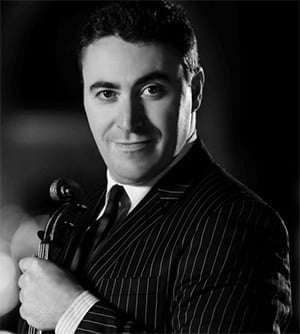 English audiences are extremely loyal. Once they take an artist to their heart he or she has them for life. So, despite the rather oddly constructed programme, it was a full house which greeted Maxim Vengerov. Like Horowitz’s return to Carnegie Hall, Vengerov too has been ‘on leave of absence’ and he has a particular relationship with the Barbican Centre (more than two decades ago, I first heard him there as a 16-year-old in Tchaikovsky’s Violin Concerto). This present recital was part of the “Maxim Vengerov Artist Spotlight” series.

Elgar’s Violin Sonata, written at Brinkwells, a woodland cottage in Sussex, during “The Great War” is an elusive work and has never enjoyed the popularity of the slightly later Cello Concerto. Vengerov plays it to the manner born. Aided and abetted by the excellent Itamar Golan he seems to enjoy a special relationship with this music (rather as Heifetz did with Richard Strauss’s Violin Sonata), catching its elfin-like whimsy. The work opens in Brahmsian fashion though and here Vengerov took a little time to settle but as the work progressed he found the heart in the slow movement’s reverie and the volatility of the finale. 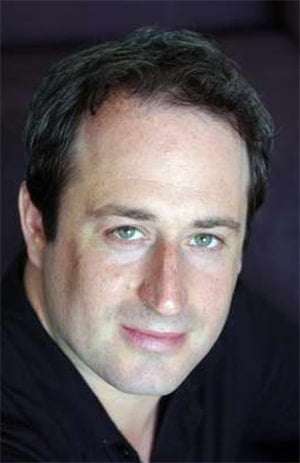 Like the Elgar, Prokofiev’s First Violin Sonata is his second. Whereas Elgar had destroyed a youthful effort, Prokofiev laid this Sonata aside (he had started it in 1938) and only completed it in 1946 at David Oistrakh’s prompting; Prokofiev’s so-called Second is a transcription of a Flute Sonata (both are Opus 94). Completed in the aftermath of the “Great Patriotic War” the four-movement First Sonata is serious business, bleak, bitter music (in 1953 Oistrakh played the first and third movements at Prokofiev’s funeral). Whilst there was much to admire, especially Golan’s superbly characterful pianism (no mere accompanist he), one could not avoid the suspicion that Vengerov’s account was almost too elegantly beautiful. Is there not a streak of brutality to the Allegro brusco second movement which is negated if it is taken too swiftly and a take-it-or-leave-it quality to the finale which gets lost if played as expressively as here? Nonetheless it is a great if unsettling piece and chances to hear it from a top-flight violinist are rare.

After these two heavyweight main courses we were treated to a series of bonnes bouches, music which formed staple repertoire for the violinists of yesteryear. As a lead-in we had Brahms’s Scherzo from the F-A-E Sonata (Frei aber einsam – Free but alone), the work co-composed with Robert Schumann and Albert Dietrich; then came a Brahms Hungarian Dance with Golan commanding the weight of sound and an instinct for this composer which would make him an ideal soloist in either of the piano concertos. In both this and the Dvořák Slavonic Dance Vengerov did rather lay on the gemütlichkeit with a trowel and – especially in the latter piece – one wished for simpler, more innocent charms.

Better was to come, particularly in Wieniawski’s Légende where Vengerov’s sophisticated playing and gorgeous tone were entirely at one with the music and in Ysaÿe’s unaccompanied ‘Ballade’ Sonata which was given an outstandingly convincing account. In between we had Fritz Kreisler’s Schön Rosmarin and Liebesfreud, both of which almost drowned under a surfeit of affection. Paganini’s final Caprice, the seed for so many sets of Variations (Blacher, Brahms, Rachmaninov…), was despatched with panache if a little variably from a technical point of view, and Ysaÿe’s arrangement of Saint-Saëns’s Etude en forme de valse, originally for piano, brought the official programme to a resounding and hilarious conclusion, sudden hesitations producing a couple of LOL moments.

There were two extra pieces, one played prior to the Saint-Saëns in the form of a transcription of Fauré’s song Après un rêve and to conclude there was the almost inevitable La Ronde des lutins by Bazzini which with some justification triggered a standing ‘manifestation’ from the adoring crowd. Whether one would want to hear a sequence of encores more than occasionally is a moot point, but done with this degree of chutzpah it certainly worked on this occasion.