Handel
Messiah – A Sacred Oratorio to a libretto by Charles Jennens

Two London concerts this Christmas stand out like jewels in a tinsel world – revelatory Bach cantatas from John Eliot Gardiner a week ago; and this “Messiah” from Christian Curnyn’s lower-cased early opera company. Period-style performances of “Messiah” can easily go down the mannerist route of fussy decoration and prissy phrasing, relentlessly beaming assertiveness and a levelling out of expressive peaks and troughs. Curnyn’s approach was discreetly but thoroughly operatic – well, it would be, wouldn’t it? – and the Christian narrative was powerfully directed from prophecy, Advent and birth to passion and resurrection.

Arias seemed to create the need for the fabulous, famous choruses, and they flowed in and out of each other like a life force. True, the sound from the small orchestra of thirteen crammed on to the Wigmore Hall stage was predominantly light and smooth, with the deft wind-playing supplying all the colour, but the occasional hint of monotony was countered by some impressively agile playing and airy, natural phrasing.

Curnyn’s predominantly quick tempos was all part of his overall view of this particular sacred oratorio as drama, thrillingly so in the chorus’s ‘All we like sheep’, who were going astray with considerable despatch. The chorus was terrific here (marvellous altos and tenors), and was virtuosic, expressive and responsive throughout, producing a range of colour and cohesion impressive for just eight singers, as powerful and grand in a spine-tingling ‘Hallelujah!’ chorus as they were veiled and distant in ’Behold the Lamb of God’. 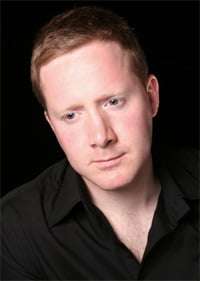 Tenor soloist Nicholas Watts didn’t make the most of ‘Comfort ye’ – you need to get the suggestion that “my people” are in need of a bit of cosmic comfort to begin with – but otherwise he made his mark in his superb sequence of recitative, arioso and aria in Part Two. Sarah Tynan (replacing Sarah Fox) dispelled the Advent gloom in a radiant appearance to the Christmas shepherds, with a glorious ’Rejoice greatly’ clinching the sense of rapture that put its stamp on the whole performance.She and Nicholas Watts would have distinguished many a Messiah, while Iestyn Davies and Derek Welton’s performances were clearly tailored to the specific spirit of Curnyn’s take on the work. A countertenor rather than a mezzo soloist radically alters the whole flavour of the work in terms of balance and weight, and Davies added an element of poignancy and focus that was unforgettable in his arias (a heart-stopping ‘He was despised’), tactfully decorated to give the repeats a graceful variety and lift. The concentration, delivery, fullness and spirituality to his voice have never sounded more satisfying.

No less remarkable was the distinguished singing of Derek Welton. I became aware of this baritone’s potential in a couple of Guildhall School opera productions, and his rich, flexible voice is something to be reckoned with – an instrument of great power and quality, with a stage presence to match. His one solo in each of the three parts were like trig-points in Handel’s plan, with an electrifying ‘Why do the nations’ and a ‘Behold, I tell you a mystery’ of positively Wotan-like weight and stillness. In short, he was sensational and I look forward to hearing him again.

This was a golden performance to make you fall in love with Handel and his “Messiah” all over again.