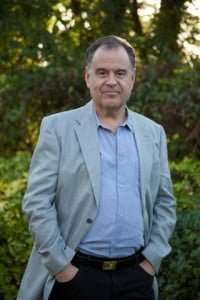 Michael Roll, now in his 70th-birthday year, won the first Leeds International Pianoforte Competition. That was in 1963 when Roll was 17. It seems a long while since he last played in London, and my most immediate memories go back a few decades – to Mozart Piano Concertos, respectively conducted by Hans Schmidt-Isserstedt (Philharmonia Orchestra) and Erich Leinsdorf (Royal Philharmonic).

Whatever the reasons for his absence from the capital, save recording Beethoven Piano Concertos with the RPO and Howard Shelley during 1995, Roll was here at Wigmore Hall for an enticing if demanding programme, launched with Beethoven’s final set of Bagatelles, and his final music for piano. Roll played each one with consideration, a gentle touch to open to create drawing-room intimacy. Sometimes Roll’s professorial approach and his whimsical suggestion of extemporisation didn’t quite add up, although there was no doubting the profound eloquence of No.3 and that his unaffected approach to No.5 made it all the more touching. In between, the Presto No.4 had been played with puckish panache if not quite the transcendental technique needed; not too fast but a little blurred nonetheless.

Similarly, a hard-working and honest manner saw Roll through the Brahms Piano Pieces that are collected under Opus 76, four entitled ‘Capriccio’ and four named as ‘Intermezzo’. As for those Beethoven Bagatelles, Brahms’s Pieces are ‘bigger’ than their designations suggest – if not in length but certainly in substance. Roll was alive to the complexity – musical and emotional – of this collection, and also its variety, whether the wit of the B-minor Capriccio (No.2) or the depth of utterance that informs the two ‘Intermezzos’ that follow. Yet, despite his sterling service on Brahms’s behalf, there was a sameness across the eight Pieces in relation to the character of each that can be brought out.

There was much to value in Roll’s reading of Schubert’s ultimate Piano Sonata, not least generally well-judged speeds, although there were a few mishaps along the way – some missed notes, those that were played but which didn’t sound, and he found an interesting ‘get out of jail’ card during the Finale when a slight hiatus materialised. Small things but they conspired to be noticed as part of a performance that was neither particularly spiritual nor rhetorical.

That said, Roll’s tempo for the opening movement, flowing while being mindful of the Molto moderato marking, was ideally chosen, yet taking the repeat of the lengthy exposition seemed not needed on this occasion. Roll’s refined musicianship (admirable in itself) did though bring an interesting change of slant to the work, more optimistic than can be the case, the slow movement serene rather than desolate. The Scherzo, given with delicacy, wasn’t always the last word on clarity, mind, although the Finale responded well to Roll’s easygoing gait. Swings and roundabouts, then.

But, as can sometimes be the case, if the main fixture raised some doubts, the extra time of an encore proved a particular highlight. If it initially seemed too much too soon to follow the extensive D960, Roll, although immersed in everything he had done up to now, was even more identified with Schubert’s G-flat Impromptu (from D899) and he ended the evening in stress-free style and considerable musical shape.