Academy of St Martin in the Fields
Carlo Rizzi 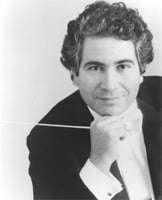 This top quality music-making at the penultimate concert in the Barbican Centre’s “Mostly Mozart” proved once again that there is plenty of life outside of the Royal Albert Hall during the summer. The festival’s resident orchestra, the Academy of St Martin in the Fields, was on terrific form under Carlo Rizzi.

The overture to Beethoven’s only ballet-score, “The Creatures of Prometheus”, made for an invigorating opener, its strain at the boundaries of Classicism an appropriate taster for the two works which followed. 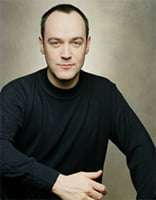 Leon McCawley was the soloist for one of Mozart’s grandest piano concertos. Eschewing sensationalism, this was everything one could wish for in a performance on modern instruments. Proving himself a natural Mozartean, McCawley didn’t try to do too much with the music, letting it – in the manner of Brendel – speak for itself. Demonstrating artless fluidity, McCawley’s uncomplicated approach produced joyous results in the ebullient first movement. Following suit, Rizzi and the ASMF provided alert accompaniment.

The soulful lament of the central Andante was intense but not over-romanticised; and if the contrasting passages featuring the superb wind section could have been characterised more, the players were impressively sure-footed and in-keeping with the restrained mood. The playful finale radiated an infectious sense of fun. Mozart’s ‘surprise’ minuet, inserted halfway through, was too slow; but it gave McCawley the chance to embellish with some tasteful ornamentation. As in the opening movement, McCawley concluded with a deliciously mischievous – but stylish – cadenza by Nina Milkina. If only there were more performances of Mozart’s piano concertos as consistent and compelling as this one was.

After the disappointingly lacklustre and unfocused account of Beethoven’s Fifth Symphony from David Robertson and the BBCSO at the Proms a few days earlier, I was hoping for something more impressive. As if reading my mind, Rizzi and the ASMF delivered an absolute cracker.

From the incisive attack of the opening chords, Rizzi showed that he meant business. A fiery first movement, driven by thrilling timpani-playing with incisive wooden sticks, was followed by a tender and flowing Andante con moto (never sentimental), punctuated by militaristic swaggering trumpets. Superbly strident horns shone out in the scherzo; and – though lacking in depth – the ASMF’s four cellos and two double basses launched into the trio with vigour. The finale erupted with a truly triumphant blaze of light, and kept up the intensity right to the end – the violins especially playing as if possessed. I’ve never heard the concluding chords hammered home with such well-placed emphasis.

Rizzi’s was not a revelatory reading, but this was an outstanding account of an overly familiar work, full of genuine excitement. This is a concert of which (judging by the exhilarated expressions of the players taking the well-earned enthusiastic applause) that the Academy will be justifiably proud.