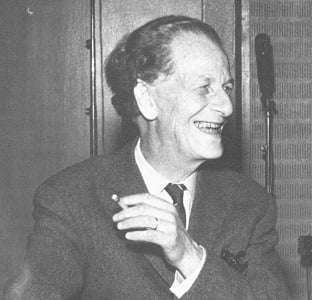 Swiss composer Frank Martin (1890-1974) wrote Polyptyque for Yehudi Menuhin, employing dodecaphonic vocabulary. Patricia Kopatchinskaja proved a particularly apt choice as its soloist. Envisioning a polyptych, a set of small medieval painted panels in Siena depicting the Passion of Christ, Martin creates a series of portraits reminiscent of the three panels painted in Hindemith’s Mathis der Maler (opera and symphony). Martin’s significant piece may very well have been the foremost accomplishment of this season’s Mostly Mozart Festival. He was inspired by J. S. Bach’s St Matthew Passion and some performances of Polyptyque are interlaced with chorales from it. Louis Langrée, like Hesse’s Goldmund, whose “real love was for the image-and-sound world of liturgy”, chose instead to introduce selections from St John’s.

The six tableaux of the Martin are:

Langrée interspersed several chorales, alternating one movement of Martin then a Bach chorale.

Kopatchinskaja performed this ecstatic piece as if she had written it. Standing in front of a double string orchestra, the two groups facing each other, she tore into this music like an expert linguist, producing paroxysms of intensity almost too cruel to bear. The Concert Chorale, seated at the back of the orchestra, intoned their parts with soft voices and a deep sense of reverence, with the instrumental ensemble, sometimes with Kopatchinskaja as de facto concertmistress, providing a secure grounding. The mixture of twelve-tone utterances with Baroque harmonies was magical. Most powerful was the fourth movement, quoting directly from the ‘Chaconne’ from Bach’s D minor Partita. In the score there is a passage for tubular bells that was mysteriously missing in this superb rendition. Pity, as this touch of instrumental color adds yet another layer of religiosity to the total experience. 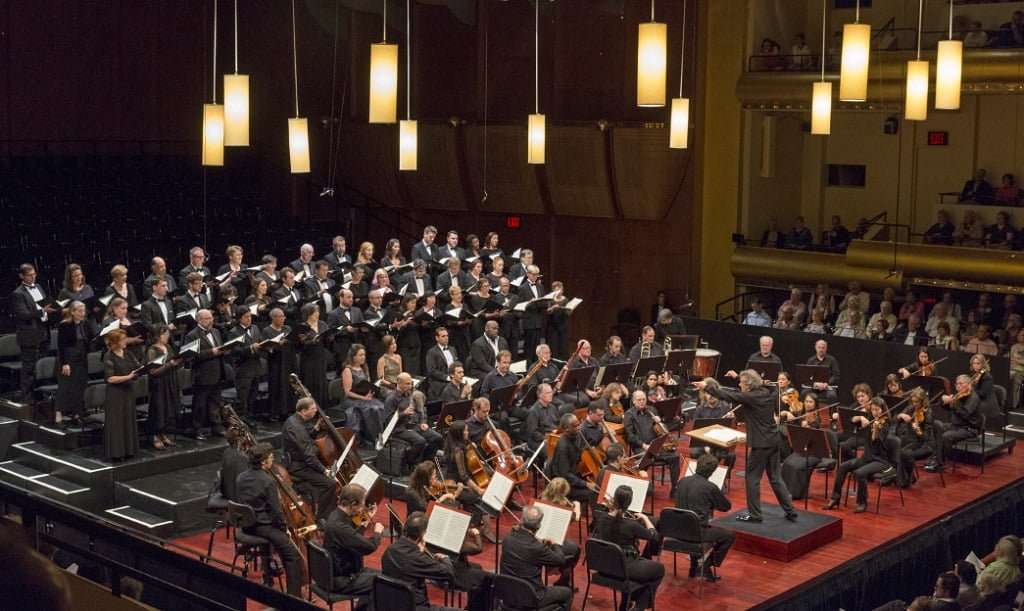 Deciding to end the Festival with an unfinished work is an existential gambit. “Everybody knows that, it’s in the movie”, Jerry Seinfeld says to Elaine when she tells him that Mozart died before finishing his Requiem setting. What is a matter for debate is how much Mozart, how much Süssmayr and what touches were added by others. What is not in question is the raw emotional power of the work. Sadly, Mostly Mozart ended with a bit of a whimper, and a melismatic one at that. Mozart’s great Requiem, already fragile because of its nature as a hodgepodge, suffered this night from some rather surprisingly suspect intonation. The orchestra was competent enough, although never truly digging in as intensely as it should have in the more turbulent sections, but the real problem was the singers. The chorus who had declaimed so eloquently while sitting during the Bach chorales, seemed quite untamed when standing and singing loudly. The higher voices especially tended to being sharp and, more than decorum demanded, crossed the line between declaiming and yelling. In the ‘Dies irae’ the effect was ear-splitting. Kelley O’Connor was in fine voice, Morris Robinson, known to locals as a more than competent King in Aida next door at the Metropolitan Opera, intoned well enough but could have projected a little more authority. Susanna Phillips ran off the rails more than once while Dmitri Pittas had a devil of a time centering and was off-pitch most of the time. That old bugbear, lack of rehearsal time, seemed to haunt this otherwise noble effort. Pitts Sanborn, superb critic at the New York World Telegram in the 1930s, summed it up when he wrote of summer music festivals that “you learn to park your critical faculties with your car.”

Langrée has recently been granted an MMF contract extension through 2017, which will be his fifteenth season. He deserves it, having resurrected the event from its doldrums and engineering its current consistently high attendance level (a rarity at present in New York). Here in the US he also shepherds the fine Cincinnati Symphony as its music director and inhabits the pit of the Metropolitan Opera where this season he will conduct Carmen (Garanča, Kaufmann, Alagna) this winter.