Mozart
La clemenza di Tito – Opera seria in two acts to a libretto by Caterino Mazzolà, adapted from a text by Pietro Mestastasio [sung in Italian with English supertitles by Celeste Montemarano]

Orchestra of the Age of Enlightenment
Edward Gardner 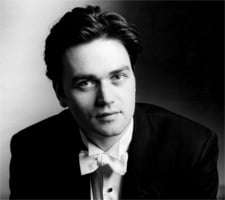 Commissioned on very short notice for performance in Prague on 6 September 1791, the coronation day of Leopold II as King of Bohemia, “La clemenza di Tito” is Mozart’s last opera. Started after most of “The Magic Flute” was finished, but completed before, it was written in less than two months. Although popular for some decades following Mozart’s death (it was the first of his operas to be heard in London – at the King’s Theatre on 6 March 1806), its critical reputation later sank, and the work lay in almost total oblivion for more than a century.

Since about 1970, “Clemenza” has been rising in popularity, and in 1984 the Metropolitan Opera finally got around to staging the work, in a superb Jean-Pierre Ponnelle production that has been revived in five seasons over the past two decades. As much as I enjoyed the three performances I have seen at the Met – all richly sung and stylishly played – none reached as far into the heart of the opera as this concert performance led by Edward Gardner as part of this summer’s “Mostly Mozart” festival at Lincoln Center.

While it is highly unlikely that “La clemenza di Tito” will ever match the popularity of “Le nozze di Figaro”, “Don Giovanni”, or even “Così fan tutte”, it is a charming and powerful opera seria, filled with gorgeous music. With a strong cast and a sensitive conductor leading a brilliant orchestra in the relatively intimate setting of the Rose Theater, the opera came across as a musically stunning, genuinely involving drama. 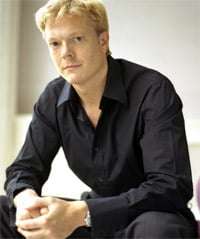 The cast was well-up to Mozart’s taxing score, with pride of place shared by Alice Coote and Toby Spence, the only cast members who made any attempt to act in this concert performance. In the trouser-role of Sesto, Coote was firmly established as the central figure in the drama. In her finest voice she gave a fervid and deeply affecting portrayal of the young Roman patrician who plans and leads an unsuccessful conspiracy against his best friend, the Emperor Tito. She was most moving in ‘Deh per questo instante solo’, Sesto’s loving farewell to Tito.

In the title role of Tito, Toby Spence was outstanding, combining declamatory power and a clear, bright tenor to great effect. His earnest characterization heavily stressed Tito’s compassion, most strongly in his Act Two interrogation of Sesto, when he took off his jacket, turned his chair around and sat astride as he asked his friend to explain his treacherous actions. 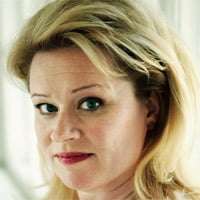 Hillevi Martinpelto was an earthy and arresting Vitellia. She admirably handled all the vocal challenges in the role, reaching the heights of pathos in ‘Non più di fiori’, the rondo showpiece in which she confesses her guilt to Tito and gives up all hope of empire.

Fiona Murphy’s spirited, well-tuned mezzo was suitable to the boyish character of Annio, and well-matched to the enchanting, pure-toned soprano of Sarah Tynan, as Servilia. As Publio, Matthew Rose sang graciously and brought great substance and dignity to the role, making it seem bigger than it really is. The peerless singing of the Concert Chorale of New York made another important contribution.

Edward Gardner was tremendously impressive in his New York debut, leading the Orchestra of the Age of Enlightenment in a clean, crisp account of Mozart’s score, full of vitality and bite. The lean, sometimes delicate timbres of the orchestra’s period instruments were a special delight. The solo parts were all splendidly played, most notably the basset clarinet obbligatos by Antony Pay.