Mozart
Piano Concerto No.23 in A, K488
Bruckner
Symphony No.7 in E [Leopold Nowak Edition]

In a letter to the Court Chamberlain at Donaueschingen Mozart describes the A major Piano Concerto as being one of “the pieces which I have kept for myself or for a small circle of amateurs and connoisseurs”, and so sets it apart as a very personal work not primarily composed with a larger public audience in mind.

The capacity audience at the Barbican Hall already signified that the work was to be transported into a context far from its origins and original purpose. But this performance, though in instrumental terms not ‘historically informed’, through its most inward-looking paragraphs was able to give the impression that the soloist was playing for himself alone. Very quietly, very meditatively, with deceptive simplicity, the opening of the Adagio’s intensely personal, even solitary quality became incarnate in Piotr Anderszewski’s immaculate presentation. Towards the end of the movement the repeated gesture of moving through D major to a Neapolitan 6th is suddenly emphasised by forte chords on woodwinds and horns, followed by a two-and-a-half octave leap in the piano: a moment of disproportion that briefly suggested a level of anxiety and profundity that the music immediately retreats from. 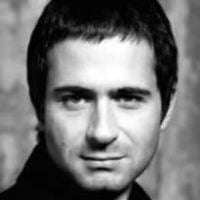 The first movement orchestral exposition, though beautifully played, had a degree of homogeneity that failed to characterise the varied musical material, but Anderszewski’s agogic interventions soon established creative communication between conductor and soloist, which became almost palpable in a moment of theatre at the end of the cadenza when Myung-Whun Chung, as though mesmerised by Anderszewski’s fluent virtuosity suddenly woke up to the fact that the trill was upon them and swept round to the orchestra just in time to elicit the tutti and bring the movement safely to its gentle close.

The finale was fine, but come the end of this performance the sum of the parts didn’t quite seem to add up to full expectation. It was undoubtedly very professional, and at times very thoughtful, but in terms of the overall conception it was not a performance that sought out the deepest levels of expression.

When Myung-Whun Chung returned to the podium after the interval he had with him a baton which he had eschewed for the Mozart and his manner was serious. After acknowledging the audience he turned to the orchestra, head bowed, and waited for the silence that is the beginning of every Bruckner symphony. I point this out because it does not always happen. For a Bruckner symphony to have its full effect, it is for the conductor to communicate the fact that something of considerable moment is taking place, and that it will emerge out of rapt silence.

It was almost as if in slow motion that Chung turned to the violins and signalled the opening pianissimo tremolo. It was perfectly judged, quiet but not virtually inaudible as some conductors like to make it. He then turned to the cellos and they began the glorious long opening melody – slowly, very slowly. And as it turned out, there were three slow movements in this performance: this opening movement, the second movement Adagio (which seemed if anything a little quicker than the Allegro moderato first movement!) and then the trio of the scherzo which received an extraordinary adagio performance, lovingly caressed, Chung’s face raised and radiant, such that it almost asserted itself as the goal of the whole symphony. For this was no ordinary performance of Bruckner’s most lyrical and popular symphony, but had obviously been thought out anew.

The first movement suffered badly from the slow tempos. The second theme was at the same speed as the first, the third theme a bit quicker at last. If anything the first theme should be the quicker one (listen to Jascha Horenstein’s 1928 Berlin Philharmonic recording), but most conductors are seduced by the glory of that opening theme. The difficulty Chung had was that the development fell apart because of the slowness of it all. Events that rely on architecture for their effect lost power: the opening of the coda, the first entry of the timpani, an absolutely gripping moment, passed by with little special significance here.

But at the final section of the first movement coda some magic took hold. With Wagner tubas joining the tutti so as to warm up for the Adagio, the sheer sound of the London Symphony Orchestra was magnificent, and from here the performance became more and more interesting. The Adagio can hardly fail, but there was an element of restraint here which suggested a degree of foresight and integrity in Chung’s presentation of the work – epitomised in the use of the cymbal clash at the climax that was fully integrated into the orchestral sound, rather than sounding like some vulgar addition; the dirge on Wagner tubas was played with steady tread, kept moving, and capped magnificently by the entry of the horns that closes it. The scherzo was very fast indeed, as fast as the strings could cope with, and the trio was shockingly but wonderfully slow.

However, the miracle of this performance was the finale. I still don’t know what and how it happened, but Chung delivered an interpretation not merely full of glorious moments, many of which one had scarcely noticed before, but even more he showed the finale to be a strongly wrought piece, weighty enough to balance all that came before, and a fitting end to this heavenly symphony.