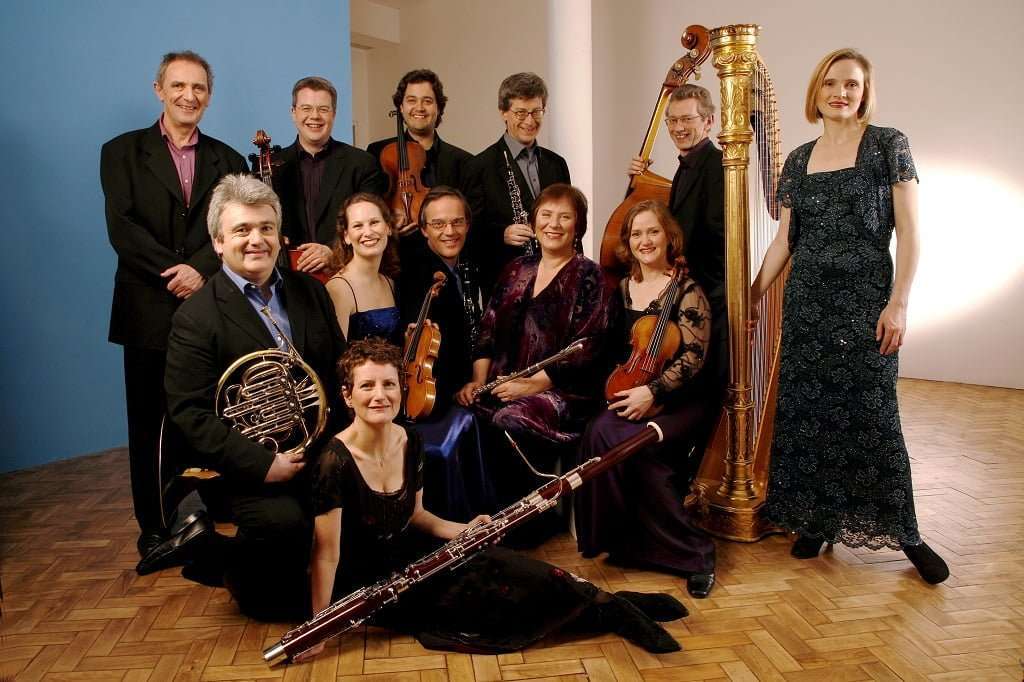 David Matthews bookended this celebration for the Nash Ensemble, in the perfect setting of Wigmore Hall, first as a composer of original music and finally as the consummate arranger of Berlioz. There were two recitals, one at 6 o’clock and the other at 7.30. The first one opened with Matthews’s impressive Horn Quintet (2010), in some respects the work that the late Nicholas Maw was unable to write for the Nash. Matthews packs much craft, invention and incident into its 12-minute span, the first movement luxuriantly spacious (and which includes a quotation from Maw’s orchestral work, The World in the Evening), the writing for strings reminding of Frank Bridge (which I hope Matthews will take as a compliment) and full of atmosphere and evocation, becoming impassioned. Linked by a cadenza for horn, the second movement is of the ‘hunting’ variety, exuberant, witty and somewhat Malcolm Arnold-like (another compliment), ending, to my mind, in whimsical mid-air. I did wonder if Richard Watkins was a little too loud at times, in relation to the strings, but he played heroically, and his colleagues, led by Marianne Thorsen, were equally persuasive.

After which Philippa Davies and Richard Hosford entwined for Gordon Crosse’s enigmatic vignettes, from 1959, and then the strings returned together with an introduction for Ian Brown (now the Nash’s longest-serving member, some thirty-five years) for Mark-Anthony Turnage’s Slide Stride (2002, for piano quintet), dedicated to Richard Rodney Bennett. Stride Piano, as in ‘Fats’ Waller, found Brown in high-spirited form to match the music, overly intense and mechanistic (think Conlon Nancarrow) maybe, if with some beguiling interludes, yet with enough freedom to swing and inveigle the listener to some foot-tapping. Counting for the musicians during the silent bars must be a challenge in itself, so too retaining togetherness, and all seemed triumphant in terms of relaying the music.

Considering the ‘main’ concert was very well and enthusiastically attended, it was surprising that the earlier recital was relatively short on patrons.

Nash, part two, opened with Debussy’s Faune, in David Walter’s arrangement, quite effective, and sticking to the composer’s original scoring wherever possible, not least the opening flute solo. This performance, conducted by Paul Watkins, was certainly vivid but also remorselessly fortissimo with few contrasts of dynamics and a worrying lack of really quiet ones. At the close, Ian Brown made some lovely pings on the crotales (antique cymbals).

And it was Brown who contributed so much to Fauré’s Piano Quartet No.1 in which he was the characteristic master of the light touch, of producing subtle colours, shading and inflections, ensuring that the piano was always part of the aural picture without usurping his string-playing colleagues – Thorsen, Power and Watkins, the cellist taking the central position. If Fauré’s later music became enigmatic and elusive, this masterly Piano Quartet is outgoing and overt, mixing Brahmsian power and density with the insouciance of Saint-Saëns. After a slightly foursquare opening the music was soon lyrically enticing and rippling with deftness. How enjoyable was the impish scherzo and how still yet searching the slow movement, remarkably rapt here. The resolute finale was delivered trenchantly.

After the interval, Ravel’s Introduction and Allegro for flute, clarinet, string quartet, with a starring role for harp. This outing wafted in from the Elysian Fields and was overall nicely capricious and elegant. Lucy Wakeford was poised and – as befits a harpist – angelic throughout. And, finally, in Berlioz’s Les nuits d’été, Paul Watkins once again picking up the baton, Kate Royal was a regal songstress (pun intended) and narrative-vivid, and as soulful as required. Maybe there was the occasional imbalance, voice covering instruments, and the opening ‘Villanelle’ was rather too nifty (Colin Davis’s very relaxed tempo for it always seemed apposite, whoever was singing) leaving some corners to be turned rather awkwardly. Otherwise it was a compelling impression of some lovely and affecting music as heard in David Matthews’s sympathetic and discerning arrangement, the string quartet and double bass sometimes suggesting that most blest of instruments, the harmonium.

To complete this festive evening was a splendidly produced printed programme consisting of tributes (from Michael Berkeley, Harrison Birtwistle, Mark Elder, Peter Maxwell Davies, Simon Rattle and many others) and memorabilia (concert-posters and the like), including the timely reminder that the Nash Ensemble has trod the boards with actors such as Richard Briers, Eleanor Bron, Samuel West and Edward Woodward. Perhaps the nostalgia cutting that stood out most is a letter to Amelia Freedman – the founder and artistic director of the Nash Ensemble, embracer of a wide range of music if with an enthusiastic eye for the new (as several pages of first-performances indicated) – from Arsène Wenger, manager of Arsenal Football Club, to Freedman at the time of her 70th-birthday in 2010. She is an avid football fan and the “Gunners” is her team. On the day of these Wigmore Hall concerts, Arsenal (with Wenger still at the helm of course) could only manage a 2-2 draw at home to Hull. Not title-winning form, but the Nash Ensemble has been in the premier league for many years. It returns to Wigmore Hall on November 22 with songs by Mahler and Weber, with Wolfgang Holzmair, and chamber music classics by Mozart and Schubert, the latter’s ‘Trout’ Quintet. There’s also a 6 p.m. preamble, pieces by David Matthews, Alexander Goehr and Simon Holt.