Take 170 young musicians, aged between fourteen and eighteen from across the nation, add a young pianist and a returning Mexican conductor and what do you get? Well this vibrant assault on one’s musical senses – the first concert of the Spring tour which follows this Royal Festival Hall performance (recorded for BBC Radio 3 broadcast on April 24). 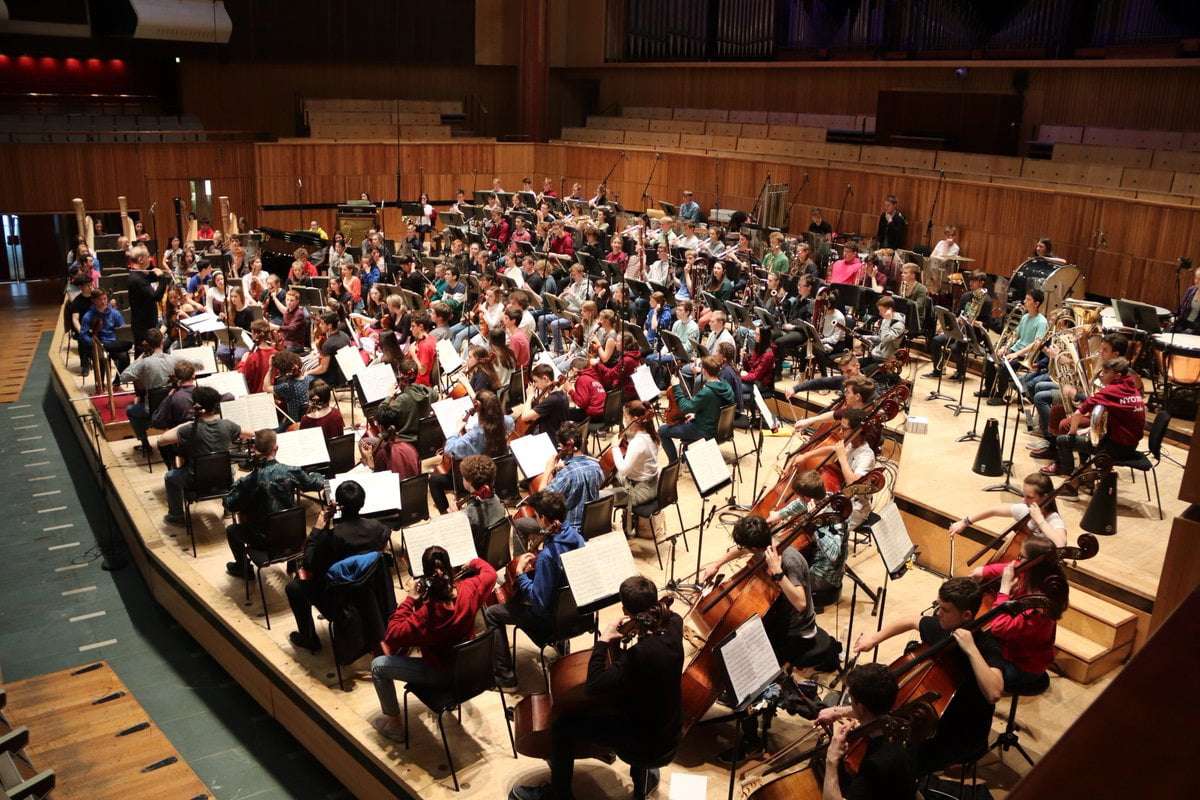 There’s been a definite ‘go west’ feeling so far this year with NYO programming. After January’s Rick Dior and John Adams, here in a concert given the overall title “Voice of the Americas”, we started in Mexico then travelled north to USA before a dash of Argentina as an encore. It’s sad to report that all works in the programme are rarities. So not only is it wonderful to report how fantastic these players are, but how refreshing they present such good combinations of repertoire.

Carlos Miguel Prieto – entering at first aided by a crutch and visibly limping for the rest of the concert – brought a touch of his homeland for the opening two pieces. Revueltas’s Sensemayá, conjuring up the magical sacrifice of a snake (sonorously sounded by principal tuba, Douglas Scott) was followed by Sinfonía India by Carlos Chávez (NOT Hugo Chávez as the programme mistakenly named him), his single-movement evocation of ancient Mexico, rivalling Revueltas’s rhythmic percussion (adding what the score calls “rattling string” – a string of hard, wooden beads, which look like a bag of walnuts – to emulate the native Grijutian, a string of deer hoofs and creating an ever-shifting musical travelogue that is instantly recognisable.

Both these Mexican works were composed within two years of each other (1938 and 1936 respectively), while the American works were from the preceding and succeeding decade. The bundle of contained energy that isXiayin Wang proved a persuasive guide to George Gershwin’s stop-and-start Piano Concerto (1925): solos separated by orchestral episodes rather than a more involved engagement between the two. There was an immediate difference in soundworld too (although perhaps because Gershwin’s is more familiar) – more bustlingly urban, with its jazzy rhythms of the outer movements flanking the blues of the slow one. Wang went on to expand her palette in two encores, the first with the help of the NYO: I Got Rhythm and particularly The Man I Love in which she impressed with notable subtly and nimbleness.

As has become the norm at NYO concerts, individual players introduce the works, microphone in hand with prepared pithy words, stressing youthful exuberance for working together to a common goal, and Prieto referenced this in his brief speech at the end, following an impressively noble account of Aaron Copland’s Third Symphony that had just as eloquently espoused these qualities: Fanfare for the Common Man that forms the backbone of the Finale could have been re-titled ‘fanfare for young musicians’ for these concerts.

The players were allowed to let their collective hair down in the encore – ‘Malambo’, from Ginastera’s ballet Estancia, adding both individual and massed motions (there was a nice recurring stand-and-swivel through 360-degrees motif, even if the one thing missing was a Mexican wave), to the riotous musical throng. It was a suitably fitting end to yet another example of the excellence of these musicians as well as a winningly programmed concert.