With the recent announcement of his retirement, sixty-five years at the helm, a force who’s never not been with us, inspiring destinies and shaping values, Bernard Haitink takes distinguished leave of a long career. I remember interviewing him at Glyndebourne. A perfect gentleman, quiet yet determined, happy to talk music, less willing to get snarled in power games while not without decisive opinions. A pragmatist, a rationalist. “No conqueror”, one of his players has said, “but a servant of the masterpiece.” An instinctive artist seeking the past to escape the present. “I’m not tough. But I’m stubborn. That helps me when I step on the platform. That is my world. No telephone calls, nothing can disturb me. Then I am my own master. Those are my best moments, I think.” 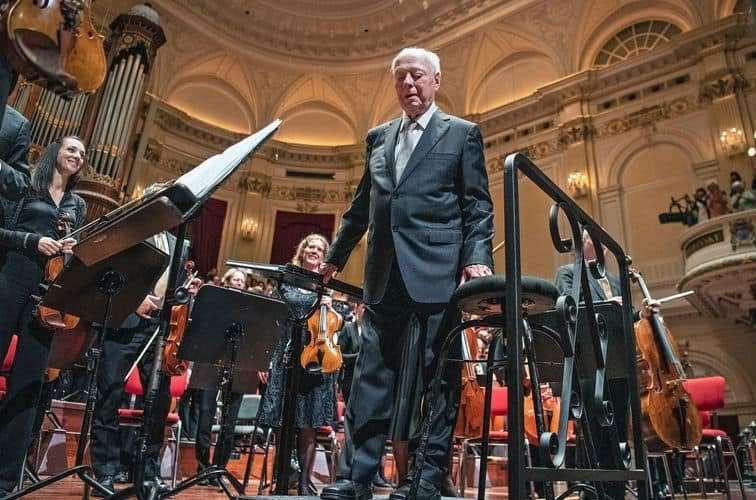 The jet-setting style of today’s stardom seekers, pursuing politics and presidents, fashion and mannerism … the iron-rod rule of the pre/post-war Europeans in America, from Stokowski to Reiner and Szell … the razzle and flamboyance of the showman brigade led by Bernstein … the dictatorial severity of the hard-core Soviets, was never Haitink’s way. Operating from a mellower ground base, he opted for a kinder manner, unfussed clarity of technique, a minimum of motion and words, subtle body language playing a major part. “When you really know a piece, really have it in your blood, it comes by itself through your arms and personality.” Symphonist first, opera man second, the pillars of his legacy are engraved discographically, with cycles of Beethoven, Brahms, Bruckner, Mahler, (landmark) Shostakovich, Schumann, Tchaikovsky and Vaughan Williams commanding the field – his Bruckner and Mahler setting several yardsticks – alongside the complete Symphonic Poems of Liszt, the Beethoven Piano Concertos with Brendel and Perahia, and a ‘Ring’ tetralogy. I never saw him that animated – though others suggest he could be. Serious, yes. Spectacular, sometimes. Ferocious, rarely. Noble, often. Human, always. His Decca recording of Shostakovich’s Eighth Symphony with the Concertgebouw Orchestra remains one of my desert-island choices. December 1982. Andropov’s Russia. Thatcher’s Britain. The Falklands.

One doesn’t review farewell concerts. One simply is grateful for the pearls of a life journey illuminating the hour. For this broadcast – Dutch Tonmeister-ing at its best – Haitink reunited with the Netherlands Radio Philharmonic, of which, following a period of study under Ferdinand Leitner, he was principal conductor from 1957 to 1961 and has been Patron since 2012.

With Camilla Tilling in radiant, un-operatic voice (she was Haitink’s Himmlische Leben in his Mahler Four at the 2014 Proms), the five Richard Strauss songs cast a smoky spell. Here, in abiding beauty, yesterdays of long ago echoed down the years. The long orchestral postlude of Heine’s ‘Die heiligen drei Könige’ was a fragile cameo of ebb and flow, the detail etched like the veins of leaves at twilight beneath “a star of golden light”. ‘Morgen!’, with its violin fading into G-major sunset, was, will always be, heart-breaking. “And tomorrow the sun will shine again … silently will we gaze into each other’s eyes, and the silence of happiness shall fall upon us…” Glowing mist … a long-held stillness. 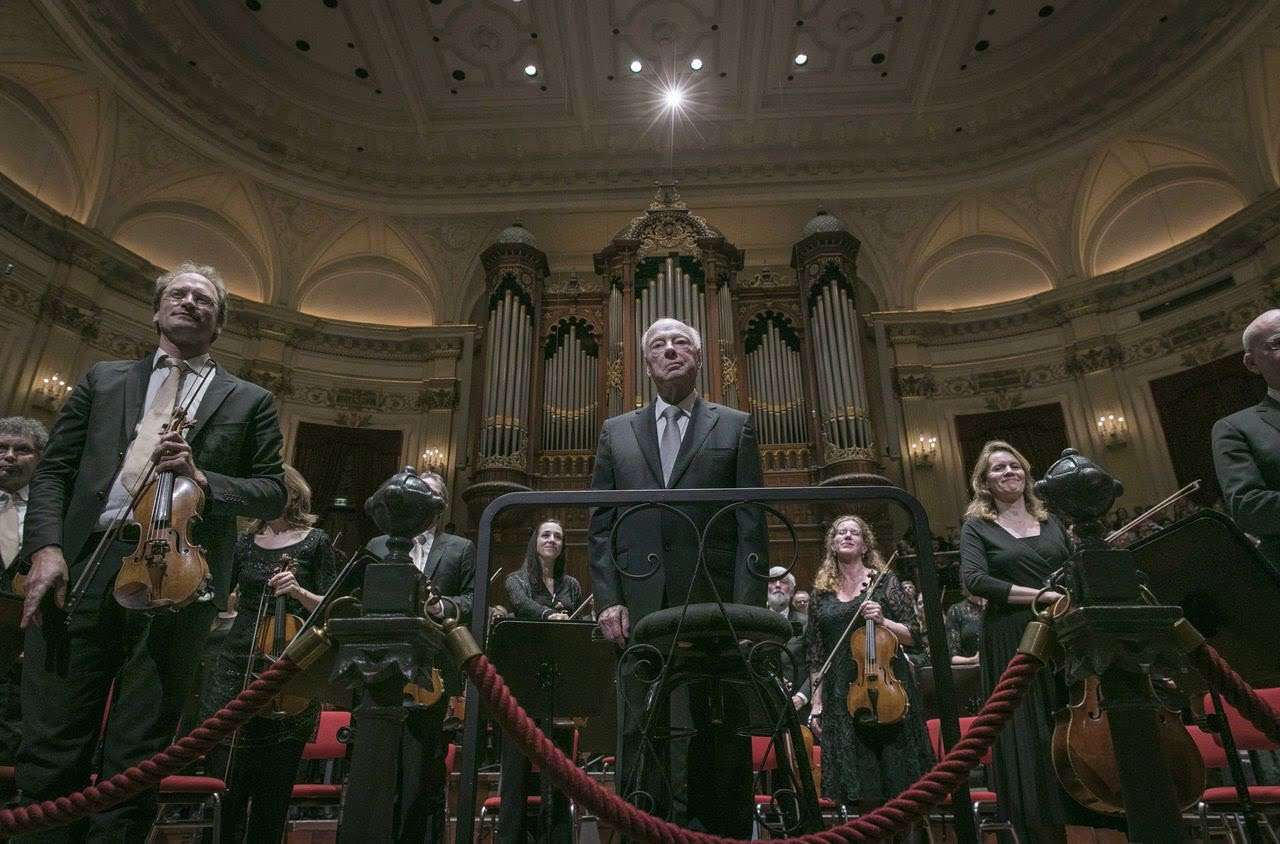 Bruckner’s Seventh Symphony, dedicated to Ludwig II of Bavaria, pursued a rugged trail, hewn out of a mountain, the opening violins’ tremolo not so pianissimo, the cello line given its mezzo forte song. Paragraphs soared into chapters, each a profusion of splendidly inevitable contrasts and cadences, each rhythmic and temporal division fused into a blended organic whole. Haitink’s Bruckner has long been one of the determinators of our time. Here, once more, was to be confronted with the man and the experience living before us, gripping senses and emotions. Straining to give of its best, the Netherlands Radio Philharmonic rose to the occasion, demurring scarcely if at all.

The pacing of the Adagio’s climax, with its Jovian swing into C-major underlined by the percussion of Nowak’s 1954 edition, was magnificently, sonorously epic, neither rushed nor gratuitous. The ensuing quartet of Wagner tubas, firmly centered , blended in ideal accord, the emotive notes of the scale leant upon with individually free nuance. The Scherzo had the leap of a Roman lion. The pedal-pointed codas of the outer movements crowned E-major in slow harmonic rhythm, the profoundly weighted ensemble chorusing cathedral spaces for the cosmic beyond.

An enriching, inexorable voyage, no other view seeming conceivable or needed. Haitink’s Concertgebouw recording from the mid-sixties, definitive for many, timed at sixty-one minutes. The present one took around sixty-nine, including movement gaps. It didn’t feel like it. With the audience witnessing the end of an era in the making, the ovation was tumultuous. And majestic.

Haitink’s final concert is scheduled with the Vienna Philharmonic at the Lucerne Festival on September 6, signing off (once again) with Bruckner Seven (ditto at the Proms, Sept 3). Come the mornings after, life won’t be the same.