A standard Overture-Concerto-Symphony programme, on the cusp between comfort and challenge? That idea quickly unravelled with Shostakovich clowning around with piano, trumpet and strings, followed by a Berlioz Symphony with a serious identity crisis acted out by a concertante soloist, the evening bookended by two literature giants, Goethe and Byron, and presided over by Gianandrea Noseda at his energising best. 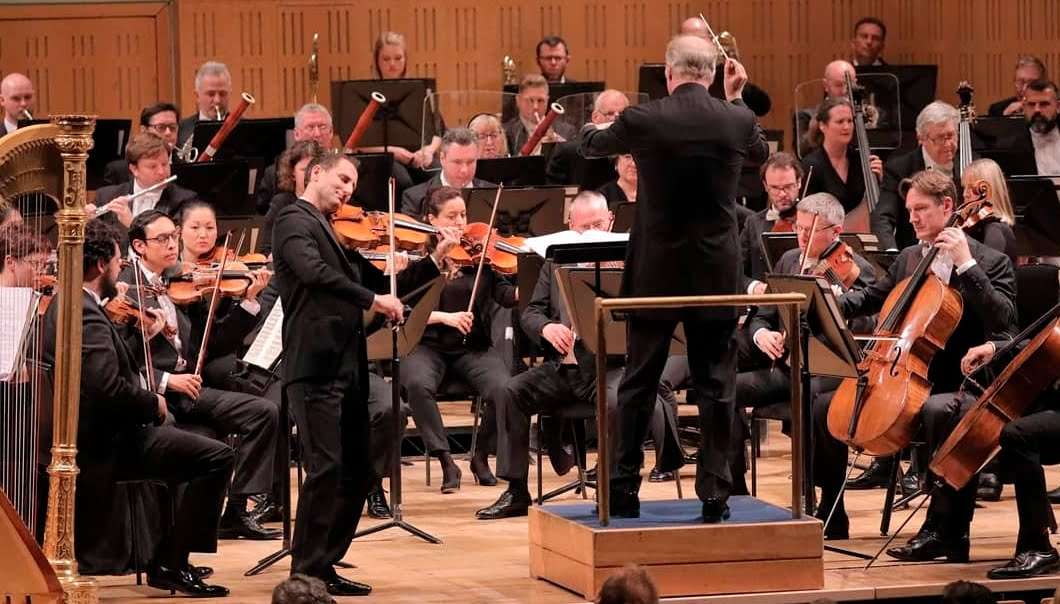 We got the message from the start with the way he and the LSO dug themselves into Beethoven’s Egmont Overture’s introduction with a fury that destabilised the ensuing Allegro and which even overshadowed the major-key peroration. The LSO’s trenchant playing headlined Egmont’s tragedy and heroism in a way that completely explained Berlioz’s obsession with Beethoven, although it hardly flattered the irony and fantastic capers of Shostakovich’s Concerto, one of the last works he wrote before Soviet control made him increasingly wary.

The élan with which Daniil Trifonov (completing his LSO Artist Portrait) and Philip Cobb (LSO principal) delivered the Concerto’s opening gambit said it all in anticipating the silent-film-accompaniment brilliance of the Finale, but both enjoyed themselves in the pensive lyricism of the previous movements, which suited the veiled sound Trifonov drew from the Fazioli. Frankly, he could have done with a much-brighter top for the more frantic music, but otherwise Trifonov was on sensational form, playing the caustic rhythms and dazzling fingerwork with a fearsomely well-engineered and muscular articulation – this wizard is very generous with his virtuosity – then letting the more-reflective episodes lead him into premonitions of Shostakovich’s bleaker style. The composer knew and the pianist knows that the clown in this music is as likely to terrify as to make you laugh. Cobb stood behind Trifonov, raising a smile with the trumpet’s frequent banalities as much through his deadpan delivery and seamless breath-control as through the mercurial glint of his playing – and if only you could bottle the magic tone he produced for the blues-like solo in the Moderato, which he took further in the soloists’ encore, an arrangement (by Trifonov?) of George Gershwin’s ‘Someone to watch over me’. The LSO strings (based on five double basses) created a dynamic foil to Trifonov and Cobb with Noseda alert to every detail.

Berlioz fans may remember Harold in Italy from last year’s Proms, when Antoine Tamestit immeasurably raised the viola role’s profile with plotted wanderings through the orchestra. You worried that it might make Byron’s romantic outsider too emphatic and artificial a presence, but, as in the Prom, Tamestit again carried it off with remarkable and moving results. You instantly got the point that he was not only animating Byron and his Childe Harold but also Berlioz himself, the artist condemned to be at one remove from his fellow man. His lingerings, soulful looks and moments of impetuous longing were touchingly mimed and, of course, channelled through the beauty of the sound he makes, a luminosity that favours shadows, backed up by occasional forays into a reluctant bravura. The concept wasn’t remotely patronising, and, as he moved on from his duet with Bryn Lewis’s harp to a dalliance with horns and woodwinds and then a despairing exit as the Brigands’ Orgy got into its stride, this already wonderful work grew in stature. Noseda and the LSO surpassed themselves in their openness to Berlioz’s astounding originality, and the playing was superbly idiomatic, with a saturated sound that kept its transparency. Tamestit is the subject of the LSO’s Artist Portrait next season – so that’s something to look forward to.