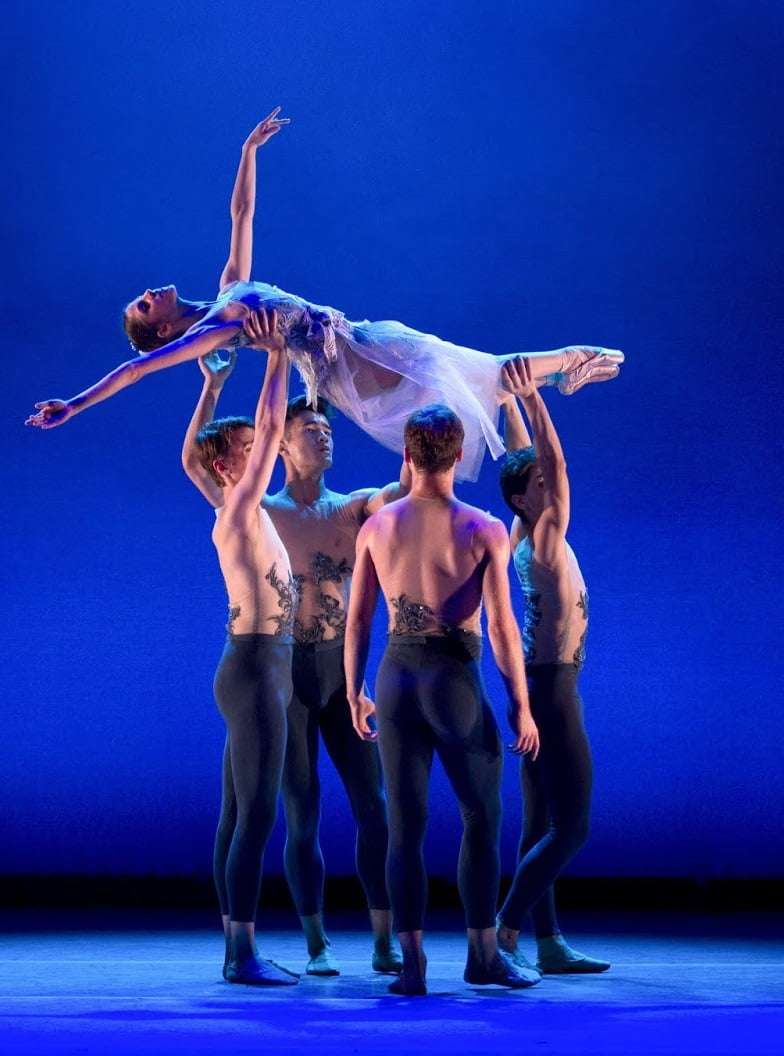 The New English Ballet Theatre is a doughty little enterprise with a laudable aim – to commission and bring new work. But that, without the weight of a large organisation behind it, is no small ask, so whatever they achieve is somewhat against the odds. However, there is a great deal of choreographic dross out there and the number of dance creators is legion; quality control is essential. At least NEBT enlisted two respected choreographers, Jenna Lee and Wayne Eagling for its latest double bill, even if the outcome was perhaps less than the scintillating evening of dance it was intended to be.

The clever take in Lee’s The Four Seasons is the use of Max Richter’s re-imagining (how that word usually chills the blood) of Vivaldi; it lends a contemporary flavour to proceedings from the off. Costumes change for each section and range from the successful mini farthingale panniers and cycling shorts in summer and some leaf cross-halter dresses in autumn to some distinctly unflattering cuts and shapes elsewhere. Lee’s choreography, however, fails to delineate between the four seasons and rarely rises above the fluent. She certainly can manipulate the (neo-) classical idiom with assurance, but the spark of originality fails to ignite. The company members (assembled anew each season) are eager, bright-eyed performers and bring enthusiasm and enjoyment to their performances without ever taking their artistry anywhere deeper. They are all careful with their placement and positioning, perhaps overly at times, creating the whiff of the school studio at times. An honest performance of a decent work. 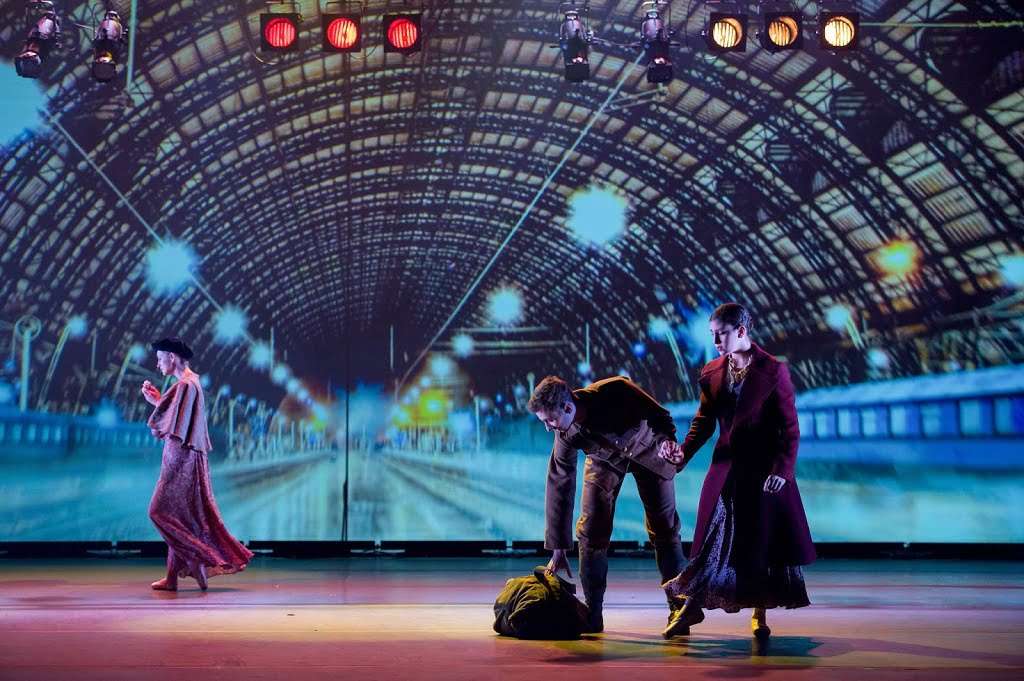 Remembrance is very much a curate’s egg of a work, unsurprisingly so, given the disparate and ultimately irreconcilable elements of which it consists. Firstly, the music – Handel’s Ode for St Cecilia’s Day, played quite beautifully by The English Concert under Harry Bicket with the striking vocal sound of The Erebus Ensemble and two commendable soloists. Such was the power and professionalism of their rendition that they, and Handel, often dominated proceedings, the attention often drawn to what we were hearing rather than what we were seeing. It is hard to fathom the choice of baroque music to accompany a tale about the First World War – try as he might, your critic could not see the link. And then the narrative.

Eagling has taken the story of Dame Marie Rambert and her husband Ashley Dukes and expanded it to make a wider comment on the role of women in the war. As such, it falls between two narrative stools – there is not enough biography or, indeed, character for Rambert and Dukes but too much for a general parable. For no discernible reason, the work opens in the London studio of Princess Astafieva, with whom Rambert trained for a time, but then moves to more abstracted locations with the assistance of some good video projection; the London terminus from which Dukes leaves for the front looks suspiciously like Amsterdam Centraal, and the French town bears more than a passing resemblance to a view of Oxford High Street from University College.

Eagling’s choreography is rich and varied, including small quotations from Kenneth MacMillan’s First World War ballet Gloria which are entirely justified as Eagling led the first cast. It is at its most successful in the section for grieving women in which Rambert and five others in plain black dresses bring a Martha Graham-like intensity to their expressions of yearning. As a work it seems caught between realistic depiction – soldiers brought in on stretchers, Tommy uniforms – and a more expressionistic evocation of mood and emotion.

The dancers put heart and soul into this curious hybrid of a ballet, and, if it remained somewhat distant as a theatrical experience, the blame cannot be laid at their feet. Alessia Lugoboni brought a vulnerability to her Rambert (an attribute for which Dame Marie cannot be said to have been best known) while Alexander Nuttall cut a distinguished Dukes; they were both at their best in the fourth studio scene in which Rambert dances with him in her dreams – Nuttall’s strong and secure partnering was notable.

This was an evening which, ambitious as it was, did not really deliver on what it had promised. New ballets are, by their very nature, unknown quantities, and NEBT might do well to anchor its programmes with existing works, revivals of unperformed pieces from the repertoire of great dance-makers perhaps.