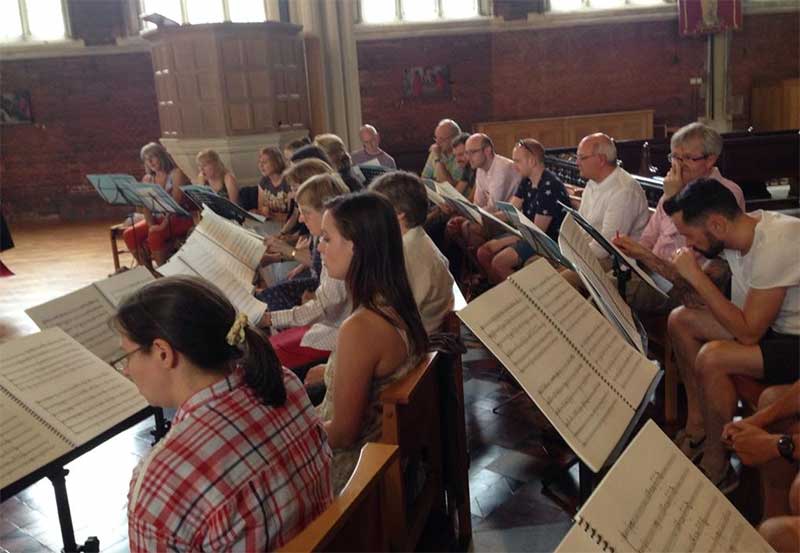 The New London Chamber Choir is in the elite of choral groups, particularly in contemporary music, and this was its first concert with new director Matthew Hamilton, the young conductor who has a formidable reputation as a choir trainer as well as having an easy rapport with audiences, if his witty introductions to the various pieces are anything to go by.

With one exception, the NLCC’s hour-long programme was all-contemporary, dominated by a magnificent performance of Giles Swayne’s 1995 setting of William Blake’s The Tiger, a massive expansion and deconstruction of the familiar poem and brought to vivid, elemental life by the 33-strong choir. With a prominent soprano presence, the group’s colourful attack had a cartoon-like realism, but it was the independence of each line and some telling solos that gave this particular Tiger its savage vitality, with Hamilton moulding it to a shattering climax.

All the pieces on the programme were technically amazing; Swayne’s The Tiger was also very moving. The evening’s animal theme was launched by Judith Bingham’s ‘The arrival of a few summer migrants’, which sort of took over from where BBC Radio 4’s Tweet of the Day left off. Bingham has been a professional singer, and her inside-knowledge and prodigal imagination flowed through this ornithological parade. It was delivered with terrific panache, and the brilliantly scored bird references gave a strong idea of the composer’s originality.

There were more noises-off in Roberto Sierra’s Cantos populares, which play with the sounds and atmosphere of the Caribbean. The smaller grouping of four to a part gave a better idea of the fine quality of the men’s voices, and the singers’ easy but secure ensemble continued to amaze. Numbers were reduced to five for a madrigal comedy-of-animals in counterpoint by Banchieri (1568-1634), with a lot more bestial grunts and chirrups.

The last big work was by the maverick Danish composer Pelle Gudmundsen-Holmgreen, his four settings of poems by the Australian poet Les Murray, whose pile-up of bat, egret and elephant imagery and onomatopoeia is both contained and enhanced by the music into a surrealist soundworld where the words themselves seem to disintegrate. In a programme given over to the bizarre, this was by far the strangest piece, with hints of cantus firmus evaporating into whistling and heavy breathing. Even though the animal noises were by now beginning to fatigue, the singing, frequently with added stamping and clapping, was a technical tour de force, rousingly celebrated in the delirium of Meredith Monk’s Panda Chant II. The NLCC is onto a good thing with Matthew Hamilton.