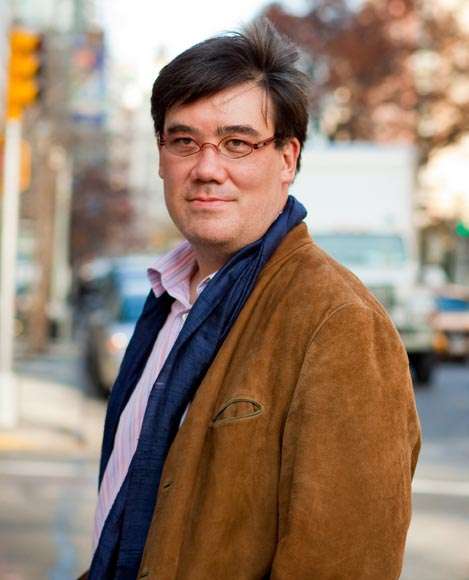 The New York Philharmonic launched its 2014-15 subscription season with the Clarinet Concerto written earlier this year by Unsuk Chin and then Mahler’s First Symphony.

Music Director Alan Gilbert introduced the Chin with a brief illustrated talk, explaining its use of multiphonics (sounding two tones simultaneously) and other unusual clarinet effects. Chin (born in South Korea), who studied with György Ligeti, immersed herself in electronic music before developing her own voice. The fascinating soundworld that Chin creates in her Clarinet Concerto combines two divergent universes: eerie hushed string chords intermittently penetrated by flitting winds and percussion, and frenetic rhythmic figures played by the soloist either alone or with overlapping woodwinds. Each of the three movements bears a title. ‘Mirage-Fanfare-Ornament’ describes the tripartite structure of the first movement. Barely audible, unearthly sounds are soon met with a barrage from the clarinet that darts chaotically into the orchestra’s sonic haze. The music picks up momentum with a lusty head of steam, building to a climax that is aborted suddenly, returning to the strange quietude of the opening.

The second movement, ‘Hymnos’, a passacaglia of sorts, that keeps repeating its opening theme, is first heard in faint multiphonic sounds in the clarinet. Almost imperceptible string chords and a steady drum-beat create a foreboding atmosphere that builds in intensity and animation until the music becomes a wild, tempestuous dance during which the clarinet pelts the orchestra with short flashes and flutters. This maniacal fury suddenly disappears as the music is once again immersed in stillness. The finale, ‘Improvisations on a groove’, finds the soloist re-engaging with flits and flutters, now punctuated by orchestral strokes, sputtering trumpet tattoos and rapid-fire woodwind flickering. At the height of this raucous polyphony, the music suddenly returns to a pervasive stillness, embellished by Kari Kriikku’s rapid-fire flurries until they are cut off in mid-stream.

Kriikku demonstrated extraordinary virtuosity and flexibility, although – whether because of the Hall’s acoustics or balance problems – his pyrotechnics could not be heard over the orchestra in some relatively brief tutti passages. This was a stupendous performance of a thoroughly engaging and creative work.

The hushed, sustained multilayered A that opens Mahler’s First Symphony seemed a fitting parallel with the beginning of Chin’s Clarinet Concerto, but neither calm nor quietude was the governing conception behind Gilbert’s interpretation. Indeed, he imbued the entire Symphony with an extra measure of energy and speed that seemed forced, yet was far from inappropriate for this work by a young composer bursting with enthusiasm and romantic verve. The Philharmonic’s musicians kept up flawlessly with Gilbert’s rapid tempos, marvelous in their handling of the tiered accelerations that he imposed toward the end of the finale, a procedure at odds with Mahler’s markings.

Some engaging moments are worth mentioning: gorgeous cello-playing in the lyrical figure that opens the development section of the first movement and during the second part of the third; a rapturous treatment of the lyrical theme of the finale; fine woodwind interplay during the second movement; and bright and full-blown brass during the finale. The Ländler of the second movement was relatively brisk, with Gilbert emphasizing the swooping character of string phrases; a few affectations in the melodic line during the trio were too exaggerated to naturally enhance its lyricism, but the middle section of the third movement had a warm, engaging quality. At the Symphony’s very close Gilbert generated loads of excitement.