Manuel de Falla’s scenic cantata Atlàntida, based on a poem by the Catalan priest and poet Jacint Verdaguer, combines elements of the life of Christopher Columbus and Greek mythology to tell the story of the lost continent of Atlantis. Falla worked on Atlàntida for the last two decades of his life, but it was left to his student and acolyte Ernesto Halffter (1905-89) to complete the work posthumously from the composer’s incomplete manuscript. In this performance of selections from the first of two subsequent revisions by Halffter, the New York Philharmonic was conducted by Rafael Frühbeck de Burgos, who is perhaps the greatest champion of Falla’s works.

Although the selections chosen by Frühbeck were too sketchy to convey very much of the narrative of this massive, four-hour-long work, this is music well worth listening to, from the dark foreboding in as the Prologue began to the spirituality of the prayerful concluding segments. The highlight was the gripping portrayal of Queen Isabella by Emalie Savoy, her lovely dramatic soprano accompanied by harps as she sang of the monarch’s dream of angels. Jacques Imbrailo as the Corifeo projected nobly in his account of the cataclysmic end of Atlantis. The superb Orfeón Pamplonés chorus sang with precision and were moving in its a cappella rendition of the prayer of Columbus and his crew on the eve of making landfall in the Americas, and in the final ‘hymn of wonder’, with the celesta quite lovely in the accompaniment. 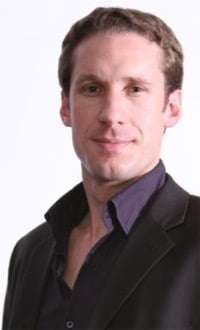 Carl Orff’s Carmina Burana, long associated with Frühbeck, was a natural choice to complement Atlàntida. Jacques Imbrailo was joined by Erin Morley and Nicholas Phan, with the Brooklyn Youth Chorus augmenting the Orfeón Pamplonés. Frühbeck gave the score a raucous and sometimes bombastic reading, with percussion overwhelming all else in the opening ‘O fortuna’ (although in better balance when this section was reprised at the finish), and orchestral voices obscuring one another in the succeeding section. Much better were the soft beats, sustained chords and flute solos that accompanied the chorus in ‘Veris leta facies’.

The performance really took off with Imbrailo’s solo, ‘Omnia sol temperat’, and he was equally impressive in the tavern scene, forcefully portraying the Abbot’s drunkenness and slumping into his seat as the tuba signaled the chorus’s final laughing outburst. Then, in ‘Dies, nox et omnia’, he showed off a sweetness of upper-register tone and rock-solid low notes, and his sustained notes in ‘Circa mea pectora’ were unwavering in intensity. Imbrailo’s performance ranks with Dietrich Fischer-Dieskau’s on Eugen Jochum’s recording.

Phan, also making his New York Philharmonic debut, gave a humorously engaging account of the roasting swan, his facial expression and gestures conveying the animal’s distress as his voice carried strongly in this extremely difficult part. Erin Morley’s sparkling voice dominated the ‘Court of Love’ section – tender in ‘Amor volat undique’ with its sustained final note, glorious in ‘Stetit puella’, and deeply expressive in ‘In trutina’ – with a crystalline ‘Dulcissime’ capping off her performance.

Conducting from memory, Frühbeck demonstrated an easy familiarity with this work as he seized many opportunities to tinker with tempos and orchestral balances, all while in full control, drawing fine and accurate singing from both choruses through the work’s often-complex rhythmic patterns. The Philharmonic also responded ably to Frühbeck’s direction, with the percussion brilliantly adding color throughout the performance. There were also excellent flute solos and some prominent duets from the first stand of the first-violin section. In the end, however, what one most took away from this exciting performance was the extraordinary singing of the three solo vocalists.