Coinciding with the Diamond Jubilee celebrations, the sixth English Music Festival began with audience joining orchestra for Hubert Parry’s Jerusalem (1916), given in the composer’s modest orchestration ideal for such purposes; after which, Matthew Curtis’s Festival Overture (2008) was a pleasantly unmemorable curtain-raiser. 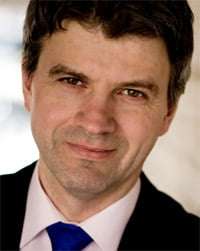 Mark Bebbington then gave the first public hearing of Vaughan Williams’s Fantasia for piano and orchestra. Created between 1896 and 1902, revised two years later though never performed, this is the latest instance of a large-scale work from the composer’s formative years that he chose not to release, yet there is little to fault in the relationship between soloist and orchestra – the former’s role as commandingly conceived as that of the latter is assured in its ranging from chamber-like intimacy to imposing rhetoric. Ostensibly in six sections, the piece might be heard as a ‘three movements in one’ design as well as, more arrestingly, a series of variations (placing it in a notable line of British concertante works extending from John Field to Birtwistle) on the hymn-like melody that follows the powerful introduction, with a brief yet demanding cadenza prior to the unequivocal close. Whatever Vaughan Williams’s reservations, its rehabilitation could not be more welcome. 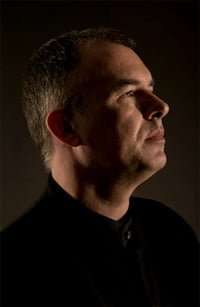 As attentive to its technical demands as its emotional follow-through, Bebbington proved equally assured in John Ireland’s Legend (1933). Inspired by the writings of Arthur Machen as well as an apparition witnessed by the composer on the Sussex Downs, this single movement of alternately ominous and otherworldly atmosphere is without parallel in his output – its elusiveness making for an unsettling but enthralling experience. Bebbington had the measure of the opening section’s sombre rhetoric and the menacing central interlude with its nagging motivic repetition, while he and Martin Yates were at one in bringing out the ambivalence of the restive close.

After the interval, there was a comparably rare revival for Delius’s Over the Hills and Far Away (1897). Described by its composer as an overture, this is more akin to a tone poem whose cumulative outer sections – emerging from wistful remoteness to surging affirmation – frame an intermezzo-like central span of real expressive deftness. Yates could have rendered this latter with a lighter touch, but he and the BBC Concert Orchestra handled the remainder impressively: the strings at the start ideally distanced and the ensuing horn-call eloquently shaped, while the twin perorations lacked nothing in impact – the latter concluding the piece with surging impetus.

The concert ended with a first public outing for Martin Yates’s realisation of sketches left by E. J. Moeran for his Second Symphony (1950). Much has been written as to whether what survives is the extent of what had been achieved on the work and, indeed, whether its composer had even decided on its overall form. Questions such as only he could have answered, yet there can be little doubt that Yates has made a convincing elaboration of what remains in fashioning a ‘four movements in one’ design: the opening section purposefully juxtaposing its alternately energetic and suavely expressive themes, before a scherzo whose militaristic import is new to Moeran’s vocabulary, then a slow movement which relative expansiveness is justified by its audible concern for developing the musical argument through to a point from which the final section can draw together salient ideas, in an apotheosis whose fervour is set in relief by a passage of inward serenity prior to the visceral close.

A fine realisation, then, of what cannot purport to be Moeran’s Second Symphony, yet which has more than enough authenticity to set the seal on his prematurely curtailed output. Yates secured a response even more vital than on his recent recording.