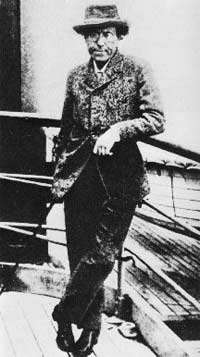 Music director Lorin Maazel is devoting the final three weeks of the New York Philharmonic’s current season to concerts comprised of a single large-scale work. This week it is Mahler’s Ninth Symphony, next week a concert version of Puccini’s “Tosca”, and then, to conclude the season, Bruckner’s Eighth Symphony.

This performance of Mahler’s Ninth left me with mixed reactions. On the positive side, the Philharmonic’s players were in superb form, with nearly flawless ensemble playing and with the principal musicians excelling in every solo passage. There also were many memorable passages. On the other hand, the music seemed to drag at many points, owing to Maazel’s generally too-slow tempos, and there were excesses of volume in some passages. Only in the final movement did both the pace and the playing coalesce in near perfection.

Soon after the opening movement began, at the pp entrance of the first violins, there was a lack of clarity owing to their being seated directly in front of the second violins. This proved a relatively minor problem, however, as the two sections generally maintained their separate identities despite their non-antiphonal placement. The movement featured fine solos by concertmaster Glenn Dicterow and several other principals, including Philip Myers (horn), Robert Langevin (flute) and Thomas Stacy (cor anglais). Mahler painted here with a colorful palette of timbres, and the orchestra responded with an array of beautiful sounds from the muted and non-muted brass, low woodwinds, cellos and double basses, among others. 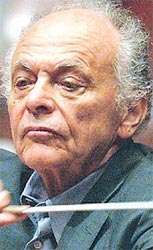 However marvellous the sounds produced by the orchestra, the first movement suffered from being taken at an unduly slow pace, running a couple of minutes beyond a half-hour. Maazel’s use of rubato was often excessive as he stretched out phrases, particularly at climactic moments. Yet the music generally kept its forward momentum, as in an extended section where the harps maintained what felt like a steady heartbeat even as the rest of the orchestra seemed engrossed in tribulation and stress – until the return of the calming “Lebe wohl” theme, so identified by Mahler in the manuscript score owing to his having based it on the falling figure with which Beethoven had begun his ‘Les adieux’ Piano Sonata (Op.81a). Later, following the movement’s extended and often stormy development section, the recapitulation of that theme was again briefly calming, but increasing dissonance brought tension with it that was not relieved until the coda, introduced by harp arpeggios and with only the piccolo and cellos playing pp at the end.

Maazel began the second movement with a rather slow tempo and overemphasised the coarseness of the rustic, country-dance character of the first Ländler. He was closer to the mark in the suddenly interjected waltz-like dance, drawing marvellous playing in a contrasting passage for trombones and tuba (although the timpani was too forceful here), and he treated with appropriate delicacy the slower second Ländler that followed. Mahler’s miraculous interweaving of the three dances and their ultimate harmonic and melodic deconstruction came through convincingly.

Despite another relatively slow tempo, Maazel’s traversal of the Rondo-Burleske at times felt light and jazzy, but overall was a rather wild ride. Pungent brass and percussion stood out throughout the movement, and the wind section excelled in their extended interlude. This is the only one of the symphony’s movements that does not fade away quietly, and Maazel gave due emphasis to the final Presto, with its sudden and powerful ending.

Mahler regarded this symphony as in the nature of a farewell (although he began work on what would be the unfinished Symphony No.10), so the concluding Adagio stands as a farewell within a farewell. In this movement Maazel set just the right pace to evoke the depth of feeling inherent in Mahler’s score. The Philharmonic’s strings were outstanding here, with excellent solo contributions from their principals, including, in addition to Dicterow, Cynthia Phelps (viola) and Carter Brey (cello). There also were fine solos from Myers on horn and Arlen Fast on contrabassoon.

In the symphony’s final passages, the tenderness of the music, its Adagissimo tempo and its broken phrasing powerfully evoked for me the feeling of witnessing the dying breaths of the peaceful, final moments of life – something which, sadly, I experienced only a month ago. If that is indeed what Mahler intended, he – with the help of Maazel and the Philharmonic – certainly succeeded.