This concert was a gem! Under guest conductor Riccardo Muti, the New York Philharmonic was at its best in performing infrequently heard works by great composers, demonstrating in the process that they merit a more prominent place in the symphonic repertory.

All too often, concert-opening overtures are given perfunctory performances, but that was certainly not the case with Muti’s reading of Rossini’s overture to “Semiramide”. He instilled the work with a sense of humour and a sense of drama, evoking incredibly precise playing that maximised the impact both of sudden silences and explosions of sound. Muti managed perfectly the dynamic build-up in each of the crescendos, whilst keeping the orchestral forces in balance, getting the full impact of brass and percussion without overshadowing the strings and winds. The strings were in perfect unison even in the most challenging passages, and there was a resonant four-horn choir and fine solo turns on bassoon, oboe, clarinet, flute and piccolo. This performance was gripping from start to finish.

Schubert composed his D major Symphony in less than two months when he was just eighteen. It is performed much less frequently than the composer’s later works in this form, but Muti proved such neglect is ill-considered. Following the long-sustained opening unison tonic D, the winds and strings (many fewer than used for the Rossini overture) blended into a warm, genial sound. Associate principal clarinet Mark Nuccio’s fine solo in the introductory Adagio maestoso was echoed on the flute, and then Nuccio played a jaunty tune to usher in the Allegro con brio. Muti was clearly in close rapport with the players, who responded to his every gesture as he swayed gently to a dance-like passage in the winds and then made low, sweeping baton strokes for a broad string passage. In the development section, the low strings provided harmonic support as the violins and winds alternated melodic passages, and then violin tremolos created tension that was relieved in the recapitulation. Overall, Muti and the orchestra brought a very sunny feeling to the opening movement, whilst remaining formal and restrained, very much reflective of the symphony’s classical ancestry.

In the gentle, dance-like Allegretto, strings and winds again combined to create a delicate aura. The charmingly played trio was introduced by Nuccio’s marvellous clarinet solo, with the other winds joining in. In the ensuing brief passage on the violins, Muti slowed the tempo smoothly, leading to a gentle cadence and the repeat of the movement’s opening section. The third movement, although marked as a Minuet, is more nearly a scherzo, and Muti treated it as such with a brisk tempo (although it might have been possible to dance a Ländler in the slower-paced trio, which featured excellent playing by principal oboe Liang Wang and principal bassoon Judith LeClair).

In the Presto vivace finale, a tarantella, Muti’s control of dynamics was masterful, as he used deft touches by horns, trumpets and timpani to accent the rapid theme, played on violins, solo oboe, and then (rather nicely) on violas. Some relief from Muti’s blistering pace came as a lovely passage featuring flutes and cellos slowed and then paused just before the opening section was repeated. The flute was also prominent as strings and winds playfully exchanged thematic fragments, slowing and softening momentarily before driving to the movement’s conclusion. 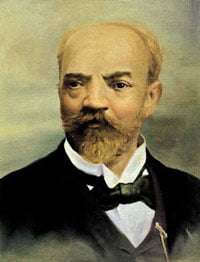 After the interval, Muti led an engaging performance of Dvořák’s Fifth Symphony, also making a strong case for upgrading its place in the standard concert repertoire. The symphony began gently, with fine solos by principal clarinet Stanley Drucker and principal flute Robert Langevin, followed by a forceful tutti passage (that would recur throughout the movement) in which strings, horns and brass produced a rather dense sonic texture. The atmosphere got much lighter, however, as the strings played the dolce second subject with horns soaring gently above. Muti sustained dramatic tension as brief interjections of rustic charm by the solo oboe and flute were repeatedly cut short by ff outbursts and quivering string tremolos, with a descending trombone passage leading to the exposition repeat. As the development section alternated between recurrences of the movement’s initial tutti passage, with horns, trumpets and trombones blaring, and softer passages with strings, clarinet, flute and horns reprising gentler thematic material, Muti never allowed the music to drag or to become dull or ponderous, and he gently guided the coda to a tranquil ending.

In some symphonies, the inner movements are little more than pleasant, lightweight diversions between more substantial outer movements, but Dvořák invested his Fifth Symphony’s Andante and Scherzo with considerable dramatic force without sacrificing their charm. Indeed, whilst evoking contrasting slow (dumka) and fast (furiant) Czech dances, the two linked movements make a coherent whole through use of a common meter (3/8), an alternating pattern of major and minor keys, a skillfully crafted transitional passage between the movements, and related thematic material in their central sections.

The Andante con moto opened with the rich sound of the low strings playing the principal theme, which was soon taken up by the flute with the other winds providing counterpoint. Muti sustained a gentle, pulsing momentum that petered out just before the graceful middle section, which he was careful not to take at too slow a tempo. Then, in a rather dramatic transitional passage, the opening theme of the Andante re-emerged as the calm after a brief storm. The gentle ending of the Andante was echoed in the opening of the third movement, which followed on directly as the composer intended, via an ingenious transition, into the rollicking principal theme of the Allegro scherzando. Drucker’s clarinet was in the forefront here as well as in the trio, which is based on a variation of the theme of the middle section of the Andante. Throughout this movement, Muti emphasised its rustic, folk-music roots. He generated tremendous excitement as the scherzo’s principal theme returned following the trio and recurred repeatedly, propelling the scherzo to its spirited conclusion – a high point of this symphony.

The Allegro molto finale began with the cellos and basses making a fine, resonant sound, and the trombones, led by principal Joseph Alessi, contributing powerfully – but without overwhelming the strings and winds. The lyrical second subject was introduced by violins and throbbing winds and later played dramatically by the horns to initiate the development, only to be pushed aside as the trumpets and low strings played the opening theme. Relief from the frantic and agitated pace of the development came in a plaintive oboe solo and a soft bass-clarinet solo that died away as the violins softly began the recapitulation. Muti was masterfully in control as dynamic and emotional tensions surged for the reprise of the opening theme, then eased when the second subject returned on oboe, flute, strings, and horns, and finally, in the coda, built to a climax, with brilliant trumpet fanfares in counterpoint with the trombones at the joyous finish.

Muti was applauded lustily, not only by the audience but also by the Philharmonic’s musicians, who at one point declined to obey his signal to rise, leaving him standing alone for a few moments to receive the accolade. This two-week instalment in Muti’s long association with the orchestra as a guest conductor – his second visit this season – was evidently a most rewarding one for all concerned.