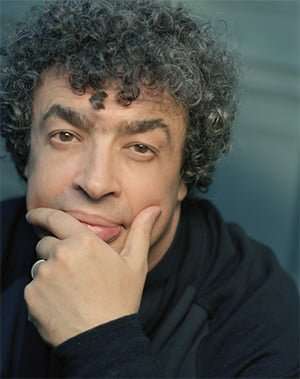 This New York Philharmonic program, conducted by Semyon Bychkov, paired a rather curious combination of Russian works: an ebullient, frothy work for piano and orchestra and a symphonic drama that describes in lurid detail the unsuccessful revolt against the tyranny of Tsar Nicholas II that occurred on the Ninth of January, 1905.

Written in 1934, Rachmaninov’s Rhapsody on a Theme of Paganini is not a piano concerto in the strictest sense, being twenty-four variations on the last of Paganini’s Caprices for violin. Rather than subject the theme to complex or difficult-to-decipher transformations, Rachmaninov decorates it in an impressive variety of ways. Variation VII introduces a second major motif, the ‘Dies Irae’ chant from the medieval Mass for the Dead, which he had used in several previous compositions. Variation XVIII features one of Rachmaninov’s most famous melodies.

Russian-born Kirill Gerstein, now residing in New York, is something of a wunderkind whose brand of pianism exudes youthful energy, forceful intensity and impressive technique. He dove into the opening of the Rhapsody with a will that infected his entire performance. He gave the lively, if softer, strains of the second variation a capricious character, while imbuing the Bachian chorale that followed with dynamic force. 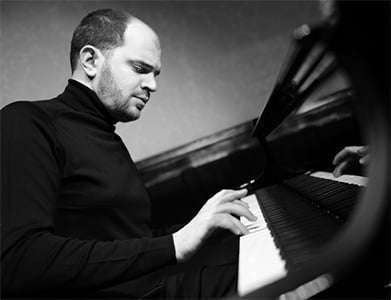 In the ‘Dies Irae’ variation, Gerstein drove the music forward, keeping it from sounding like frivolous camp. He played skittish scalar runs with panache and did not linger over what Rachmaninov called “love episodes” but gave them a lush vibrancy. In the final section, Gerstein’s dexterity and vigor brought the work to fever-pitch. The Philharmonic sounded in fine fettle, and Bychkov kept pace with the soloist’s sometimes zippy pacing.

Shostakovich’s Eleventh Symphony has been the subject of intense critical debate. Many treat it with the same disdain they heap upon film music, finding it over-long, stylistically backward and devoid of sufficiently creative material. Yet many other commentators acknowledge the work’s dramatic import, respecting its valiant effort to depict the events of the bloody Russian revolt. Audiences can easily get caught up in the music’s tone painting, from the disquieting atmosphere of a gray, mist-covered dawn through the terrifyingly brutal description of the revolt itself and the dolorous strains of a requiem for the dead, to the finale’s fist-clenched warning to all tyrants, entitled ‘The Tocsin’. Shostakovich laces the symphony with numerous war-related songs familiar to his countrymen.

Bychkov effectively elucidated the eerie, foreboding atmosphere that begins the Symphony and returns unexpectedly during the second movement where his vigorous treatment of the violence therein was matched by a strong dramatic reading of the finale, although all too often, particularly in the latter, the generally steady pace jerked forward abruptly into an exceedingly fast tempo that segmented the structure. At other times, Bychkov emphasized lyrical elements in brass passages that are clearly intended to convey dramatic force rather than rhapsodic emotion, and this section seemed rather tame until showing its full power during the fff climax of the second movement’s first subject: more incisive attack was needed given accents appear on every note of the brasses’ theme during the movement’s climactic centerpiece. When the onslaught was revived, the tempo was forced to become radically faster. Although enhancing the explosive fury as the revolt reaches its monstrous highpoint, this exceedingly rapid pace undermined clarity and dulled the music’s acuity. Timpani also seemed rather controlled when they should pound the motto figure of the movement with enormous power, especially at the height of this intense drama before the outbreak of unexpected calm leads to a heartbreaking close.

The Adagio, titled ‘In Memoriam’, is in the character of a funeral procession. Bychkov set a moderately slow tempo, yet didn’t quite capture the spirit of the Russian soul so poignantly portrayed here, his pressing the tempo forward undercutting the movement’s dirge-like character. A vivid, invigorating rendition of the finale began with several increases in tempo not prompted by the score, and it was difficult to comprehend why Bychkov tried to infuse a lyrical, flowing quality into the powerful brass statements of defiance. Once again timpani seemed relatively tame, yet the huge outbursts exuded tremendous power, ending with a fist-shaking warning. Keisuke Ikuma’s English horn elegantly intoned the sorrowful ‘Bare Your Heads’, another Russian folksong that served as a moving reminder of those who lost their lives in a desperate attempt to rid the world of tyranny. The three-note motto asserted by the bells at the close was drowned out almost entirely by sustained chords in the orchestra and the incessant triplet rhythms in the percussion that symbolize the forces mobilized against despotism.