Danielpour
Adagietto for String Orchestra
Beethoven
Piano Concerto No.4 in G, Op.58
Dvořák
Symphony No.9 in E minor, Op.95 (From the New World) 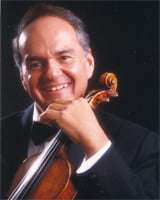 This Carnegie Hall concert culminated ten days of intensive orchestral rehearsals and chamber music sessions at the annual New York String Orchestra Seminar under the direction of Jaime Laredo. The orchestra, chosen through competitive auditions, was comprised of 62 outstanding young music students of ages 15 to 22 from conservatories, colleges and high schools across the United States and Canada. Although the orchestra includes the full range of symphonic instruments, its name has remained unchanged since its founding in 1969 by Alexander Schneider. The first piece on this programme, the New York premiere of Richard Danielpour’s Adagietto for String Orchestra, was thus a sort of throwback to the orchestra’s origins.

The lyrical Adagietto, an arrangement of the last movement of Danielpour’s String Quartet No.5, is a blend of the Romantic and the Modern, neither overly syrupy nor shockingly dissonant. It is very much in the tradition of such mainstream 20th-century American composers as Barber, Copland and Bernstein. Laredo drew a beautiful, well-blended sound and incisive playing from these talented young musicians, who had been together less than a fortnight. The performers were remarkable in their virtually perfect unison playing, accuracy of intonation and maintenance of dynamic balance among the sections. the composer was present to acknowledge the audience’s accolades.

André Watts, a perennial favourite of New York audiences, joined the ensemble – expanded to add woodwinds, brass and timpani – for a performance of Beethoven’s Fourth Piano Concerto. The orchestral sound was outstanding as Watts brought out the nobility of this great work, playing with an enthusiasm that matched the orchestra’s youthful spirit. The result was a performance that could hold its own with those of professional orchestras. Watts’s dazzling technique sparkled in many passages, but he brought appropriate gravitas to the concerto’s deeper moments. In the opening Allegro moderato, the orchestra’s strings were again remarkable, and the numerous wind solos were equally well played. Laredo, Watts and the orchestra collaborated well to keep the music flowing naturally and with appropriate balance as the mood changed back and forth from fiery to softly sighing. Watts and the strings gave a touching account of the contemplative Andante con moto, which led directly into the concluding Rondo. There the tempo lagged slightly at times, and soloist and orchestra got a bit out of sync once or twice, but they generally kept together, sharing the high spirits of the movement right through to the concerto’s delightful conclusion. 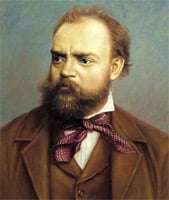 After the interval, the full orchestra gave an exciting performance of Dvořák’s ‘New World’ Symphony. Laredo conducted with great enthusiasm, which his charges seemed to share. Here again, the string sections played at a professional level of ensemble unity, but the individual wind players were more exposed, and not every solo passage measured up to the highest standard, although most did, with the superb cor anglais solo in the Largo deserving special mention.

In the opening movement, Laredo adopted appropriate tempos for its varying moods, and his phrasing was pleasing in both gentle and forceful passages, although the orchestra was generally at its best in making big sounds. Laredo chose not to observe the exposition repeat. The Largo was beautifully played, beginning with the low winds and brass and the gentle string passage that preceded the cor anglais statement of the main theme. Wind solos were excellent throughout the movement, with a melancholic flute and oboe duet and a later country-dance-like interlude for oboe, clarinet and then the entire wind section, providing contrast. There were also fine, albeit brief, solos from the first chair violin, viola and cello players after the cor anglais reprised its famous theme.

In the final two movements the brass players used their many opportunities to shine. Their big sound resonated magnificently, taking full advantage of Carnegie Hall’s superb acoustic. Laredo brought a light, jocular touch to the scherzo, and conveyed the tremendous power of the finale. There, after the gloriously played main theme on the brass, the orchestra handled the movement’s quirky syncopated rhythms well, with individual solos adding colour to the proceedings. The concluding bars were quite thrilling, right down to the subtle softening of the final chord.

As audience members departed after the concert, they were given a code that enabled them to download a recording of the concert from an Internet site at which voluntary contributions to support the New York String Orchestra Seminar were solicited. This is a somewhat different twist on the downloading phenomenon that is beginning to appear in various forms on the world-wide music scene.