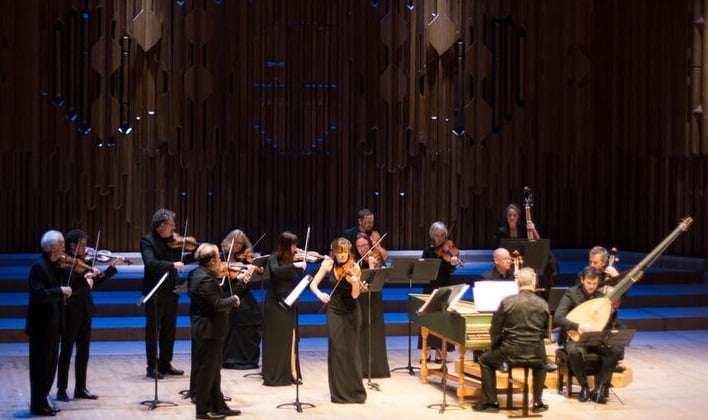 In this belated celebration of Telemann following the 250th-anniversary of his death last year, Nicola Benedetti joined the Academy of Ancient Music to demonstrate the cosmopolitan character of his music through juxtaposition with his most prominent Italian contemporary.

Telemann’s first appearance here was reserved until the end of the first half, with one of his rare Concertos in an Italianate three-movement form, rather than the Germanic four-movement structure he usually favoured. In the descriptive ‘Frogs’ Concerto, he uses the violin in a notably un-virtuosic fashion, by having its first entry imitate a frog with the use of bariolage (the rapid alternation of the same note between fingered and open strings) just as Haydn would employ in his String Quartet Opus 50/6. Despite that, this Concerto is particularly Vivaldian in terms of its defined, melodic ritornellos with suspensions, and a less intricately Germanic harmonic progression. Benedetti subsumed her playing within the overall good humour of the work, ending in the purposeful stride of the Minuet Finale.

Benedetti and Richard Egarr made a robust start to the concert with Vivaldi’s vigorous ‘Il Grosso Mogul’ Concerto (perhaps at least as well known in Bach’s arrangement for organ, BWV594). In the lengthy written-out cadenzas of the outer movements, Benedetti impressed with the crisp and precise attack that brought out the intermittent melodic notes amidst the anchoring harmonic ones, combined with a skittish approach in general. By contrast, the recitative-like Grave middle movement was lyrical and yearning.

Egarr took the spotlight in the only Concerto by Vivaldi that puts the harpsichord forward, although even then that seems to have been an afterthought,as the composer simply noted on the title page (originally for violin and cello) that it could be played on a harpsichord. In the absence of any parts for the instrument, Egarr re-created the solo passages. Although consisting mainly of broken chords and arpeggios, they bubbled decorously over joyous undercurrents.

Preceding the ‘Frogs’ was a little gimmick whereby audience participation was solicited through a questionnaire: the AAM performed the first movement of a Sinfonia in D without identifying the composer to gauge reactions to it. Assuming that Vivaldi would be too obvious an answer, its translucent, honest exuberance suggested one of his Italian contemporaries such as Locatelli or Geminiani. 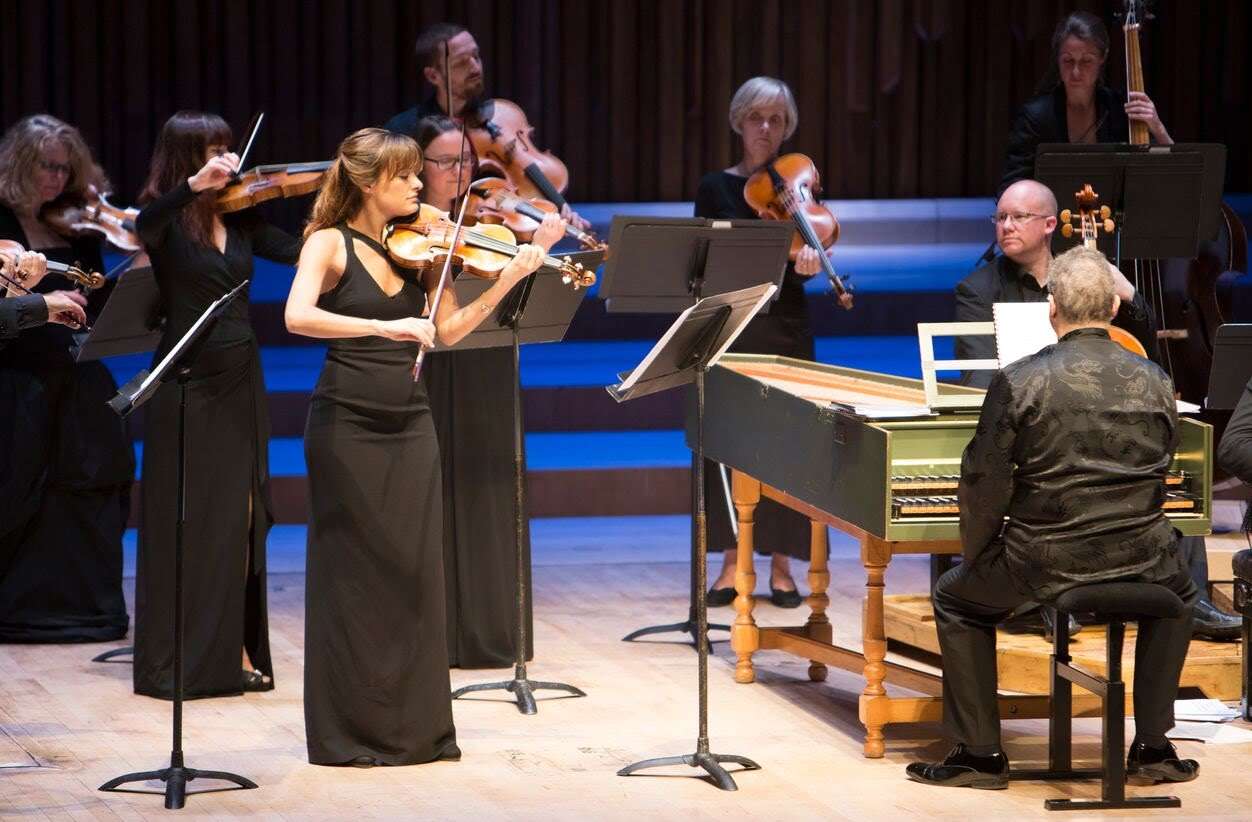 The second half looked to the north of Europe again with Telemann’s ‘Alster’ Overture-Suite, which depicts in nine movements scenes on and around the river Alster that joins the Elbe in Hamburg, where Telemann worked. A pair of horns are musically centre-stage, providing a portentous sense of occasion in the pulsing opening section, and engaging in a plangent dialogue with two oboes for ‘Swan Song’. Most remarkable of all are the chromatic slides evoking the braying of crows alongside more bariolage in the witty ‘Concertising Frogs and Crows’, set amidst some spirited playing from the AAM.

Benedetti was joined by three members of the AAM for one of Telemann’s Concertos for a quartet of violins, its four movements contrasted effectively, the silvery web of the opening Grave’s counterpoint giving way to the vibrant efflorescence of the Allegro’s semiquaver broken chords; and tantalising snatches of sustained melody from Benedetti pitted against the staccato textures of the Largo, before the playful fugato of the Finale.

Benedetti was first among equals, perhaps, for one of Vivaldi’s Concertos con molti strumenti. The horns were more demure than in the Telemann Suite, blending well with the chattering oboes and bassoons, Benedetti’s violin conversing amiably with them. In the minor-key Grave, though, her extended solo might have exuded more passion, although she certainly captured the emotions in the hushed awe of a chaconne-style slow movement from an unspecified Concerto by Vivaldi. The veiled charm of the performance by her and the AAM clinched a winningly varied and imaginative programme.