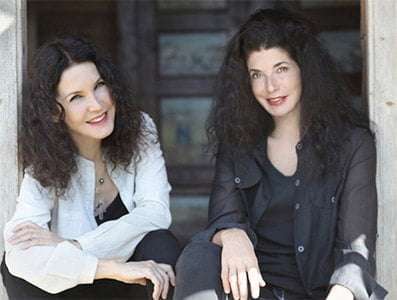 Coinciding with the Southbank Centre’s Imagine Children’s Festival and school half-term, soloists from the Orchestra of the Age of Enlightenment took us on a charming excursion across the Channel for a well-devised programme designed to entertain adults and children alike.

First off was the arrangement of Debussy’s Prélude à l’après-midi d’un faune for eleven instruments, made in 1920 by Benno Sachs for Arnold Schoenberg’s Association for Private Musical Performances. The rescoring includes a part for harmonium which helps to provide a more sustained sonority. However it was barely required by this conductor-less ensemble as the musicians were perfectly able to respond to each other and draw their strands into a seamless whole, evoking the faun’s dreams as they stir in the afternoon heat. One did miss Debussy’s bolder orchestral strokes though.

Katia and Marielle Labèque performed Ravel’s piano-duet version, the original, of Mother Goose, written as an entertainment for the children of two of the composer’s friends. Marielle gave out the initial phrases of the opening ‘Pavane’ with some immediacy, somewhat foursquare, but her sister drew her back into more rarefied world. Thereafter they were unanimous in conjuring from the Bechstein piano a series of nuanced, iridescent textures as though their four hands were controlled by one mind, culminating in the sublime interplay of the low tolling chords and intertwined glissandos at the climax of ‘Le Jardin féerique’. 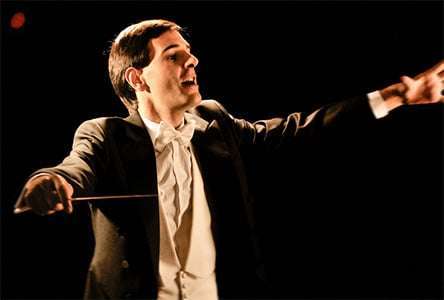 For the only time in the concert, the OAE was directed by conductor Eduardo Portal for Jacques Ibert’s ebullient Divertissement (1931) – inspired by French musical theatre. This performance was marked by a vivacious, steely approach and an unfailing sense of humour in the extrovert music, though the sullen tone of the ‘Nocturne’ seemed far from ironic. After the quotation of Mendelssohn’s ‘Wedding March’ in the ‘Cortège’, the subsequent mock gravity was itself sent up by the muted brass, whilst the satire of the ‘Valse’ became more amusingly boozy and wayward. The OAE’s sense of fun was infectious and there were further high jinks in the ‘Parade’ where Ibert’s notated whistle gave the cue for a policeman to chase a ne’er-do-well.

Unfortunately Ravel’s Introduction and Allegro (1905) was fatally undermined by the caterwauling of an apparently mentally-disturbed member of the audience. This can hardly have been a comment upon the refined and elusive nature of the music itself. Indeed, as is often said of Fauré’s compositions, this Ravel work seems to reach into the depths of the subconscious – perhaps it was that which proved unsettling. Remarkably the musicians did not flinch at all, but the rendition had to be curtailed while the incapacitated person was escorted from the Hall, and it was picked up again from the harp’s cadenza, rather than reprised from the beginning. In both halves the performance retained ideal composure and displayed a subtle variety of timbres and dynamics, the music’s more agitated sections merely disrupting the surface like a droplet of water on a smooth pool.

As a final treat, Samuel West appeared as the compere, reciting Ogden Nash’s brilliantly witty verses introducing each section of Saint-Saëns’s The Carnival of the Animals (1886) – a performance which he delivered attired in a leopard-print suit and with a wry deadpan American accent. Again, the close interaction among the instrumentalists made for a commendable vitality in performance, spurred on by the Labèques’ energetic guidance from the pianos. Antony Pay on clarinet also offered some comedy, by strutting to the centre of the stage to make a despondent cockerel call amongst the hens. Subsequently his cuckoo, as in nature itself, was heard off-stage and unseen, and he reappeared to look on disapprovingly at the Pianists’ scales which the Labèques amusingly allowed to become out of kilter with each other. They gave the Lion a fearsome roar at the opening, the rhythm of the Kangaroos’ leaping was teasingly unpredictable, and the Wild Asses’ wide-ranging scales were fast and furious. Double-bassist Chi-chi Nwanoku’s laboured performance of the Elephant was presumably deliberate, while cellist Luise Buchberger’s Swan was unaffected and not taken too seriously. It was a shame that there were not very many children in the audience, but those present will very likely have been amused; it certainly delighted the inner child of this grown up.