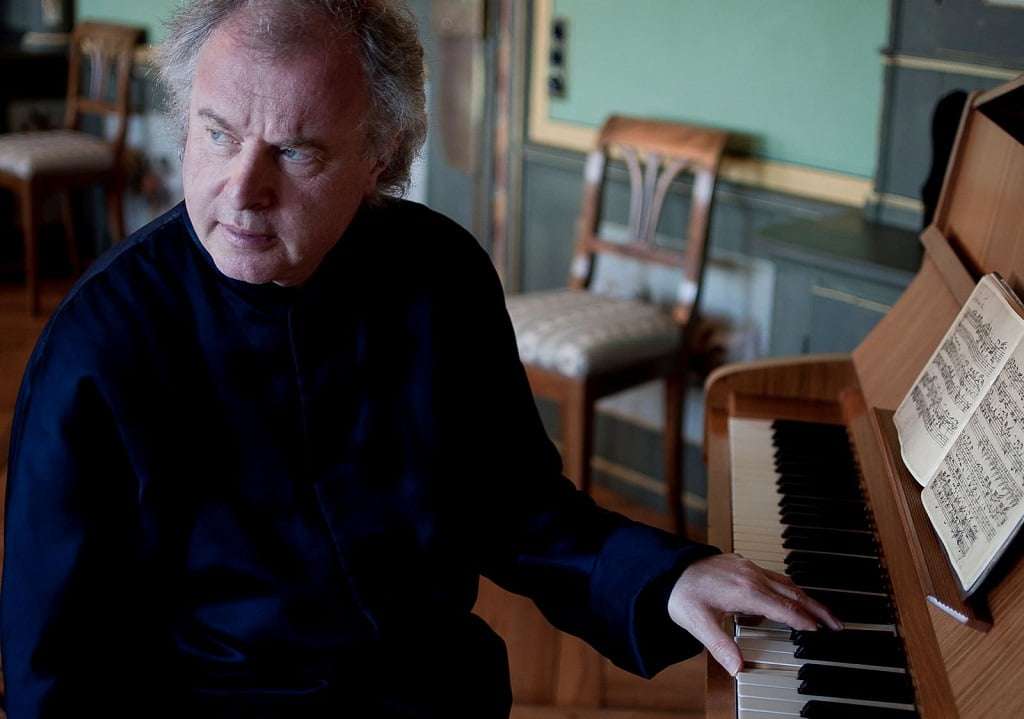 Apart from single works such as The Creation, Haydn concerts with orchestra are surprisingly rare. The chamber music fares slightly better, but the keyboard music is still on the specialist end of the spectrum. András Schiff, newly appointed as a Principal Artist with the Orchestra of the Age of Enlightenment, continues to be a tireless promoter of the Sonatas. Haydn’s irresistible, slightly maverick sophistication is hardwired into his musical psyche – Schiff well knows the music’s capacity to beguile, amuse and move.

Even though listeners have long got used to the surprise of the ‘Surprise’ Symphony, the moment itself almost never fails to give a jolt of boldness. Typically, Haydn’s penchant for the unexpected came over strongly from the start – the slightly smug slow lead-in to the first movement elbowed briskly aside by a particularly vertiginous Vivace, with Schiff imposing just enough detonation to downbeats to keep rhythm and momentum rippling ahead and suggesting phrasing with minimum fuss. Perhaps I am predisposed, but the OAE – with a fair sprinkling of young players – always seems at its most relaxed, alert and generally on-song in Haydn, the ensemble more a supercharged repartee, and to this natural ease the musicians added bags of well-schooled personality with swagger, elegance and manners (rather than the mannerisms that have a voice in much early Classical repertoire). In the slow movement, after the big bang, the OAE went out of its way to give the proliferating fantasy its head in playing of absorbing beauty.

Schiff handed over the nitty-gritty of directing to the OAE’s leader Kati Debretzeni for a bracing performance of Haydn’s most enduring keyboard Concerto for which he played a beautifully voiced copy of a 1790 Anton Walter fortepiano, adding his familiar rhythmic verve and flexibility coupled to an almost garrulous relationship with the orchestra. It was all immensely pleasurable. The fortepiano had a rather coquettish high register, and its generally light tone and attack was enhanced by the OAE’s keen awareness of the music’s scale. Schiff raided the ‘Surprise’ Symphony for his cadenza, and both he and the orchestra brought a fully armed, cartoonish brightness to the ‘Rondo all’Ungarese’, which went so well they repeated it, a little faster. This Concerto may not be in the same league as those Mozart was writing at the time (1784), but Schiff and the OAE guaranteed its distinctive strut, tenderness and blooming humour.

The Harmoniemesse (Wind-band Mass), written in 1802, was one Haydn’s last big works, and it is hard not to get absorbed into its nobility and impressed by its liturgical (rather than concert) sense of drama. All the big moments – the “Et incarnates” section of the ‘Credo’ and the “Benedictus” part of the ‘Sanctus’ – are treated with direct and devout imagination. It also strongly anticipates Beethoven at his most visionary in his Missa solemnis some twenty years later. Schiff and his forces conveyed all of this in an account of great breadth and authority. The only misgiving I had was that the choir of sixteen (not The Sixteen) was just short of being large enough to make the most of the contrasts with the orchestra and the impressive quartet of vocal soloists, but for colour, responsiveness and attack, the OAE takes some beating.