Delius
A Song of Summer
Bridge
The Sea
Sibelius
Symphony No.6 in D-minor, Op.104 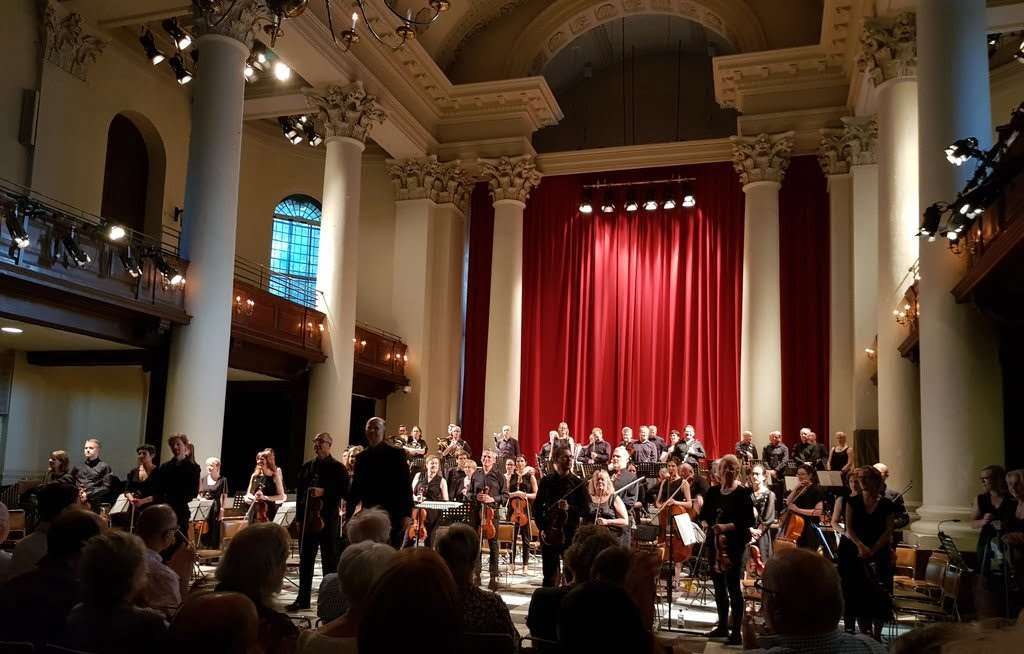 The Kensington Symphony Orchestra blew hot and cold in this its final concert of the 17-18 season: hot in Delius contrasted by the “cold water” (the composer’s description) of Sibelius’s Sixth Symphony, and in between a variety of moods from Frank Bridge’s impressions of The Sea, Russell Keable in complete musical control, such is the typicality of the KSO’s enterprising programmes.

Rewarding, too, for these works give a cross-section of the music being written between 1910 and 1930, all here requiring a harp, if by coincidence, and if very different in expressive terms. We started with the most-recent piece, Delius’s A Song of Summer, which grew from an abandoned work called A Poem of Life and Love (1918), the composer’s amanuensis Eric Fenby now in attendance to steer the restricted composer through. Keable caught well the music’s languor and sultriness, there was no doubting the season being musically evoked, yet the quieter passages were too loud, and while the piece evinces a sense of purpose that not all Delius’s scores seem to, when the climax was reached, the lack of previous pianissimos was found to have stolen its thunder.

Henry Wood conducted the premiere of the Delius during the 1931 Proms season, and it will come as no surprise to learn that he also led the first outing for The Sea, in 1912. Whether a Suite or a Symphonic Poem (it has been called both), Bridge’s relatively early score (written in the wake of Debussy’s La mer, and both have an Eastbourne connection) is full of colour and painterly invention, and has the listener enthralled from the opening expansive melody of ‘Seascape’, music that returns at the end of the work, if somewhat tacked-on as if Bridge too consciously wants to remind us of his glorious theme, the ‘Storm’ now passed, and in which the KSO’s loudness was this time justified. The middle movements – ‘Sea-Foam’ (a Scherzo) and ‘Moonlight’ (slow) – are perhaps the most inventive and proto-Peter Grimes (Benjamin Britten studied with Bridge), and in the latter piece Bethan Semmens’s contribution on harp was magical.

Bridge might be criticised for a lack of development (although he would compose quite adventurous music later, such as Enter Spring, Oration, and Phantasm), but there is no such structural doubt with the great Sibelius, in this instance his four-movement Sixth Symphony, a compact and rigorous, pared-down, yet elusive masterpiece. Thankfully Keable kept the violins antiphonal, so important for the Palestrina-like polyphony of the opening. This was an impeccable performance, Keable bringing out the music’s quirks rather than consolidating its smoothness; indeed it was clear that Tapiola wasn’t far away. The Finale was vivid and vigorous before the Symphony reached its inward close.

The KSO returns to St John’s on October 15 with a powerhouse collection, music by Joan Tower, John Adams, Leonard Bernstein and William Schuman.