Britten>
On This Island, Op.11
A Charm of Lullabies, Op.41
Seven Sonnets of Michelangelo, Op.22 [sung in Italian]
Songs and Proverbs of William Blake, Op.74

As the four voice-types deepened, so did the atmosphere of the Wigmore Hall’s season-opening recital – four of Benjamin Britten’s song-cycles, culminating in the dark seriousness of the William Blake settings. Britten wrote each cycle with specific singers in mind, and they rely on a sequence of mood and contrast rather than narrative, something that the performers here and James Baillieu registered strongly. 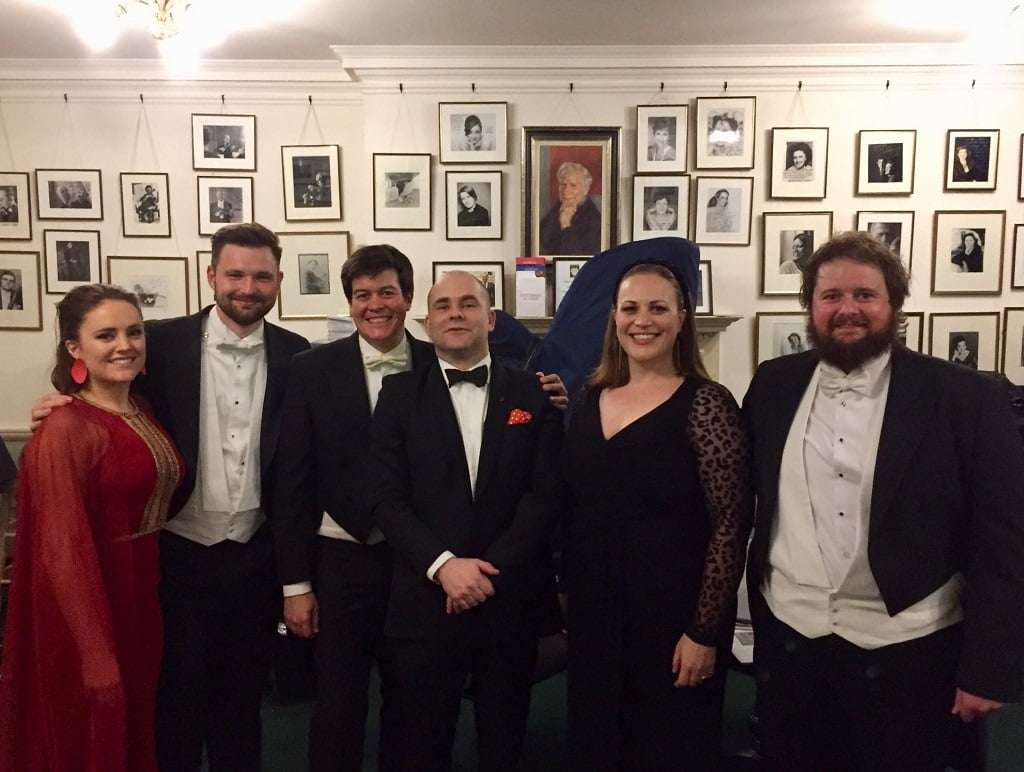 With On this Island (W. H. Auden), Louise Alder seized the moment, taking regal charge of the Baroque-pastiche flourish at the start of ‘Let the florid music praise’, with trumpeting penetration and attention-grabbing coloratura, a glinting power-surge from the young Britten – he was twenty-four – on peak prodigy form. Alder’s eloquent retreat in the song’s second verse assumed a veiled quality that would have suited the unsettling imagery of Nocturne better than her surprisingly assertive approach, while the disembodied, light pressure she applied to ‘Now the leaves are falling fast’ was spot-on for its menace and mystery.

Ten years later, Britten wrote A Charm of Lullabies in the wake of The Rape of Lucretia, and Jennifer Johnston (a replacement for Christine Rice) was a good fit for the perils, exasperations and pleasures of rearing children. Johnston’s complex lower register floats out on an equally refined and beautifully deployed vibrato, and, thankfully, she animated the set, especially the fractious ‘Sephestia’s Lullaby’, without resorting to any cute histrionics, which can imply a surfeit of delight and lack of confidence in the cycle.

The Songs and Proverbs of William Blake took the programme near to the pared-down style of Death in Venice, minimal gesture with maximum impact, with the freedom of, say, Curlew River but without the mannerisms. James Newby (in the stead of Christopher Maltman), spared nothing in his realising Blake’s visionary fury, gloom and disillusionment, an account that honoured the strange logic and flow of the settings as a whole. Newby slightly coloured his voice for the bits of dialogue in ‘The Chimney Sweeper’, let it thicken in weight and timbre in ‘A Poison Tree’, then yielding hints of warmth in the closing ‘Every Night and every Morn’ that steered close to Shostakovich’s brand of exhausted tenderness, while the use of his sweet-spot head voice is completely disarming.

It was an outstanding performance, made all the more so by James Baillieu, distinguished throughout the evening. People still recall Britten’s facility for talking through his piano-playing, and there is a similar unforced directness to Baillieu, whether in the virtuosity of On this Island or the recessive, fractured commentaries of the Blake settings. You can judge for yourself on the live stream currently available on Wigmore Hall’s website.