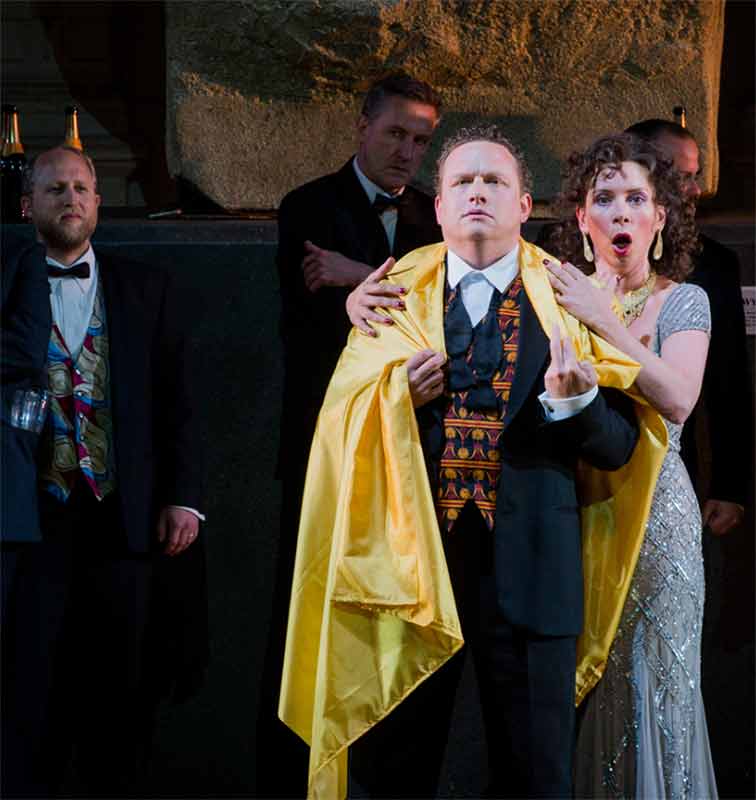 Opera Holland Park’s first staging of Aida doesn’t get off to a good start – for we have the now-trendy if irritating ‘something happening’ before a note of music is sounded, here some noisy revellers upsetting the calm and dignity of what seems to be a museum setting. We are in the Ancient Egyptian section, indicated by the indigenous artefacts. At least the City of London Sinfonia is on hand to give us the fragile beauty of the Act One Prelude, sensitively played – although even this has to have the visuals of poor old Aida, the Ethiopian princess now held in the Egyptians’ stronghold, being seen as a skivvy. The countries are at war. She has fallen for Radamès, the enemy, he has reciprocated, which leaves his betrothed, Amneris, from the Egyptian camp, in a duplicitous position with Aida. Radamès is upgraded to a senior position in the army, he leads victory, and among the captured prisoners is Aida’s father, Amonasro.

Production-wise, things are a mishmash, costumes range from prehistoric to business-modern (everyday), and there seems to be no attempt to focus; maybe the idea is that this is an eternal plot. Least good visually is the ‘Triumphal March’ section of Act Two, during which the Movement is writhing bodies and cocaine-snorting – seen it all before! The latter two Acts fare better – those artefacts are now in a state of disrepair – for there is less that is gratuitous, and the red lighting for Radamès’s trail and verdict (he has betrayed State Secrets) is compelling, although as he is immediately stoned (in the biblical sense) and speared, it is a wonder he remains alive, let alone can sing! 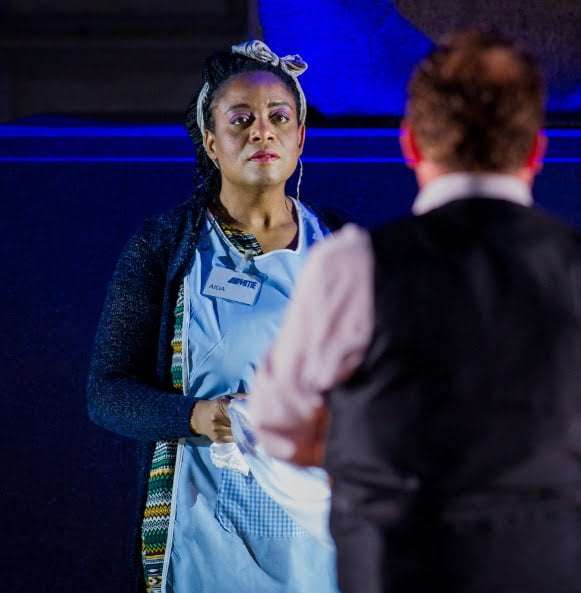 And the singing is much the better part of the evening. Peter Auty, as Radamès, has the unenviable task of tackling ‘Celeste Aida’ so early on (a cruelty on Verdi’s part), which he manages well, although the final high note was not nearly quiet enough. In the title role Gweneth-Ann Jeffers took a while to settle, and although her vocal resources were a little strained at times, she certainly invests sentiment into the character, not least in relation to her feelings for Radamès, but she never quite escapes being outshone by Heather Shipp as Amneris, whose vocal and dramatic presence is a standout, so to the Amonasro of Jonathan Veira, his war-mongering and exhorting his daughter to follow suit knows no bounds.

For the most part Manlio Benzi has the measure of the music, instilling emotional urgency and intensity, although things can be crude at times, but there is also much that is subtle, and there is some fine playing, solos from flute, oboe and bass clarinet, for example, and not forgetting some quite superb contributions on timpani from Tristan Fry. But just like the production is at its weakest in the ‘Triumphal March’, so too Benzi leads a limp yet bloated version of it that sank the spirits. In terms of a concert, there is a lusty choral contribution. 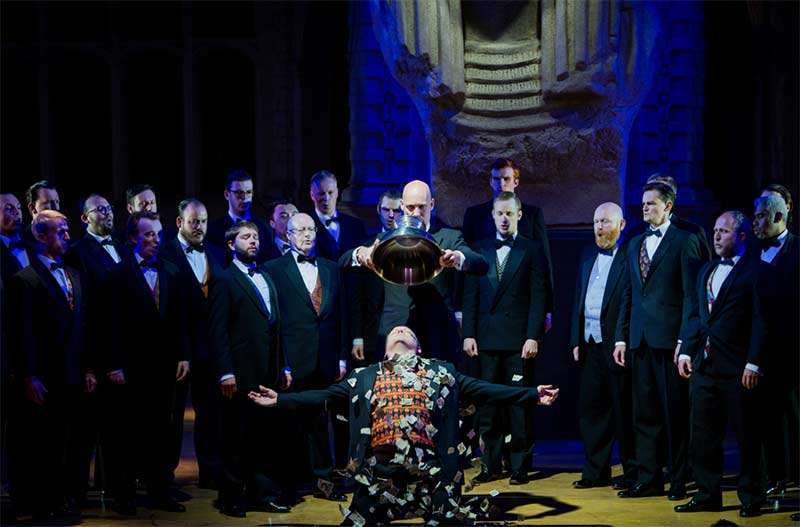 By the time we reach the Opera’s conclusion, Aida and Radamès are in a dungeon waiting to die “in each other’s arms” (she has crawled in to be with him for one last time). Well, they don’t manage a final union, for although the characters are required to crawl toward each other – ungainly positions that may account for the tired singing on offer by this point – they fail to meet. Maybe that too is intended as symbolic, but it certainly mirrors a flawed production (some magical moments, numerous token ones, even a mobile phone and a self-portrait by Van Gogh!) that fails to tally or illuminate the starting point, Verdi’s great opera. Still, Aida slated is a very rare blip from Opera Holland Park and the keenly anticipated Lakmé (from July 9) and L’amore dei tre Re (opening July 22) are still to come.