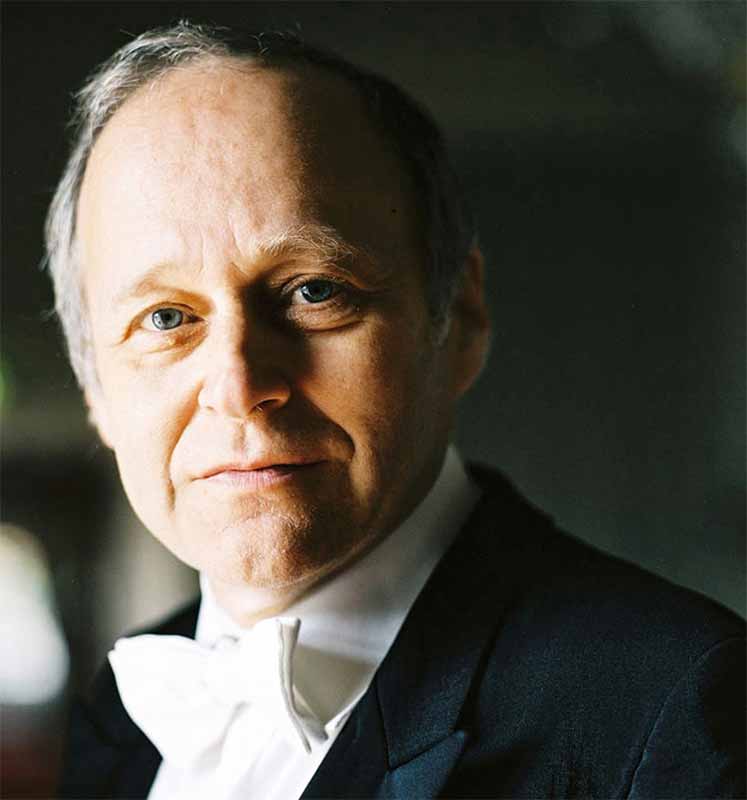 A few days ago the Orchestra of the Age of Enlightenment and Ádám Fischer returned Dvořák’s ‘New World’ Symphony to its place of birth, New York City if not Carnegie Hall itself. My colleague Fred Kirshnit was less than impressed. Returning to London (but only after a Night Shift session at the Littlefield Club in Brooklyn), the OAE continued its American adventure, and – allowing for a different night and venue, and a change of reviewer – this account seems to have been the “stronger” one that was hoped for by Mr Kirshnit.

For the third time of asking (Basingstoke on the 26th, New York two days later) the OAE and Fischer gave a fresh-faced and illuminating account of this much-played piece. As ever with this ensemble, balances fell intrinsically into place, and blend and texture were gratifying and revealing. Fischer, with a conducting style all of his own – with baton, without it, veering between angular and expansive gestures, and always keen and energetic – galvanised a responsive OAE into a persuasive performance that really lit up and clarified this music. Boldness, flexibility, dynamic finesse and burrowing beneath the notes were the hallmarks, the first movement (exposition convincingly observed, not always the case) cohesive but also yielding, and then a Largo (advertising Hovis with a boy, a bike and a hill, to us Brits) that was simply and effectively phrased by Gonzalo Ruiz on cor anglais (otherwise he was the first oboist). If some changes of tempo were a little abrupt, disturbing the rapt mood, then the solo strings at the close were wonderfully dulcet. The Scherzo was measured to advantage – an extended Slavonic Dance – the Trio lilting delightfully, the woodwinds billing and cooing. As for the finale, it was very much ‘hoist the sails’ and, by contrast, Antony Pay found much pathos in the lyrical clarinet solo. (I suppose I have to mention the idiot that might have scuppered the performance; he forced his way into the Hall, leapt on to the platform, did a jig, his mobile in Cecil B. DeMille mode, and was finally led off by backroom staff. Fischer and the OAE were unfazed and carried on regardless.) 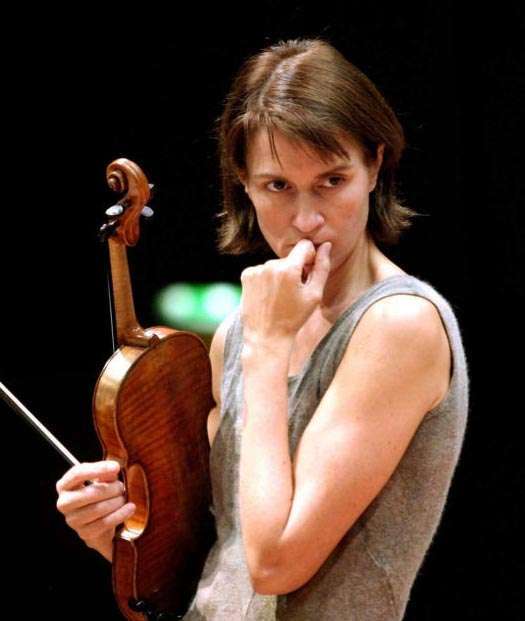 Among the many positive feelings this account prompted was a sense of hearing the music for the first time, awash with new colours and, because of the character of the OAE’s back-catalogue armoury (sometimes a little intransigent), really being aware of not only the composer’s superb orchestration but how economic he is with such as piccolo and tuba (their timbres really made a mark) and so literally singular with cymbals. (I wouldn’t have minded a sixth double bass though.). Also that being in America certainly fed Dvořák’s creativity, but that in this Symphony he was essentially homesick and bindingly true to his roots – for here the ‘New World’ Symphony has rarely sounded so yearning and, what’s more, so Bohemian – and on this occasion some of the OAE’s instruments were Bohemian too – Dvořák was truly ‘Goin’ Home’.

And now, in reverse order, Brahms’s Violin Concerto, one of Viktoria Mullova’s signature works. She played from the score, now her norm for everything, but we know it’s one of her big pieces and it has been for many years. Her facial expression and body language may give little away, but one’s ears testify to her fiery, eloquent and technically poised way with the solo part. She was led into it with an orchestral introduction that was warm, husky and full of promise. The first movement was vibrant and naturally expressed, nothing exaggerated, Mullova’s intonation unsparingly exact (a few streaky moments aside), the cadenza – the ‘usual’ one by Joachim – was about freedom of expression while being true to the movement as a whole. The Adagio was more an Andante, and I have no doubt that Ruiz would have liked more time to shape the oboe’s lead-off; he sounded harried. Except for Mullova’s charisma this brisk and brusque manner might have sunk the (here restless) music before it came to a calm conclusion (maybe that was the point), yet the Hungarian finale was interestingly stately; no need to rush, no need to show off, and horn and timpani details were to the fore. Mullova may have given a Bach encore in New York, but there was nothing extra for London.

Opening the concert was the Overture to Smetana’s The Bartered Bride. Not everybody in the OAE was able to keep up the speed that Fischer set, and although it was exhilarating, expressive and even rhythmic possibilities were glossed over in the rush, full of incident to be sure, and not without instances of affection. Anyone who has seen film of Václav Neumann (Chief Conductor of the Czech Philharmonic from 1968 to 1989) rehearse this entrée, with the Stuttgart Radio Symphony Orchestra, will know that he informs the musicians that the Prague National Theatre’s archival records have Smetana himself timed as conducting the Overture in seven minutes. Neumann then says the norm nowadays is a flash-by six. Fischer took that very six and in doing so folksiness and humour counted for little. Still, it was but the beginning and the ‘New World’ really made the evening and will cast a long shadow of revelation over future performances.