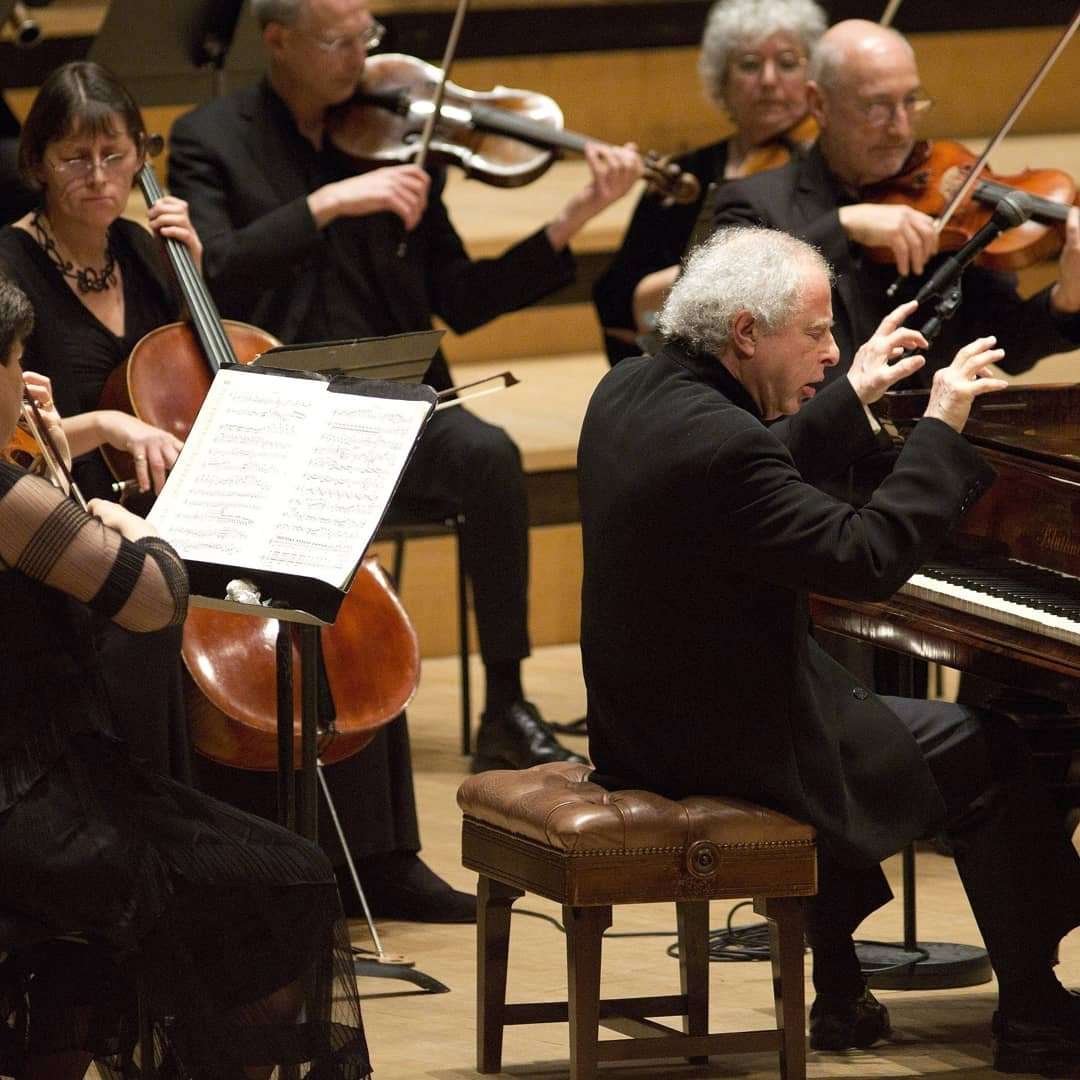 Schumann and Brahms, the spiritual father-and-son giants of German symphonic classico-romanticism – the stuff of a Sunday roast. Pursuing its current season’s theme of “Life, Liberty and the Pursuit of Happiness” (American Declaration of Independence), the Orchestra of the Age of Enlightenment treated us to an assortment of valved and natural horns, natural trumpets, old timpani and gut strings, eighteen antiphonal violins (10.8 plus an extra second, participating in the Ann and Peter Law OAE Experience Scheme), and four double basses ranked high at the back of the platform.

Resisting routine, with an urgency to make music afresh, the OAE, founded in 1986, has always had the capacity to thrill and excite. But these days there is plenty of competition. There are many ensembles, in Europe especially, that have a bite, attack and momentum bringing a different order of vibrancy and personality, different emotional and textural tensions, to core repertory. Springing randomly to mind are Kammerorchester Basel (its Haydn 2032 series under Giovanni Antonini is required listening); and Spira mirabilis, a conductor-less “musical laboratory” led by everyone but more particularly the violinist Lorenza Borrani, a remarkable force of nature.

One of Spira mirabilis’s early projects, in Formigine in October 2010, was six days spent on Schumann’s First Symphony, leading to an all-consuming, videoed performance. These aspiring players found a fire, released brilliance, and powered an individuality yet unanimity of ensemble that, more than occasionally, came to haunt watching András Schiff doubling as pianist and conductor. He found some stature, if not much gravitas, in the ‘Rhenish’ Symphony, at best in the intimacies of the third movement but too content to do no more than wave through those ‘cathedral’ places calling otherwise for greater input. As in his far less convincing account of Schumann Four (the 1851 revision), his softness of pulse and wavering of tempo created uneasiness – if I sought after the directional strength and architecture the old-timers used to bring to these pages, it was apparent pretty soon that I wasn’t going to get it. Point-making and ‘characterisation’ notwithstanding, the tempo fluidity and hold-backs of the Fourth bore little relationship to the written text. Suggesting a need for more rehearsal, not all Schiff’s ideas communicated to the OAE, resulting in some untidy joins and loose/false entries. The plodding burghers of the Scherzo were men wanting in imagination. 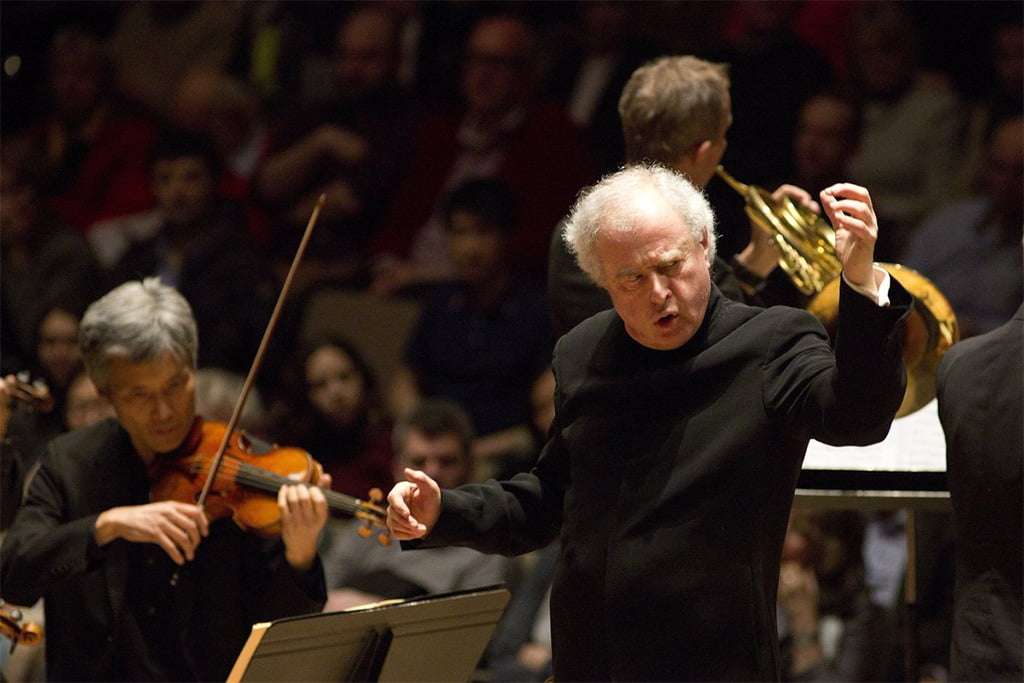 The late Konzertstück for four valve horns – a disconcerting reading about which the least said the better, not helped by the four soloists, placed front of stage, having little or no eye contact with Schiff – compounded the disquietening feeling of Schumann as a rather inept composer for and about whom Schiff for once didn’t appear to have much affection or understanding. The OAE did its best to follow, but with safety rather than abandon uppermost. (Safety, too, in the programme book, remarkably not a mention of key or harmony anywhere.)

With the two Brahms Concertos, Schiff was conceivably on firmer ground. Playing a small-hammered, straight-strung Leipzig Blüthner from the early 1860s, Handel Variations vintage – a handsomely veneered creature which, however, descended out of tune early, unable to withstand the onslaught – he gave us a decent enough percentage of notes. But in a hard, emotionally distanced way, short-winded in phrasing and more to do with monochrome images than any attempt to explore such colours as the unequalised bass, mid and treble registers of the instrument had to offer. Disinclined to ‘speak’, the mellow, caressing warmth to come from turn-of-the-century aliqout Blüthners was plainly absent.

Whether or not one should both play and conduct these works is a moot point. Introducing the Second, Schiff stressed that it was good to “make music without police”, and that “music is not about safety”. This said, without a policeman on the rostrum, he didn’t have an easy ride, inclined in the First to over-conduct, in the Second to stand up in the tuttis following rather than leading the band. Most of his attention was directed towards the first violins, cellos and woodwind, the seconds and violas left to their own devices. Intonation and ensemble issues were never far away, and the promise of the drums at the start of the First was never quite followed through – the sound produced generally being on the flaccid, under-charged side. Every now and again I wondered just how familiar the OAE was with the score? With a somewhat arid Adagio, and a Finale alternately bullish and anaemic (fugato), the First ended up short on adrenalin, rarely making the summit. 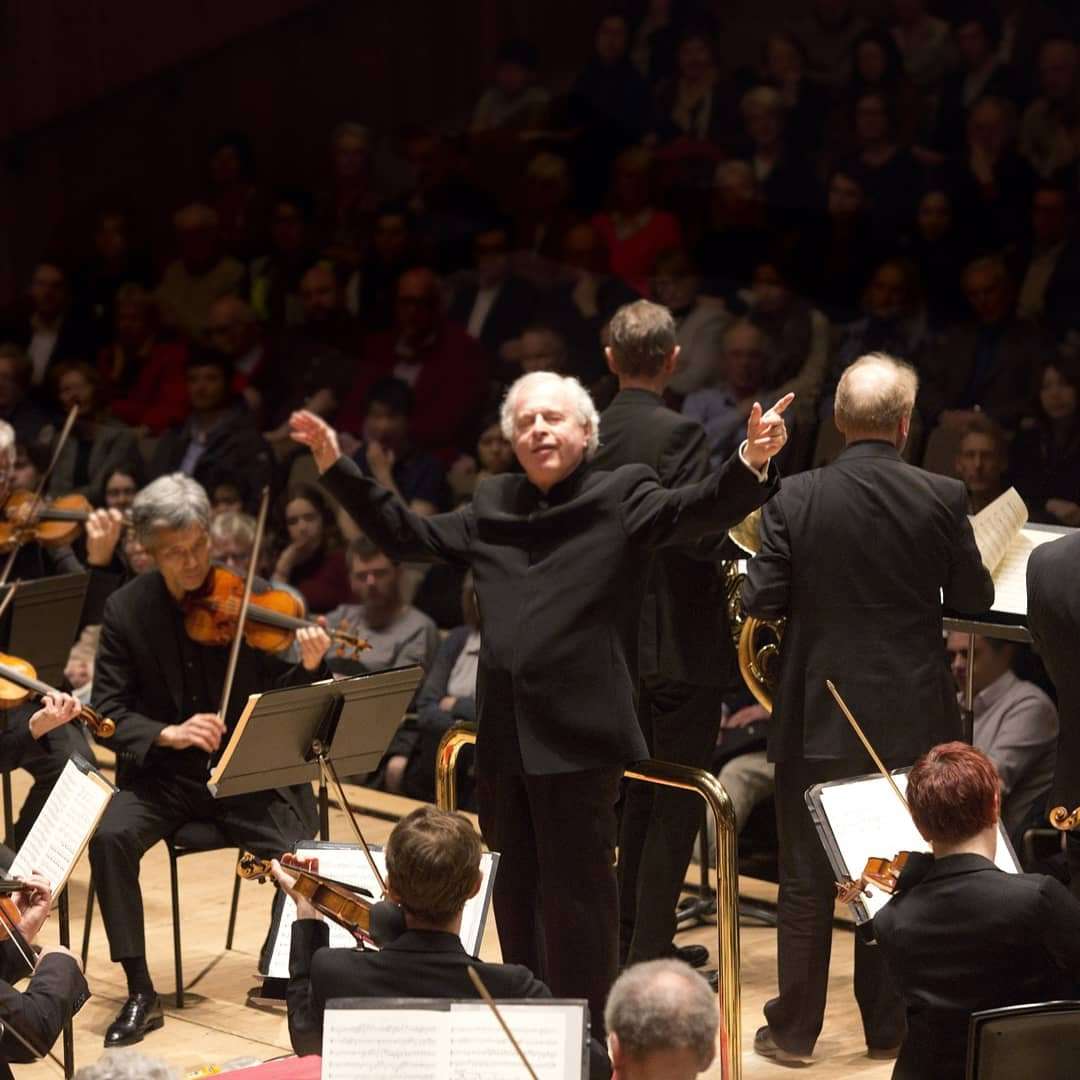 In the Second, Schiff, avuncular in mood, microphone in hand, argued that the third and fourth movements were respectively Andante and Allegretto, in other words not too slow, not too fast. Following a relatively strong first movement (interesting to hear a natural horn carry the opening) but a less incisive Scherzo (the pianissimo double-octaves of the Trio slowed right down, filmic wraith-like), the slow movement began briskly (more 6/8 than 6/4, exceeding crotchet 84), only to revert to its more customary tempo on the reprise of the cello solo at Letter D, a state of play that initially obstructed Luise Buchberger from allowing herself to blossom as beautifully as we know she can, Schiff urging matters on, she wanting to yield. When Brahms later adapted this melody into a song (Opus 105/2, from 6/4 into 2/2) he took care to mark Langsam und leise – slow and soft – a proviso worth remembering. The Finale, not without sectionalisation or effort, even eccentricity, was a touch airless, accentuated by the RFH’s acoustic canopy being lowered. Schiff’s Second endured better than the First – but, sleeping on it, I needed to remind myself of Fischer/Furtwängler and Gilels/Jochum: electricity, grand structure, orchestral finery, pianistic depth…