Orchestra of the Age of Enlightenment
Alison Bury (violin) 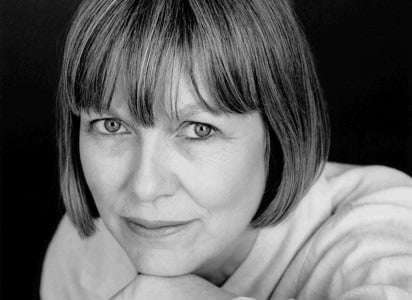 This second concert in the OAE’s “Gamechangers” series turned the spotlight on Arcangelo Corelli (1653-1713). The composer-violinist, despite his innovations in the fields of the Sonata and the Concerto, was something of a modest introvert, so there was a nice sense of justice in his elevation here. The first half was a well-planned presentation approaching Corelli by way of his contemporaries, Handel and Muffat, and from a contemporary composer of ours, Clare Connors. All performers save those on lower strings and the harpsichord stood to play, and under Alison Bury’s leadership there was a feeling of unanimity among the players.

A bright Handelian fugue began the evening, the notes of the Overture to Il Trionfo del Tempo e del Disinganno jumping from the page. Their progress was thwarted only by the composer himself, pulling the tempo back towards the end for a moving oboe recitative that found its ideal exponent in Katharina Spreckelsen. Georg Muffat’s extended Passacaglia followed; the finale of Concerto V from Armonico Tributo. The warm sound was enhanced by the mellow tone of the chamber organ, tastefully played by Robert Howarth. The amiable theme recurred at intervals throughout this substantial excerpt, the harmonies of each variation stated twice, second-time-around the concertino section of Alison Bury, second-violin leader Rodolfo Richter and cellist Andrew Skidmore offered bright, improvisatory melodies. After a while the harmonic progressions became hypnotic, but the persuasive dance rhythms ensured that keen interest was kept.

It was a shame not to learn more about Clare Connors (born 1963) from the programme, and not until reading the Evening Standard on the train home did your reviewer find out more about her and Corelli Leaves. Connors, a violinist, spent ten years with the Balanescu Quartet, and has led the Michael Nyman and Gavin Bryars ensembles. As an arranger she has collaborated with Kate Bush, David Byrne and The Beach Boys, but Corelli Leaves is her first piece for a ‘classical’ performing group, an attractive piece for strings lasting around 11 minutes, with a Celtic flavour discernible. After the whispered beginning, creating the image of autumn leaves fluttering in the wind, the music becomes more rigid and mechanical, introducing ideas for a short passacaglia, and gradually expanding on initial thoughts. Unfortunately, just as the work grew in intensity while developing some promising, John Adams-like motifs into music of impressive substance, it stopped! Thus the potential of Connors’s score was not quite realized but made good use of the OAE’s lean tone and gut strings and their potential for harmonics.

After this we got to Corelli himself; a performance of his most familiar work, the ‘Christmas Concerto’ (‘Fatto per la notte di Natale’ – Made for the night of Christmas). The music danced persuasively, and Bury and her ‘concertino’ particularly enjoyed the composer’s freely dissonant style. The fast movements were brisk and well defined, the first ‘Grave’ deeply profound and the final Allegro greatly enjoyed the shift into the major key. Near the radiant close, the music calmed, a true source of the term ‘pastoral’, and was further enhanced by pronounced pauses.

The Sinfonia to Santa Beatrice d’Este began the second half in a rather stern mood, led by Bury’s understated but effective communication. The three quick movements were fluently played, the last alternating between heavy and light. Incidentally the orchestra at the first performance in 1707 was 80 strong, prompting the thought that it would be wonderful to hear this music on those dimensions, insensitive as it might sound! Handel was greatly influenced by Corelli, and it is speculated that he even marked his 12 Concerti grossi of 1714 to be published as Opus 6 out of respect for the Italian composer’s set. The Fourth is a highly attractive work, with gentle but songful slower movements that were generally warm-hearted in this performance, save for the odd dissonance, and with a lovely coarse timbre given to the two Allegros. The players enjoyed passing around the six-note motif of the finale.

Corelli the ‘gamechanger’ was once again revealed in the guise of a Trio Sonata, the last of a set of twelve published as Opus 3 in 1689. This is a sonata da chiesa for two violins, cello and harpsichord, though that term was not explained in the programme (Church Sonata), and featured a lovely duet between two violins in thirds during its second movement. Skidmore’s cello provided heroic support here, confidently negotiating the demanding semiquavers, before the roles were reversed. The piece ends with three consecutive short Allegros, the pick being the last, an attractive fugue in gigue form.

Finally we heard Corelli through the work of his pupil, Francesco Geminiani. ‘La folia’, after Corelli’s Sonata Opus 5/12, has fascinated composers from Marais all the way through to Rachmaninov, whose Corelli Variations take the subject as its theme. Here it was played with totally convincing virtuosity, particularly in the more athletic sections, where the string crossing was immaculate. It capped a highly enjoyable profile of Corelli whose time in the spotlight was well-earned.