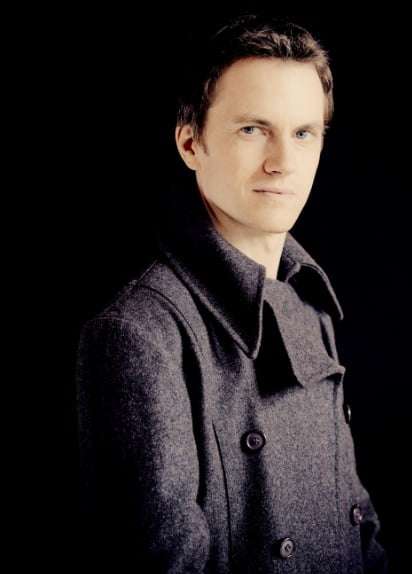 Johann Sebastian Bach’s Goldberg Variations famously vary the ground bass of its opening ‘Aria’, rather than its melody, and with that in mind, Alexandre Tharaud tended to emphasise strongly the lower part of the textures in the music. That took a variety of characters, such as the staccato quavers of Variation II, the vigorous assertion of the roaming bass lines of III, VIII, XIV, and XXIV, or a murmuring ripple at the bottom of VI, XI, and XVII. Sometimes that worked well and made good structural sense. But on other occasions Tharaud’s heavy pedalling obscured the grain of the music – further exacerbated by the resonant acoustic of Merton College’s long and lofty chapel – such that other Variations sounded like a tumble of notes where Bach’s intricate counterpoint requires crystalline clarity.

Evidently it was otherwise Tharaud’s intention to execute the music with precision and due attention to the score, as the notes underneath those cascades were brought off with panache; there was usually a bright, ringing quality to the trills and decorations (such as in Variation VII or the ‘French Overture’ of XVI); and gentler sections were poised and delicate, with the melodies sensitively moulded into expressive shape, as in the opening ‘Aria’, the arabesques of XIII, or the sinewy Chopinesque chromaticism of XXV.

Sometimes it was upon the detail rather than the overall effect that Tharaud expended attention, so his approach to the style of particular Variations or to their continued sequence was not always consistent. Emphasis upon some of the characteristic figures led to the progress of the music to feel laboured, such as the crossing left-hand of Variation V, and similarly with the quavers leaping back and forth in XXV, though its successor did not suffer the same problem. Where VI and XVII were elegant, and XXI sombre and serious, a few more contrasts would have been welcome if, for example, XV and XXV in a minor key had been more reflective and intensely drawn.

In other respects, however, Tharaud was certainly alert to structural blocks which can be sculpted by running groups of Variations into each other, hence the boisterously delineated opening five sections, or XIX to XXII forming a little suite. Alternatively he drove a sense of development by juxtaposing widely opposed moods, as in the bursting into life of Variation XIV after the finely spun melody of its predecessor, and the dainty XVIII standing between bolder numbers.

Tharaud observed repeats more often than not, and where he declined to do so, his choice seemed to arise as a spontaneous response to the course of the music at that given point, and did not sound unbalanced as a result. On the whole that spontaneity worked to the benefit of this performance to enliven an impressively considered and deliberate interpretation, though also accounting for its localised hindrances, albeit these did not fundamentally undermine the work’s integrity.