Tchaikovsky
The Queen of Spades (Pique Dame), Op.68 – Opera in three Acts and seven scenes to a libretto by the composer & Modest Tchaikovsky based on the novella by Pushkin [sung in Russian, with English surtitles] 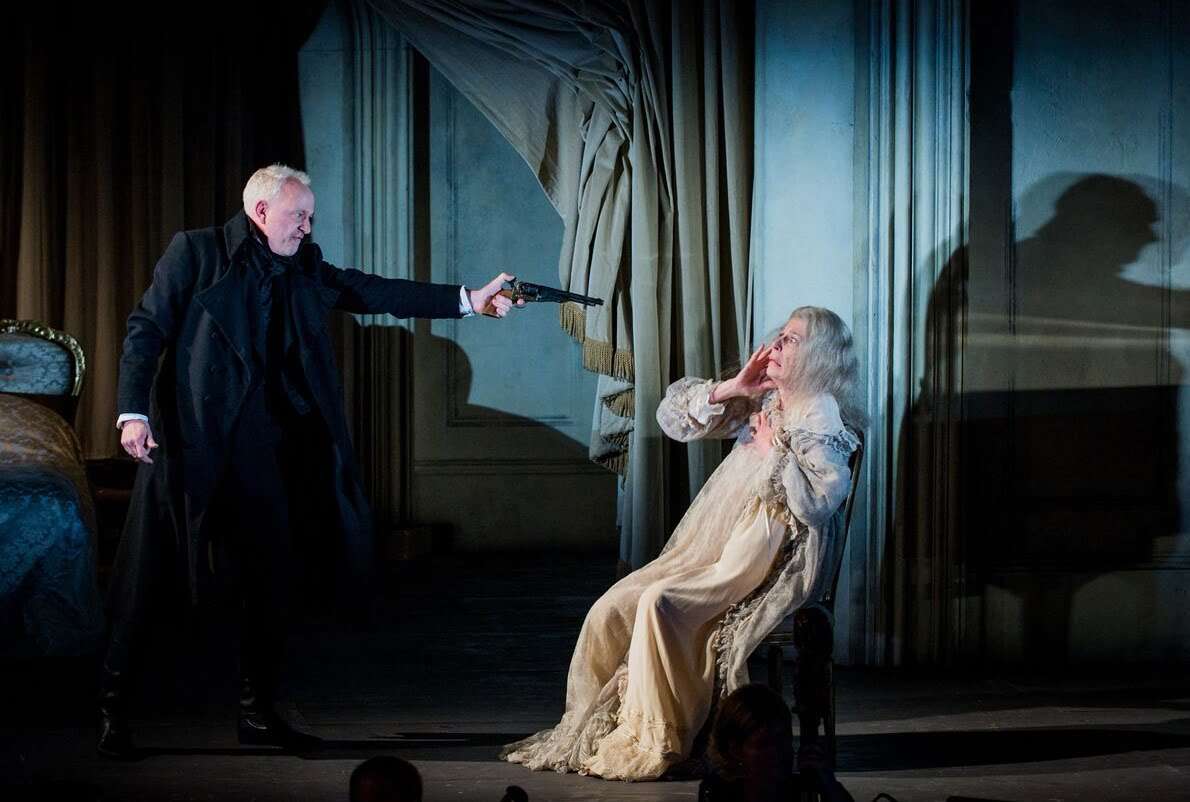 The Queen of Spades has not done badly by Opera Holland Park, with the staging by Martin Lloyd-Evans a decade ago now superseded by that from Rodula Gaitanou in what must rank as a highlight of recent seasons. Part of this success lies in the latter’s ‘less is more’ concept.

Robert Thicknesse’s lively programme article has its share of contention, but he is wholly on the money to say this opera is a victim of its success in having been mined for expressionist and psychoanalytical elements such as Tchaikovsky (let alone Pushkin – out of whose starkly sardonic short story the composer’s brother Modest created a diffuse while dramatically effective libretto) would not have countenanced. The Queen of Spades is, first and foremost, the human tragedy to which Tchaikovsky had most often aspired and which is realised here in fullest measure. 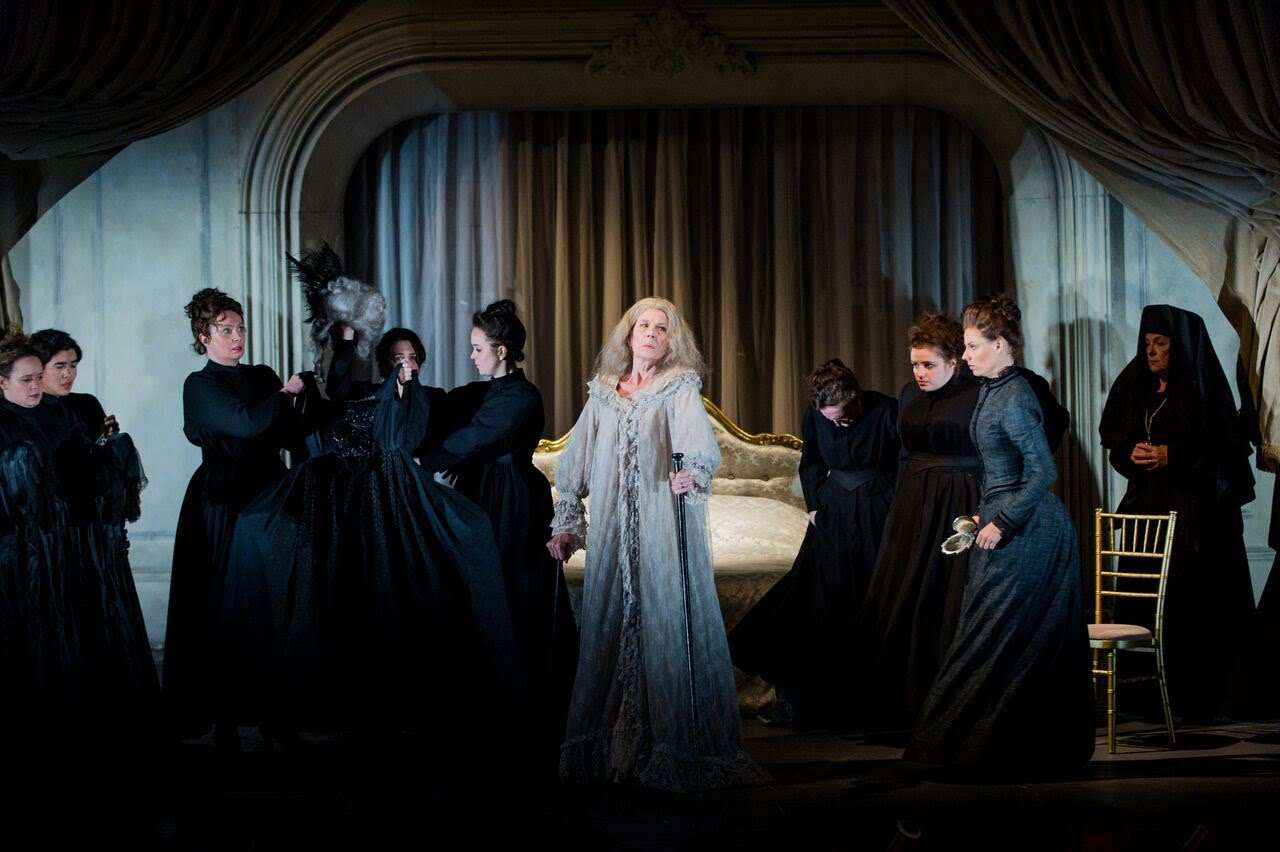 Moving a scenario set in the 1830s back some four decades may have undermined the original story’s temporal focus, but it also adds an emotional resonance which Gaitanou appreciates to an impressive degree – her naturalistic though never stolid production, with its knife-edge balance between the public and private facets of this drama, abetted by Cordelia Chisholm’s realistic yet atmospheric designs, Simon Corder’s no-less-effective lighting and Jamie Neale’s spatially aware choreography. These elements are fused to propel the score across its frequent highpoints (and its occasional longueurs), tracking the fateful interplay between the main characters as their orbits head inextricably towards a fateful denouement. The outcome is no radical reappraisal, rather a reinforcing of what made this opera ‘work’ from the outset. 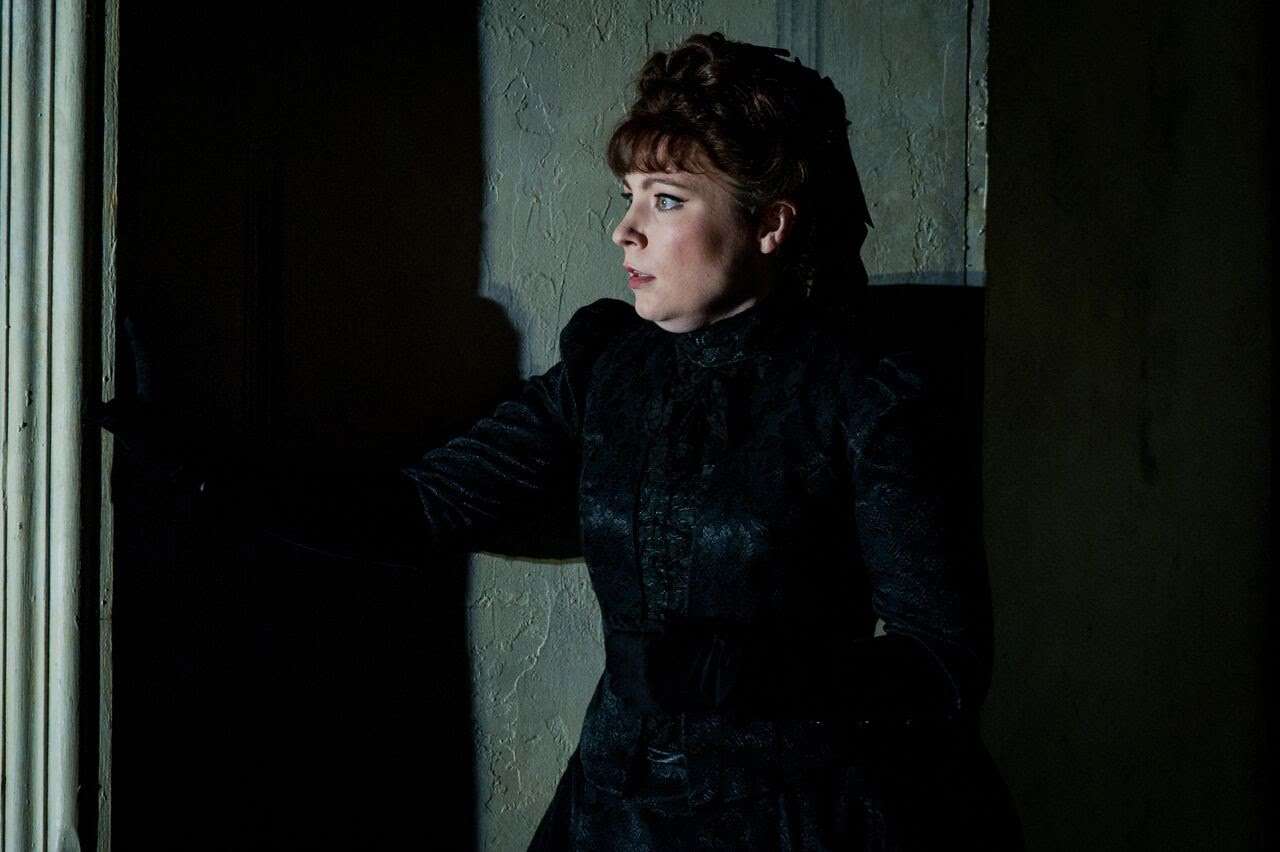 All of this would be relative were the cast not so consistently fine. As Herman, Peter Wedd brings humanity to one whose emotional angst can often spill over into self-pity. In this he is ably complemented by Natalya Romaniw, whose Lisa is neither weak-willed nor feckless but a victim of circumstance to which she submits out of unsullied human empathy. Continuing her traversal of mezzo roles, Rosalind Plowright makes of the Countess an intriguing figure all too aware that the indiscretions of her youth have blighted a younger generation. Richard Burkhard is an engaging Tomsky, while Grant Doyle evinces nobility to offset any staidness as Yeletsky. Subsidiary roles such as Laura Woods’s confiding Polina, Laura Zigmantaite’s prim Governess and Aled Hall’s uproarious Chekalinsky readily enhance the scenes at hand.

In what is a chorus opera with few equals from the late-nineteenth-century, the OHP Chorus acquits its collective self with thrilling immediacy – not least in its greeting of Catherine the Great, whose meretricious overkill makes for a suitable climax prior to the interval. No-less-fine is the playing of the City of London Sinfonia, doing justice to dark-hued woodwind and baleful brass, with cellos having that resigned eloquence Tchaikovsky so intuitively deploys. Peter Robinson conducts with a tangible feeling for the cumulative dramatic impact.

The Queen of Spades is far from neglected in terms of recent staging, but too many of these have ended up as conceptual muddle or simplistic reduction. In eschewing either and playing to the opera’s strengths, this OHP production succeeds in every respect.