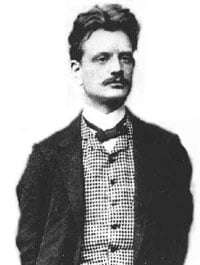 Jean Sibelius died fifty years ago, on the 20th September, and in commemoration of this, the “Sibelius and Beyond” festival of concerts, lectures and films, is well underway.

Even Sibelius-enthusiasts round on his piano music as being “non-pianistic and unimaginative”, offering “little more than salon-music shavings from the workbench”. But the three Opus 67 Sonatinas (there is another, Opus 80) have charm and depth. The works are not in the Romantic mould, but they can be thought of as being descended from late Beethoven. Written in 1912, after the Fourth Symphony, the music is a condensation of ideas.

Finnish pianist Paavali Jumppanen is a passionate and personal player, and so provided an ideal outlet for these Sonatinas of Sibelius. Perhaps the opening movement of the B flat minor seemed bigger than it should be, with a little more restraint being needed, but the required desolation was certainly reached in the middle-movement Andante. The joy of the fleeting ideas that permeate the final Allegretto, as expressed in the higher register, were well executed and the way in which the piece closes mid-thought was provided the requisite suddenness. Similarly, in the Second Sonatina, the brief, sinuous ideas were never allowed free-reign but were ever-present. The Third Sonatina was more gripping in its character, beginning with a mellifluous, child-like quality, before flowing readily in to the final Allegretto, which found the pianist right at home. 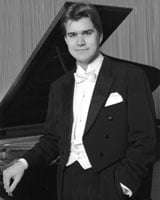 The offering of Lauri Kilpiö’s Strata provides evidence for the music currently coming out of Finland now, a commission from Jumppanen in 2002. Kilpiö states that the title refers to the different materials that are used in the piece. It is easy to discern what these materials are: passages of grace-notes and staccato dyads. It is a disquieting piece, and Jumppanen was easily able to probe and get under its skin. In places the music tries to achieve tonal territory but then is more defiant in its resistance, which gives the piece a level of schizophrenia.

Sandwiching the concert were two Beethoven piano sonatas. The two-movement Opus 78 did not quite capture the lyrical and humorous aspects of the work. The playing was technically-assured but a lot sounded ordinary and the brief, stormy passages came across as interludes. The Allegro vivace, though, was quite thrilling in its mania of ideas. The ‘Waldstein’ had its brilliance brought out superbly. The opening chords were well-defined (a hallmark of this performance was the definition and sculpting of phrases) and their reprise as a crescendo had great power. There was plenty of dynamism in the finale, where Jumppanen was able to build, without any hint of histrionics, an electrifying and captivating conclusion.

Understandably, Sibelius followed as an encore: a mercurial account of his Impromptu in B minor from the Opus 5 collection.