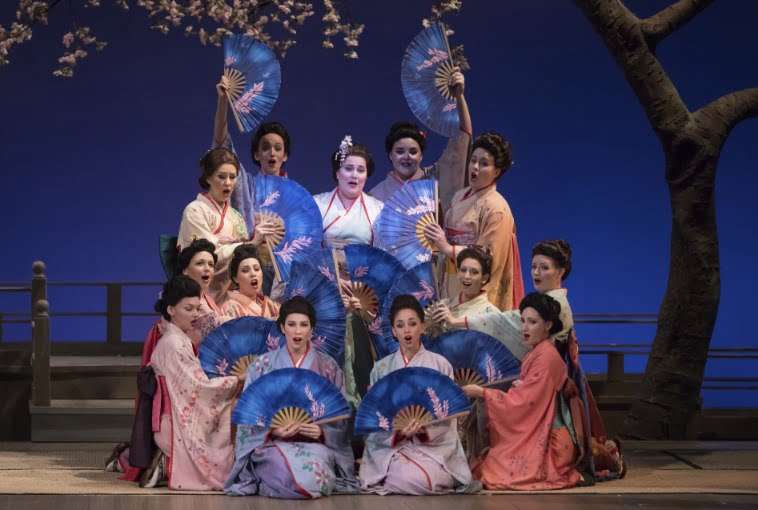 For its 2017 season Palm Beach Opera opens with Puccini’s Madama Butterfly. Inna Los as Cio-Cio-San (the Butterfly of the title) and Scott Quinn as Pinkerton make an attractive couple, enamored of one another and in splendid voice. Los’s ‘Un bel dì’ was lovely, her actions illustrating the words. Quinn’s expression rang out ardently in the love-duet, and he ably brought out Pinkerton’s varied emotions in his scenes with Sharpless, well-sung and -portrayed by Luis Ledesma.

Another highlight was Joseph Hu’s marvelous depiction of Goro – through fine singing, terrific stage presence and comic timing. As Suzuki, Zanda Švēde excelled in the ‘Flower Duet’ with Los, and persuasively demonstrated her character’s loyalty to Cio-Cio-San. Erik Anstine was excellent in the important role of the Bonze. The rest of the cast and the Chorus acquitted themselves well, with Michael Buquo, sharing the role with his brother, Matthew, especially endearing as Sorrow, Cio-Cio-San’s son with Pinkerton. 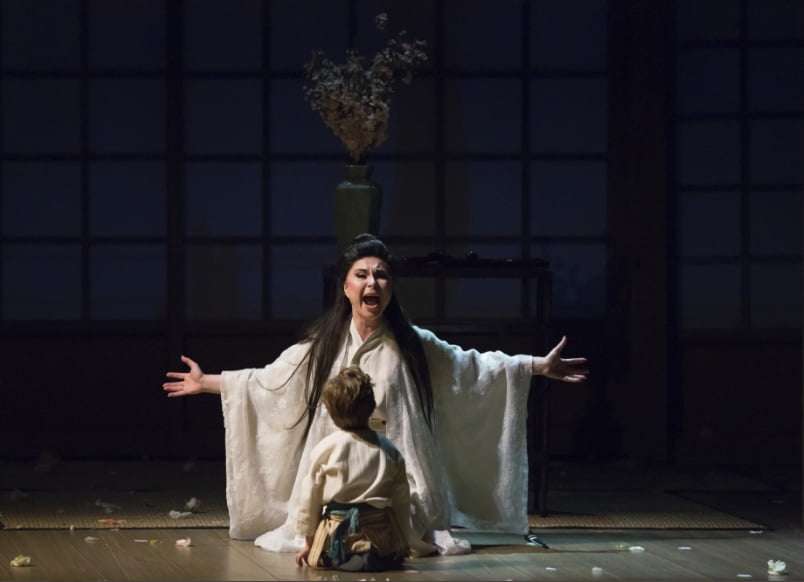 Patrick Clark’s beautiful and effective set uses sliding panels of translucent paper to reshape the house as required, with a cherry tree blooming in the garden and small shrines on either side of the house, one Shinto, the other Christian, between which Cio-Cio-San is torn, and the costumes are quite beautiful, most notably for her entourage and for those in the wedding scene.

Sean Nieuwenhuis’s gorgeous landscape projections set the mood before each Act, and added floral designs to the drama at significant points. In the final scene, a red circle, suggesting the Japanese flag as well as the self-spilling of Cio-Cio-San’s blood, grew steadily larger until the stage was enveloped. Derek Van Heel’s lighting was also effective, especially at the close of Act One as moonlight faded, leaving the newlyweds bathed in stars, and later for her nighttime vigil when Cio-Cio-San nervously awaits Pinkerton’s hoped-for return to the accompaniment of the ‘Humming’ chorus that joins the parts of Act Two (as Puccini originally intended).

David Stern, leading a spirited and lush account, favored brisk tempos without losing the music’s romanticism, and the Orchestra was in excellent form. Palm Beach Opera 2017 is off to a fine start, with Rigoletto and The Pirates of Penzance to come.