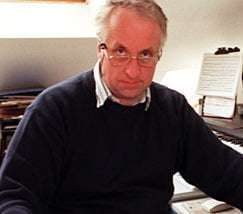 Paul Patterson, having decided that he could not add much to what the “brilliant” musicians had already done with his pieces, opted instead to introduce the chosen works with musical examples. He also explored the possibilities of the harp in general terms, which emerged as chameleon-like, qualities well-used in Spiders, Patterson’s Opus 48 from 1984. Its four movements are respectively rhythmically vital, gawky, creepy and suspenseful (the suite’s highlight, ‘The Black Widow’ represented) and, finally, energetic, the ‘Tarantula’ as tarantella. Conversations (1974, Opus 25) introduced the clarinettist and the pianist for music that is amicable, confrontational and intimate, the opening played with fiery virtuosity and, elsewhere, sensitivity. The wildly jazzy finale stayed in the memory long afterwards. One appreciates Patterson’s rigorous approach to composition, which also embraces much stylistic variety and expressive freedom. 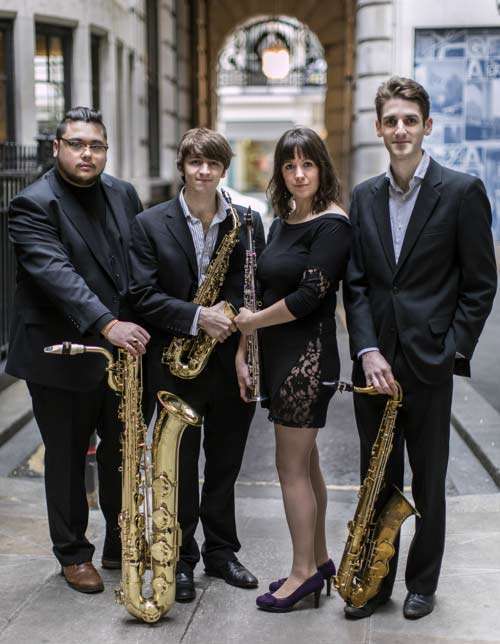 In the ‘main’ concert, Michael Foyle and Maxim Stsura impressed immediately in a further Patterson choice, ppp (2013, UK premiere), not a dynamic marking but standing for Penderecki’s Party Piece, from Frontline Composer to Linked Composer with an 80th-birthday tribute piece to the Pole (in attendance), music rough-hewn and teasing, generously lyrical, witty, and leaning at times to an Elgarian salon miniature. It was played with affection and panache. Sterner stuff with Lutosławski’s 1984 Partita (written for Pinchas Zukerman and Marc Neikrug, the later orchestration was for Anne-Sophie Mutter), music of poise, power and vivid communication, the ‘Ad libitum’ sections handled here as integral to the whole, Foyle and Stsura an excellent and well-matched duo.

There was no doubting the similar distinction of the Kaleidoscope Saxophone Quartet, even when saddled at first with Penderecki’s rather anonymous and ultimately tedious Saxophone Quartet – all shades of grey and nowhere near fifty of them – originally for clarinet and string trio (1993) until arranged by Harry White, and Sam Quartermaine-Smith’s irritating Tone Chasms (for three baritones and a bass) that may have introduced some inventive effects but these became tiresome well before the scheduled five minutes was up, save the piece went on longer than this. A performance of spit and polish, certainly, there was too much of the former.

After the interval, Foyle and Stsura were very persuasive with Anthony Powers’s In Sunlight (1993), evocative at times but not always as pastoral as the title suggests; it made for intriguing listening. Rather less so, Penderecki’s student, 1953, Violin Sonata No.1 – a promising if derivative piece constantly suggesting Shostakovich, maybe an influence at the time. Finally, the sax-players returned for Judith Bingham’s short and sweet Lace-making (2004), chugging along amiably for three or so minutes, introducing winsome melodies, the whole subtly shaded and always alive. Then it was full-circle to more Patterson, his Diversions (1976), ebullient and soulful, with an express-train of a first movement – a pleasurable journey, dazzling in these players’ execution – followed by a heart-touching bluesy second full of nostalgia, very embraceable (you). As for the hornpipe finale, fleet and allusive sums it up, save for the sexy waltz at the mid-point. Rule Britannia … aye, aye!